Jim Rickards Warns that Tsunami of Debt Could Upend the Economy 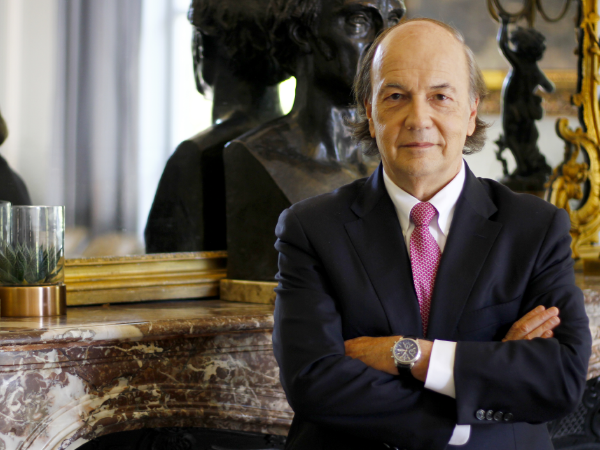 At some point, an economic problem deepens so much that the piper has to be paid. Both in the U.S. and globally, one of those problems appears to be mountains of debt.

Current global debt levels are simply not sustainable. Debt actually is sustainable if the debt is used for projects with positive returns and if the economy supporting the debt is growing faster than the debt itself. But neither of those conditions applies today.

In other words, most of the global debt we’re racking up isn’t being used for productive purposes. Instead it’s being used to service “benefits, interest and discretionary spending,” according to Rickards.

This debt growth should continue. According to the Institute of International Finance (IIF), global debt is expected to pass $255 trillion by the end of this year, and they don’t see the pace of debt accumulation slowing down.

In fact, you can see below how the official global debt has already skyrocketed from about $80 trillion in 1999 to this new record: 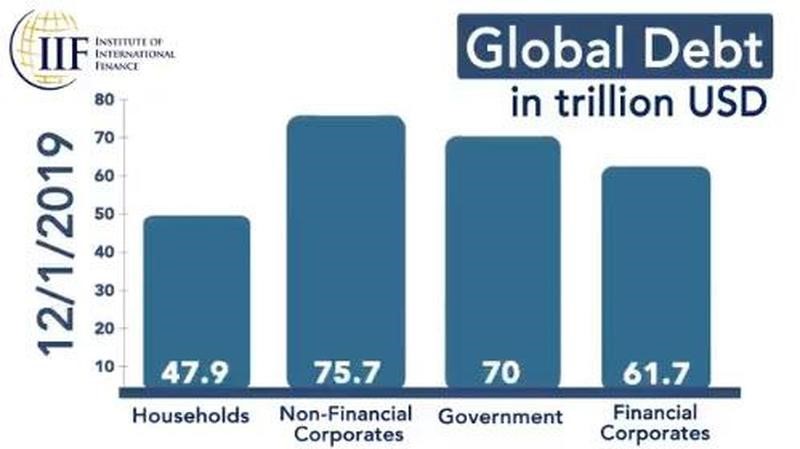 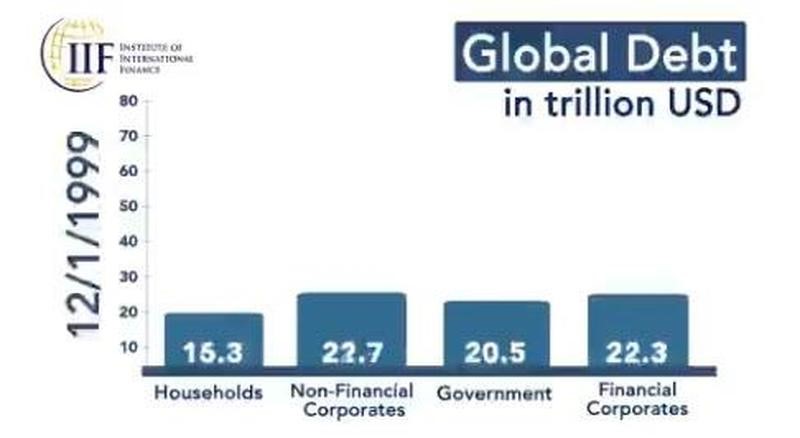 Zero Hedge reports that, by year’s end, the global debt will be “roughly equivalent to a record 330% of global GDP.”

With debt outpacing growth by such a large margin, we are fast approaching a day of reckoning. And when that day arrives, it could be disastrous.

The bank says that we’re in the fourth episode now, and their prognosis isn’t good. In fact, they called the failure to properly manage the global debt “complacency”:

“The increase in debt globally has already been larger, faster, and more broad-based since the Great Financial Crisis than in the previous three waves. This should be seen as a leading indicator for the possibility of financial crises ahead and shake up the complacency that is evident in macroeconomic policy making today with regard to increasing levels of both public and private debt.”

Jim Rickards thinks the “trigger” for an imminent global debt crisis, if one happens, would boil down to rates:

Low interest rates facilitate unsustainable debt levels, at least in the short run. But with so much debt on the books, even modest rate increases will cause debt levels and deficits to explode as new borrowing is sought just to cover interest payments.

He also thinks that if these debt levels and deficits spiral out of control, it won’t take much to trigger a debt crisis not seen since the 1930s.

World Bank President David Malpass sounded another alarm that if a crisis were to hit: “Emerging and developing economies are already more vulnerable on a variety of fronts than they were ahead of the last crisis.”

Put simply, that means disaster for those economies if the global economy is upended. The ripple effects from such a crisis would also hit the U.S. economy hard.

Once it hits, no amount of wishful thinking, denial, or ignorance will make this problem go away.

Make Sure Your Retirement Stands On Solid Ground

Unabated debt fueled growth on a global scale has put the world economy on a “knife edge of a debt crisis,” if Jim Rickards ends up being right.

So now is an ideal time to consider fortifying your own “economy.” Market optimism is almost always pushed until it’s too late.

If you want to hedge against that, don’t wait to start preparing your exit plan. Consider adding precious metals like gold and silver to your savings, which tend to perform well under uncertain economic conditions.