Home » Blog » Did Policy Makers Strike a Secret Deal to Drive the Sell-Off of the Dollar?

Did Policy Makers Strike a Secret Deal to Drive the Sell-Off of the Dollar?

Rumors about the value of the U.S. dollar are swirling following the G20 meeting in Shanghai. Did policymakers agree to weaken the greenback? 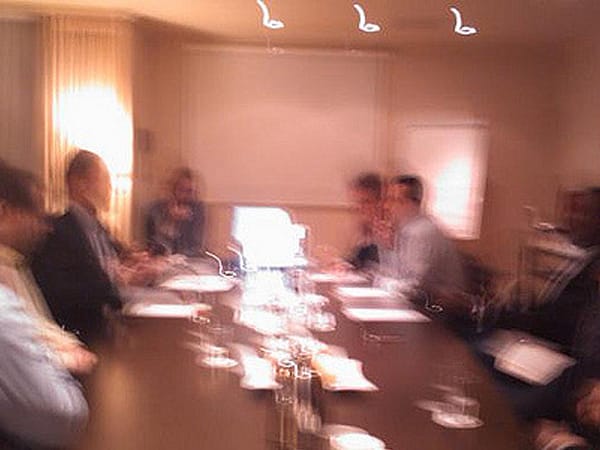 Government financial manipulation always has unintended consequences. For instance, the Community Reinvestment Act sowed the seeds of the 2008 housing crisis as the government forced commercial banks to make non-commercial loans — in other words, loans to people who could never pay them back.

Today we are not just seeing governments interfere in financial markets with loose monetary and disastrous fiscal policy, we are now living in an age where central banks around the world coordinate to screw up our collective futures, all within the guise of “trying to fix things.”

Recent speculation among market watchers suggests that the latest example of these global shenanigans came out of the recent meeting of the G20 in Shanghai. Although the participants of the global gathering deny it, some experts have openly wondered if a coordinated policy among powerful central banks emerged from the event, which would be designed to weaken the U.S. Dollar in the face of Chinese economic instability.

“To any conspiracy theorists, it’s all become quite clear,” said Chris Weston, chief market strategist at IG, in a note Friday. “There is a global coordinated central bank effort to weaken the [dollar] in play, which in turn has led to a massive de-risking in equity and credit markets.”

Of course it doesn’t matter that Chinese economic weakness stems from a communist “managed capitalism” approach and the fact that markets in China are not free; central banks around the world are attempting to provide a monetary Band-Aid in spite of the fact that it won’t work long term.

The misallocation of capital in China has created massive bubbles in real estate, infrastructure, and elsewhere — bad investments that the invisible hand from a market-driven economy would have prevented. This, in the long-run, cannot help but create an economic anchor on financial progress. No amount of free money will help… but that doesn’t keep the world’s central banks from trying.

Financial markets are very interconnected in today’s world — from energy to interest rates. If this collusion to devalue the dollar is indeed happening, most likely, we cannot even imagine the damage to our future and the risk being created on a global scale.

“Since the G20 meeting in Shanghai there have been many red flags,” noted Weston. “Whether it’s the [People’s Bank of China] easing the Reserve Ratio Requirements (RRR) by 50 basis points, the [Reserve Bank of New Zealand] cutting its cash rate by 25 basis points (very much out of consensus), or the European Central Bank (ECB) moving to a focus on credit markets and going significantly above and beyond expectations.”

Joachim Fels, a global economic adviser for Pimco, put it bluntly: “There seems to be some kind of tacit Shanghai Accord in place… The agreement is to roughly stabilize the dollar versus the major currencies through appropriate monetary policy action, not through intervention.”

Unfortunately, when central banks are active in manipulating financial statistics, the old maxim holds true for financial markets: Don’t fight the Fed. This has proven itself time after time; you just can’t get in front of this monetary policy train. It’s going to run its course, even though that course will most likely be economic pain.

Did the recent massive “Panama Papers” leak prove no-one is safe in cyber-space? Find out here.