Home » Blog » Does the Government Want to Outlaw Cash?

Does the Government Want to Outlaw Cash?

The government may be trying to ban cash or minimize its existence. What impact would this have on the U.S. economy and your savings? 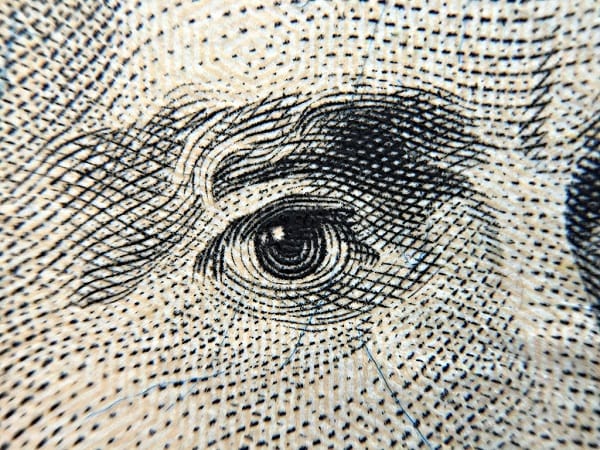 Worldwide, governments are moving to exert total economic control over their people; even here in the United States, the issue is being raised. The scenario that’s driving this draconian development is the prospect for negative interest rates, or NIRP.

The theory behind negative interest rates goes that if the government makes it so expensive to keep your cash in the bank, you will spend your money instead. And recently, a number of prominent economists and public figures have been calling to accomplish this through the outlawing cash, whether it be the 500 Euro note in Europe, or the $100 bill in the United States.

The problem is, not only is this policy over-the-top, jack-booted repression, it simply doesn’t work in the long run. Instead of forcing people to spend money, just the opposite happens. People see such a desperate move as evidence that economic hard times are not going away any time soon.

In fact, it tells them that things are going to get much worse, and the result is they save even more money.

In Japan for instance, when the Bank of Japan instituted negative interest rates, demand for safes at hardware stores skyrocketed, as did the demand for cash. The same thing happened in Switzerland.

“Our advocacy for the elimination of high denomination notes is based on a judgment that any losses in commercial convenience are dwarfed by the gains in combating criminal activity, not any desire to alter monetary policy or to create a cashless society”

“The connection between the increasing circulation of the big Swiss bill and the central bank policy is obvious.”

So, instead of encouraging people to spend money, the end result (or consequence) of this repressive central bank policy is to actually further restrict the circulation of cash! That’s because, out of fear of the government taking their assets in the face of economic stress, people are showing that they would prefer to keep the cash in the mattress.

And, there’s another potential (and BIG) problem in this scenario: Should there be a run on banks, they don’t hold enough cash to pay out everyone. This means that as individuals take cash out of the economy by squirreling it away, the Fed would have to print even more cash to satisfy financial institution liquidity demands.

If you take this logic even further, assuming the government is able to restrict its citizens from using cash, it is highly doubtful that freedom-loving Western populations will acquiesce to this restriction of economic freedom.

Instead of paying fees to pay banks to hold their money for them, they will find other ways secure their wealth. Whether it be cryptocurrencies like Bitcoin, or physical precious metals like silver and gold, Americans will find ways to live their lives and stay away from totalitarian control.

If the Federal Reserve instituted a policy of negative interest rates and attempts to ban cash in the United States, there could very likely be social unrest. In turn, this could retard the economy, meaning that we would have the exact opposite consequence from what the negative interest rates policy intends to cause. Barter could even come back into play.

If we study what happened with NIRP in Japan and Switzerland, you will see that it was those citizens who “panicked” first — by quickly withdrawing physical cash from the bank — who emerged as winners.

In the same vein, those who look to make sure they have a hefty parcel of physical gold in their arsenal are taking on an asset that is tangible, and that will always hold value — no matter what happens to our currency.

Remember, the Fed has already been testing a negative interest rates scenario, so you’re better off being a day early than a day too late. When you’re ready, we will be here to help.

Gold’s rally may just be beginning. This is why the metal’s future is very bright.

photo credit: The Eye of The Beholder via photopin (license)