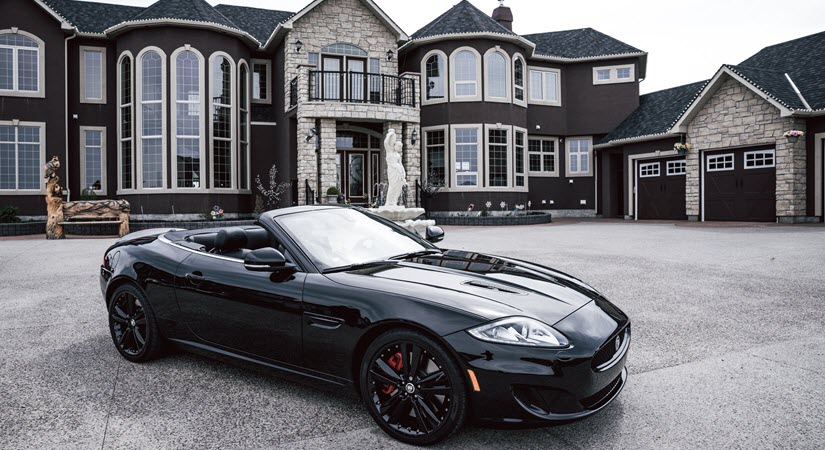 There isn’t any doubt, when inflation accelerates like it is right now, the lower income class has their financial worlds turned upside down. After all, that’s what happens when most of the food that we eat and fuel we use every single day suddenly becomes 10% – 43% more expensive.

But according to a recent report by CNBC’s Jessica Dickler, it looks like the least-wealthy 50% of Americans aren’t the only ones suffering:

As of April, 61% of consumers said they are now living paycheck to paycheck, according to a LendingClub report.

Even top earners are stretched thin, the report found. Of those earning $250,000 or more, 36% said they live paycheck to paycheck. [emphasis added]

Anuj Nayar from Lending Club said, “Earning a quarter of a million dollars a year is more than five times the national median and is clearly high income […] The fact that a third of them are living paycheck to paycheck should surprise you.”

Most of the time, inflation eats into the purchasing power of wealthier Americans, but they simply absorb it and move on.

Why is this time different? Why are over one-third of top-earning Americans living paycheck-to-paycheck?

Credit card spending rising 24% over pre-pandemic levels might have something to do with it, of course.

Based on this report, Americans who make more than $250,000 per year (the top-earning 10% in the nation) have some questionable spending habits:

So how did this happen? I have a theory…

According to the latest report from the Bureau of Labor Statistics, wages aren’t keeping up with inflation in any sense:

“Real” wages means adjusted for inflation. In other words, even though pay is going up, purchasing power is going down. And everyone is seeing this happen, across all socioeconomic categories.

When we factor in rising prices (which are separate from inflation, as Ron Paul recently pointed out) with tumbling purchasing power since the beginning of the pandemic panic, the picture becomes a little clearer:

That’s right: our U.S. dollars have lost over 10% of their purchasing power in just two years.

(I write about topics like this all the time and, honestly, this is shocking to me.)

The good news is, those rising prices may indeed be transitory. We’ve all seen gas prices go up and down over the last few years. Unfortunately, purchasing power that is lost due to historic inflation is lost permanently.

So here’s the situation in a nutshell:

At the same time, let’s remember that an awful lot of top earners, the 10% highest-paid Americans, also have multiple revolving credit card balances, personal loans and other financial commitments to meet.

I strongly suspect that people making $250,000 and more a year just aren’t accustomed to watching their bank balance as closely as lower-earning American workers. The less money you have, the more disciplined you have to be with your expenses.

I believe that these relatively well-off folks have been taken by surprise by surging prices and loss of purchasing power. I think they’re accustomed to having enough money and not paying much attention to their bank balances or credit card bills.

In short, I think they’ve been taken by surprise. I don’t believe they were living paycheck-to-paycheck before the pandemic panic and the subsequent economic fallout. Rather, they’ve only recently woken up to the reality that the vast majority of Americans have been dealing with for over two years now:

They’re falling behind faster than they’re getting ahead.

That pretty much sums up the economic situation we’re all facing, together – regardless of our take-home pay. And that leads us to a deeper problem that everyone is watching closely…

The U.S. dollar no longer passes the “money test”

The International Monetary Fund has a pretty handy definition of money’s functions:

Medium of exchange, check. You can use dollars anywhere in the U.S. to pay for anything – in fact, federal law requires dollars to be accepted “for all debts, public charges, taxes, and dues.”

Unit of account, check. Mortgages, bank balances, barrels of oil and dozens of eggs are all priced in dollars.

Store of value, well, not so much, as we discussed above. A proper store of value doesn’t shrink by 10% in just two years.

As we can see from this very simple exercise, the U.S. dollar is no longer reliable money. While it continues for us to use dollars as a medium of exchange and a unit of account, saving dollars today for future needs is a losing proposition.

If you’re doing your best to set money aside for emergencies or retirement, it makes sense to ensure the money you store today still has value when you need it.

Unfortunately, that isn’t easy. You may find yourself limited to a handful of high-cost mutual funds and subpar ETFs by your broker or your 401(k) administrator. Consider taking control of your retirement savings with a self-directed IRA. That gives you access to all the traditional asset classes from stocks to bonds, CDs to mutual funds – and gives you access to “alternative” asset classes including safe-haven physical precious metals. A self-directed IRA puts you in charge of your savings (it’s your money, after all!).

Even without a self-directed IRA, you can consider diversifying your savings into inflation resistant investments. Insulating your financial future against inflation is a good step that most people can take to help ensure the value of today’s savings for the long-term.

But whatever you choose to do, I strongly recommend you start now. The longer you delay, the less your dollars are worth.