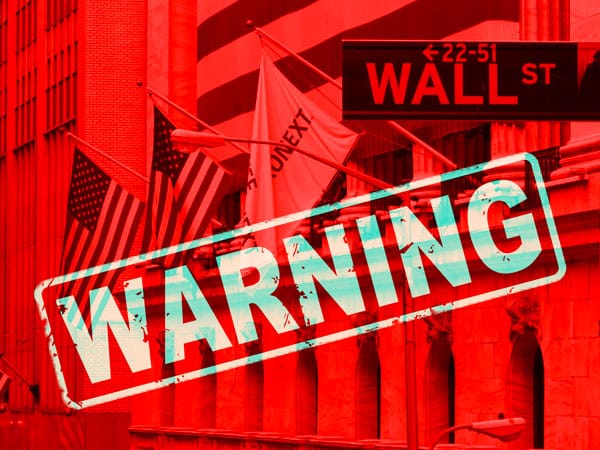 Leading up to the election on November 8, pundits warned of a major market drop in the event that Donald Trump were to win the presidency. But reality ended up proving them wrong. Markets are soaring on hopes that the Trump administration will breathe new life into the U.S. economy. Major indices are breaking 20-year records, and the Dow is up 800 points since Election Day, setting an all-time high.

But will the Trump rally last? If so, it’ll have to overcome some major hurdles. Here’s why Americans should be cautious of the sudden spike.

Big infrastructure spending and protectionist trade policies, two key pieces of Trump’s economic plan, could end up doing more harm than good if they increase inflation – as some fear.

Trump’s plan to spend nearly $1 trillion on infrastructure, while potentially beneficial for stimulating growth, would likely throw inflation into overdrive. The purchasing power of low and middle-income Americans would immediately drop, forcing them to spend more money on fewer goods. The overall value of the savings of these Americans would decline as well.

No doubt, Trump’s policies will likely bring economic benefit. The question is, at what cost? This remains to be seen.

Since Trump’s election win, interest rates around the globe have been trending upward. Rates on 10-year U.S. treasury notes have risen 2.85%, and rates on U.S. bonds have seen a similar increase.

According to Patrick Gillespie at CNN Money, this could be the beginning of a long-term trend:

Increased spending could cause inflation to rise faster, which would cause interest rates to go up more too. It would also make America’s debt less of a safe haven for global investors. Higher risk can push up rates too.

Rates are also rising because many anticipate the Federal Reserve will hike interest rates next month [December] for the first time in a year. And if Trump’s policies end up causing growth and inflation to tick up, it could cause the Fed to raise rates faster than previously planned.

The danger here lies in the fact that rising rates put pressure on anybody interested in borrowing money to get a car, buy a home, or fund a business. And if rates climb too quickly, it could put Americans in a pinch.

Catch-22 in a Strong Dollar

On a cursory level, growth in the dollar’s value seems like a no-lose situation. But while a stronger dollar has benefits, it comes with downsides too.

First of all, an expensive dollar strips the appeal of American exports for foreign buyers, a circumstance that risks stagnation and hindered growth in the U.S. economy, not to mention the potential for job losses.

On top of that, a rising dollar also makes domestic goods and services more costly for Americans, a losing proposition for a working class that’s already struggling.

No matter how long the Trump market rally ends up lasting, there’s a definite shift in the saving and investing strategies of Americans, and it could end up offering a great opportunity for anyone interested in real assets like gold.

Jeffrey Gundlach of DoubleLine Capital – who voted for Trump and accurately predicted him as the winner earlier this year – explains:

There is going to be a buyer’s remorse period… The dollar is going to go down, yields have peaked and will move sideways, stocks have peaked as well and gold is going to go up in the short term… People want something real… No more on this ‘man behind the curtain’ stuff. Industrials, materials… They want cement.