Last week, for the first time in six years, China revealed its official gold reserves. But now, many are doubting the validity of the figures. Find out why here. 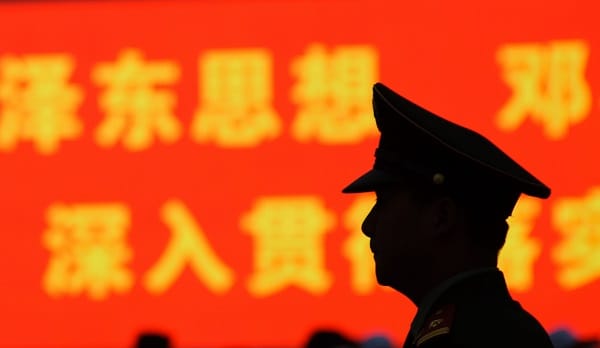 This week, Your News to Know covers the latest hot topics from the world of finance and the gold market. Stories include: China shocks everyone with gold reserves figure, sales of Gold Eagle coins are surging, and an asteroid worth $5 trillion in precious metals is about to fly past Earth.

For the first time since 2009, China’s central bank disclosed its gold reserves – according to the People’s Bank of China (PBC), they only have 1,658 tons (53.32 million troy ounces) stored. If this is correct, it will mean China added only 600 tons of gold to its reserves in the last six years. Could these numbers be true? Most experts agree that the answer is no.

Forbes’ Gordon Chang examined the case of China’s ‘miniscule’ reserves and shared some of the reasons China could have for “lowballing” their reserves figure, as GoldCore’s Mark O’Byrne puts it. With China being the world’s top consumer of gold, most agree that their reserves should be much higher, with some suggesting that the real amount could be as high as 3,510 tons.

One theory is that China might be trying to boost people’s confidence in the dollar, but Chang finds that off the mark since the greenback hardly needs such assistance. A more plausible explanation is that China could try building momentum by announcing multiple purchases in the coming months, all part of the country’s plan to persuade the IMF into including the yuan in its Special Drawing Rights basket.

Things get even more interesting when we consider an explanation offered by Sharps Pixley’s Ross Norman, whom Lawrence Williams calls “one of the smartest gold commentators out there”. Norman believes China might be making an effort to downplay gold’s value on the global market as they stockpile as much of the yellow metal as possible. Indeed, rumors of this have been circulating for a while, but without a clue to China’s endgame. As Norman puts it: “Perhaps they are playing the long game both with regards to the economy and with regards to declaring its hand fully and openly on gold.”

Sales of Gold Eagle coins are surging thanks to financial turmoil

Gold Eagle coin sales have been on the rise ever since the threat of a Grexit became a reality. During the week from July 6 to 13, the U.S. Mint updated their numbers to show that sales figures reached the highest point in over a year.

By July 6th, U.S. Mint’s monthly sales figure already reached 21,500 ounces – a staggering amount considering that that was how much was sold in the entire month of May. The massive June sales figures, amounting to 76,000 ounces, look to be comfortably surpassed by the end of July, as 65,500 ounces were sold by mid-month.

Pointing out that sales started increasing a month before sales of the Silver Eagle were suspended, Steve St. Angelo dismisses the discontinuation as the reason behind sky-high figures and the real driving force is investor concern. It’s not clear how the recent European Central Bank (ECB) bailout package for Greece will impact bullion sales in the future, but St. Angelo warns that this ‘solution’ only “postpones the inevitable”.

Similarly, St. Angelo expects Chinese stocks to continue sliding despite large-scale selling now being illegal, reminding us that the same thing happened in the U.S. “The world financial system is weaker than ever,” he notes. “A bailout package here and governments making selling of stock illegal are not sound fundamental policies to fix the system. The global financial and economic system (especially in the West) died in 2008.”

Mining.com’s Andrew Topf reports that a pricey asteroid recently made its way for Earth – or rather, just past it. Named 2011 UW-158 and stretching half a kilometer in width, the precious rock contains reserves of platinum whose worth has been estimated at $5.4 trillion, making it a somewhat unusual celestial body.

2011 UW-158 went past Earth in a time of widespread discussion about mining opportunities in outer space. Asteroid mining company Planetary Resources defined the asteroid as an ‘X-type’, making it suitable for mining, with scientist Bob Berman of Sloosh Community Observatory wondering about the possibility of ore being extracted from the rock in the near future. According to geologists, the 9,000-some asteroids orbiting around Earth are rich with various ores, including those of precious metals.

The platinum-filled asteroid is expected to return in three years, when it should move even closer to Earth.