Home » Blog » Are We Witnessing the Early Stages of a Bull Market in Gold and Silver?

Are We Witnessing the Early Stages of a Bull Market in Gold and Silver? 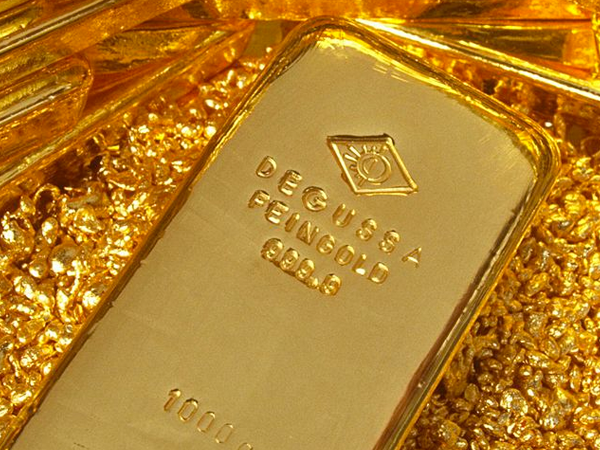 This week, Your News to Know rounds up the latest top stories involving gold and the overall economy. Stories include: Get ready for gold to touch $1,800, gold heads for fourth straight month of gains over growth slowdown and trade worries, and gold prices skyrocket as investors pour into the metal over recession fears.

After a disappointing June meeting between President Trump and Chinese president Xi Jinping, Forbes contributor Naeem Aslam believes that Trump’s recent speech at the G7 summit did little to soothe worries that both economies will keep insisting on their respective trade terms. In the absence of a satisfactory deal, the Federal Reserve has looked to offset the effects of the escalating trade war by turning dovish and hinting towards a continuation of interest rate cuts.

President Trump has been very supportive of a looser Fed approach, having most recently called upon officials to cut the benchmark rate by another 100 basis points. Should this happen, Aslam sees gold leapfrogging the $1,600 resistance level and reaching $1,800 an ounce in the near future.

The move doesn’t seem unlikely, as the metal most recently climbed as high as $1,555 an ounce during its traditionally weakest quarter. Aslam’s prediction is bolstered by many speculators who are placing their bets that the 10-year Treasury will dip into negative territory by 2021.

This falls in line with the recent inversion of the Treasury yield curve, which has historically acted as a surefire signal that a domestic recession is underway. The long-forecasted inversion only strengthened fears of a looming U.S. recession, as concerns that the domestic economy will go under began as soon as the Fed started their tightening cycle in 2015. Per the Fed’s own gauge, the risk of a domestic recession occurring in the next six months is currently at its highest point since 2008.

Having climbed roughly 19% since the start of the year, gold has posted its fourth straight month of gains. Silver has enjoyed a similar run, with prices most recently climbing above $19 an ounce. Silver’s 12% price gain in August represents the biggest monthly gain for the metal since June 2016 and translates to a 7% overall gain since the start of the year after a period of conspicuously low prices.

According to Suki Cooper, a precious metals analyst at Standard Chartered Bank, the two metals’ run is intrinsically tied to the worsening trade relations between the U.S. and China. Cooper noted that investors are closely monitoring the trade dispute, as even a hint that neither country will back down from its demands should be enough to keep both gold and silver’s momentum flowing.

Besides the trade standoff, Cooper also notes that gold is heavily benefitting from interest rate cuts in both the U.S. and Europe. While the Federal Reserve’s rate cuts compromised Treasuries and strengthened fears of a domestic recession, the European Central Bank’s (ECB) own rate cuts, expected to start in September, are also playing their part in boosting the precious metals market.

Aside from loosening its monetary policy, the ECB also slashed its growth forecast as numerous top economies in the eurozone continue to post disappointing data. The threat of an imminent global growth slowdown is yet another driver that has already helped gold climb to its highest level in more than six years.

Gold and silver weren’t the only gainers, as platinum recently rose to its highest level in more than 16 months while palladium jumped 4.1% after hitting a one-month peak.

As Yahoo Finance’s Brian Sozzi notes, most Wall Street investors agree that gold will maintain its tremendous momentum and perhaps even reach $1,600 an ounce in the short-term. While the metal has responded extremely well to ongoing trade tensions, the rate-cutting from central banks around the world has been equally important when it comes to stimulating demand.

In an uncertain economic environment, investors tend to flock towards safe-haven assets, which are few and far between. Low or negative-yielding bonds around the world, as well as the threat of a negative-yielding 10-year Treasury, have driven investors to shun other havens and choose gold to protect themselves.

VanEck’s gold portfolio manager Joe Foster concurs, pointing out that both individual and institutional investors are seeing the mounting risks in the financial system and are pouring into gold to hedge their bets. Foster added that we might be witnessing the early stages of a bull market in gold, and that the metal could soon pass the $1,600 mark.

In a recent note, Deutsche Bank’s metals analyst Michael Hsueh also pointed to central banks as an equally important force behind gold’s latest gains. Central banks have been consistent net buyers of gold bullion for over a decade, but have more recently upped their purchases by a significant margin, with several countries making multi-ton acquisitions after years of absence from the gold market. Hsueh said that, like private investors, central bankers are aware of the rising macroeconomic risks and are responding in kind. Hsueh also thinks that the rise in central bank bullion purchases will play an especially prominent role in establishing gold’s long-term bullish trend.