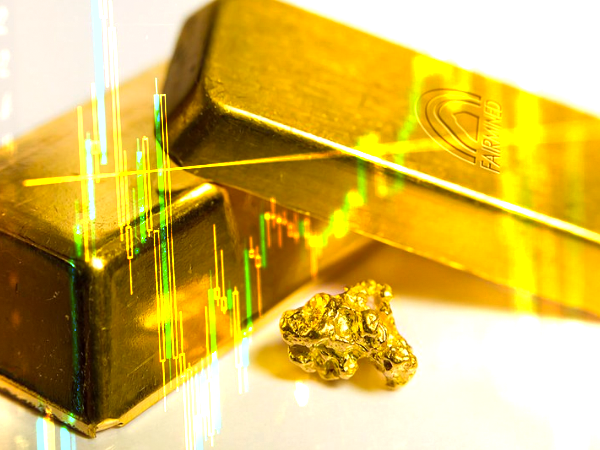 This week, Your News to Know rounds up the latest top stories involving gold and the overall economy. Stories include: The path for gold is up, investors are reaching far to get their hands on physical gold, and an overview of which nations hold the most bullion.

The latest projection by the Organization for Economic Cooperation and Development (OECD) that coronavirus containment measures will shrink the global economic output by 20% to 25% would be a massive blow to a flourishing world economy. To one that was already struggling with declining growth and ballooning debt, it could prove devastating.

Forbes contributor Rainer Michael Preiss, like many other analysts, sees the coronavirus pandemic as the catalyst that erased the option of sweeping existing issues within the global economy under the rug, as has been the trend for some time. Gold is responding in kind, tracing back above its seven-year high of $1,600 and outperforming the greenback during an overwhelming rush to liquidity.

As great of a place as gold is to be in right now, Preiss thinks the coming economic fallout will solidify the metal’s spot as the top asset. Aside from the existing equity bubble and a global debt figure that is expected to reach $257 trillion by the end of Q3, governments around the world will also have to deal with the rapid acceleration of a global growth contraction whose roots are buried deep.

Preiss, like veteran investor Mark Mobius, thinks that interest rate slashes, debt deflation and excessive amounts of money printing are likely to become the norm moving forward. Any one of these scenarios would create a persistently bullish gold market, but combined, they could usher in something exceptional for the metal. Besides the expected currency debasement that is a common result of financial crises, Mobius also advises investors to look out for a potential shock to the global banking system that would highlight the independence of gold’s value.

In the midst of a supply shortage, investors are searching for bullion far and wide

As gold demand grows more intense by the day, the issue of supply has been brought to the forefront. Far from only individual investors not being able to get their hands on bullion, the supply squeeze has raised question marks over whether issuers of derivatives and contracts are able to cover their products.

With buyers pouring in as logistical issues arise in key gold-supplying points, New York has had to broaden its scope in order to meet bullion obligations. Along with the U.S. Mint selling the most bullion coins in three years, Australia’s Perth Mint has posted highest bullion sales figures since 2013.

Yet even government refineries haven’t been able to meet demand, which brought investors to independent gold processing firms such as Australia’s ABC Refinery. Out of their various products, ABC’s 400-ounce gold bar has seen special attention from international buyers as the gold market experiences fireworks.

“We have received increased demand from North America, obviously with the recent Comex liquidity shortage,” said ABC’s Managing Director Phillip Cochineas. Cochineas added that demand has likewise come from Europe as many of the region’s refineries shut down their operations due to the coronavirus.

These 25 countries have the tightest grip on gold bullion

The issue of physical gold supply has come to prominence as the market sees its biggest influx of buyers since 2013 and transportation becomes more and more difficult. In a recent analysis, 24/7 Wall St. examined data from the World Gold Council compiled in January to see which countries are holding the most gold.

While all nations are supposed to hold sizeable amounts of gold to guard against hyperinflation, the total global central bank holdings of 34,700 tons of bullion are hardly distributed evenly. As the analysis shows, 25 countries hold 80% of the world’s national gold, and the top holders aren’t always the wealthiest nations.

The inflows and outflows of gold among these seven countries are somewhat peculiar when compared with their holdings. Despite being fifth on the list, Russia has been the world’s biggest gold buyer for years by a wide margin and continues to increase its reserves on a monthly basis. It’s also the largest gold producer alongside the U.S. and China, the latter accounting for 16% of global gold production in 2016. Likewise, judging by its reserves, one wouldn’t immediately guess that Switzerland is a cornerstone of global gold refinement.

The remaining countries’ holdings are substantially lower, although the list shows that many emerging markets have bolstered their reserves to rival or surpass much wealthier nations: