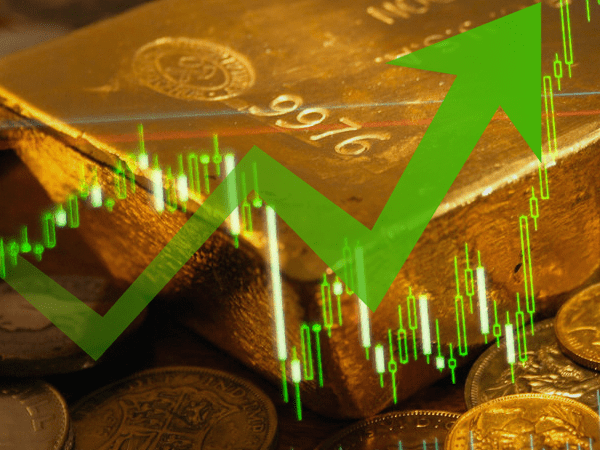 This week, Your News to Know brings you the top news stories involving gold and the overall economy. Stories include: Gold wins new fans with weakening dollar, when bad news is good news for gold, and gold shines as Washington stumbles.

Gold is winning new fans after going past $1,300 an ounce on the back of U.S. economic woes. Due to a dovish Federal Reserve policy and questions surrounding President Trump’s growth agenda, an article on Newsmax notes that gold should remain an attractive prospect with potential to rise further.

Luc Luyet, a currency strategist at Pictet Wealth Management, sees gold trading at at least that level for 2018. After changing his neutral sentiment on gold, Luyet’s group predicts one Fed hike in 2018 and a weakening dollar, both of which will support gold prices.

Bank of America Merrill Lynch likewise forecasts that bullion could reach $1,400 an ounce early next year, while billionaire hedge fund manager Ray Dalio sticks by his recommendation for investors to allocate 10% of their portfolio to gold in order to shield their wealth from ongoing geopolitical uncertainty.

Gold spikes in price: When bad news is good news

Other than the threat of a nuclear-powered North Korea, the unprecedented flooding after Hurricane Harvey and tensions between the U.S. and Russia have all helped gold stay on its upward trajectory.

George Gero, managing director at RBC Wealth Management, thinks gold could trade above its current level of $1,300 due to the ongoing issues supporting its rally. The money manager reminds us that bullion hasn’t traded this high since the 2016 Presidential election, gaining a total of 14% so far this year.

Reports of yet another ballistic missile being fired by North Korea as well as the stern response by President Trump that followed, helped put risks faced by the markets into perspective. The idea that smart money is pouring into gold was reinforced by recent comments from Ray Dalio, in which the money manager praised the metal while admitting that the course of the situation with North Korea is anybody’s guess.

However, Dalio noted that the possibility of things getting heated with the Asian nation make a 10% portfolio allocation to gold a reasonable consideration for any investor.

Business Insider’s Russ Koesterich notes that 2017 has been a strange year for investors. While risky assets such as stocks have, for the most part, advanced sharply, safe-haven assets that manage those risks have advanced as well.

Gold is said to thrive in environments with rising inflation and volatility, yet the metal rose 14% without the support of either of those factors, leading Koesterich to list two other reasons for gold’s rally.

The first is flat real rates, which have stayed low despite a publicized hiking of interest rates by the Fed. After being pushed down by post-election euphoria, gold rebounded when real rates stopped rising in early 2017.

Real rates tie into the second reason Koesterich provides for gold’s rally: political uncertainty in the U.S. On its own, policy uncertainty is meaningful enough to drive gold prices, as it has done often in the past. Yet investors came into 2017 with hopes of either a tax boost or infrastructure spending by Washington, creating the so-called reflation trade.

Low odds that either will materialize have led to a reversal in the reflation trade, and Koesterich notes that gold has benefited as a result. Moving forward, he asserts that the metal’s near term depends on actions by the Trump administration. In the absence of a fiscal stimulus, he believes that gold prices will be kept above by record low real rates and political uncertainty.

And while Koesterich says that the passing of a stimulus could temporarily halt gold’s rally, he finds it an unlikely scenario as it’s hard to bet on the White House posting a win at this stage. Whichever the case, gold’s low correlation with other assets will continue to make it a valuable means of portfolio diversification and wealth protection.