Home » Blog » Is the Economy Headed Towards Disaster? Alan Greenspan Warns that It Is

Is the Economy Headed Towards Disaster? Alan Greenspan Warns that It Is

Recently, former Fed Chair Alan Greenspan warned that the global economy is headed for disaster. Could we be facing systemic risk? 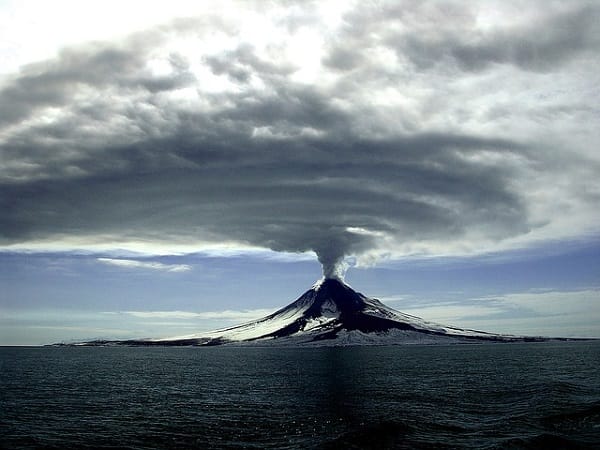 In a recent interview with Fox Business, Alan Greenspan pulled no punches on the state of the economy.

The former Federal Reserve Chairman believes that the United States and Europe are set to face some serious economic problems, saying that we have “a global problem of a shortage in productivity growth.”

One of the major problems is that the aging population that is retiring is entitled to Social Security money; however with the economy’s inability to produce goods and services efficiently, the shortage in resources to meet these obligations is growing by the day.

Rather than a short-term economic problem — like a temporary recession — this is a systemic issue that will be almost impossible to paper over without serious consequences.

Greenspan believes that governments are going to be confronted by another major financial crisis as economies struggle to pay for entitlement programs. Just picture what’s currently going on in Venezuela — but on a global scale.

It’s no secret that Social Security itself is set to run out of funds by 2033. What will the government do then?

These entitlement programs need to be funded from somewhere. But, when that well from “somewhere” runs dry, then the system falls in on itself. This is what Greenspan is alluding to.

Greenspan has previously voiced his concerns over the growing bubble in the bond market, which has showed no signs of resolving. He even went as far as to say that gold is a good place to put money these days given its value as a currency outside of the policies conducted by governments.

Back in 2007, Greenspan went public with a warning that a recession was coming and that housing was in a bubble. A year later, his prediction was proven correct.

(Of course, the irony is not lost that Greenspan served from 1987 to 2006 as Chair of the Fed — precisely the organization largely responsible for the mess we’re currently in.)

With someone as prominent as Alan Greenspan warning about where the economy is headed and the state of entitlement programs, you may want to consider his advice by taking matters into your own hands and owning some gold as a safety measure from the Fed’s inability to deal with the challenges we are set to soon face.

Gold can help to safeguard your savings from economic turmoil. And given the economy’s current predicament, this makes right now one of the best times to start to get protected.

Before it’s too late, give us a call. We’ll help you get started.

Are will banks always be vulnerable to cyber attacks? Read more here.