The Enslavement of Infinite Money 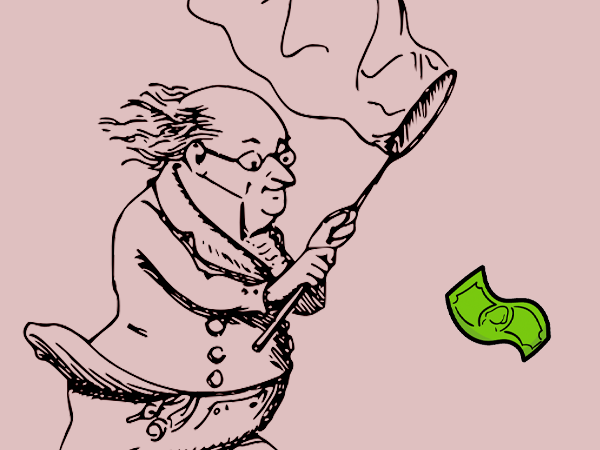 The phrase “don’t fight the Fed” is an unfortunate but popular delusion. It presupposes that the central bank has limitless power to direct the economy because it can print limitless money. I’m not sure where this idea comes from, but consider the fact that anyone today who is under 30 years old was barely old enough in 2008 to understand or care about the credit collapse. These people spent their formative years knowing only stimulus and QE. In their minds, this is the norm, and they think it always works because they haven’t yet witnessed a collapse.

I would say a better phrase for the 2020s is “The Fed is not going to save you”; the Fed is not a superhero and it does not have the power nor the inclination to protect the little people from economic folly. This should be readily apparent today, as the COVID-19 pandemic continues to spread and the central bank can’t seem to cure it with Quantitative Easing.

My position has always been that the Fed has no intention of saving the economy, only making it appear as if they care. This is evident in the fact that they created the Everything Bubble in the first place with years of near zero interest rates, then abruptly hiked interest rates into economic weakness, just like they did during the Great Depression. All it took was a few rate increases to cause stock markets to plunge in December 2018; liquidity was strangled and repo markets became unstable. Jerome Powell knew perfectly well that this would be the result; he openly discussed it in the minutes of the October 2012 Federal Open Market Committee.

The Fed ignored the decaying economic conditions of historic national debt, corporate debt and consumer debt, all the while claiming that the U.S. economy was “strong” and “in recovery” in their Beige Book assessments. The financial elites were lying. They knew they were lying, and they knew that the system was on the verge of a breakdown. What they needed was an event that would provide cover for the crash that they created, and lo and behold, the “lucky” coincidence of the coronavirus outbreak appears.

Now, all the buildup to the crash will be forgotten by the masses and the mainstream financial media. The fact that the central banks set this collapse in motion will be overshadowed by the pandemic, and the virus will be blamed for everything (alongside nationalism, conservatives, “selfish” people that want their freedoms and defy lockdowns, etc.).

To be sure, the lockdowns are the final nail in the economy’s coffin, but it was the Fed that dug the grave. For now, Fed stimulus is achieving little other than stalling the free fall of stock markets; the rest of the economy is done. The Fed knows it, but the public doesn’t see it yet.

With the word “reopen” on everyone’s minds right now, hopes are high, but it is a false hope. According to the elites own schematics for handling the pandemic, the plan is to use a kind of “wave theory” in which the economy is reopened for a short time – perhaps a month – and then closed again for another couple of months. The goal is to cause the spread of the virus in the span of that month and then use the spike in infections and deaths as an excuse to close everything down again. The public does not seem to be aware of this plan, even though it is openly admitted.

The next widespread lockdowns will likely occur in June. Some places in the U.S. are not opening up at all. This will cause a rush of people from high population areas into rural areas looking to escape the restrictions, even if just for a week or two. Infections will then spike in places that were once free of community transmissions. The rationale will then be in place to enforce even harsher restrictions.

When the lockdowns are instituted again, the U.S. population is going to go berserk. They think the crisis is almost over; they have no idea that it’s only just beginning.

The calls for unlimited stimulus are rising in the wake of the disaster. Small business bailouts failed miserably, drying up in less than two weeks with only 4% of loan demands accounting for 45% of the total money made available through the government program. The second round of bailouts will probably follow the same trend. The problem is that the economy was already in dire straits before the pandemic; everyone needs money now. The debt vacuum is forever hungry.

But what about the $6 trillion in stimulus the Fed has already generated? Well, that has mostly going into U.S. treasuries and major corporations, not to the little guy even though small businesses employ around 50% of U.S. workers. So here is what is about to happen…

A large portion of small businesses will shut down. People will not be going back to shopping in droves like they used to, as the average American now realizes their resources are finite. The spend-easy mindset is now over, as people will be more likely to set cash aside “just in case”. Lingering concerns about the virus will probably stifle any rush to normalcy. This is exactly what has happened in Georgia, one of the first states to reopen, as businesses still suffocate as they wait for shoppers to return.

They will try to hang on through the reopening, but without a steady flow of cash from the government, they will not last. The calls for regular bailouts will grow. On top of this, stimulus checks to individuals have also fallen flat, as a number of people continue to wait for aid. When it finally arrives, these checks will stave off personal crisis for maybe a month or two. By the end of June, as reality begins to set in, I expect to see very real desperation among lower income Americans.

Stimulus can buy us months, but with the stagflationary environment we find ourselves in, Universal Basic Income will have limited effect for the long term.

As prices of necessities inflate, government stimulus will buy less and less. And the more the Fed continues to print, the more inflation we will see in certain sectors of the economy. The government could try to introduce price controls, but this generally causes production to slow down, as there are no incentives and the cost of manufacturing outweighs any potential profits. Wages will decrease dramatically, and unemployment will skyrocket. The government will offer only one option: nationalization of all essential industries.

This is what happens when all economic activity is centralized under the control of governments and central banks. There is no avoiding the consequences.

The average citizen will be reduced to near-third-world status, waiting desperately every month for a government check that barely allows them to survive. Rent protests will become a regular occurrence, which means landlords and owners will either have to work out some kind of alternative deals with renters or sell off properties that they can’t afford to maintain. By the end of this year and into 2021, I believe the collapse will start to peak.

Fed stimulus is a Catch-22, a non-solution. Having the ability to print money in unlimited amounts still has limited benefits. It does not account for rising production costs, nor does it account for inflation in necessary goods, nor does it account for supply chain disruptions and manufacturing shutdowns due to the pandemic. No money printing scheme in history has ever successfully solved an economic crisis. Not one. At most it can slow down the collapse for a time, but not stop it.

The real answer to the problem is one that the banking elites will never acknowledge: decentralization and localization. Localized production, self-sustaining independent economies in which trade and manufacturing is promoted on the micro-level, not to mention local scrip backed by commodities, as well as gold and silver as money alternatives; these can create redundancies in cities and counties and states that could save them from national and global level disasters. The sad thing is people will not consider these solutions until they are already mired in the crash.

Those communities that do implement such measures will be attacked by the establishment, and this will only confirm for us what the real fix is. You are not allowed to save yourself, you are only allowed to sit and wait for help. The stimulus machine is enslavement; and we are meant to remain dependent on it even as it drags us down into endless poverty. The goal of infinite money is not to protect the economic system; the goal of infinite money is to collapse the system and transform it from a once free market into a feudal plantation.