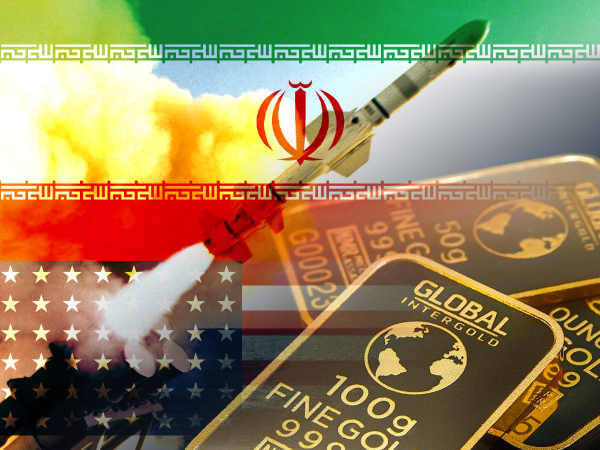 This week, Your News to Know rounds up the latest top stories involving gold and the overall economy. Stories include: Gold prices hit six-year highs after U.S. strike kills Iranian general, what to expect from gold prices in 2020, and stash of 1,200-year-old gold coins discovered in Israel.

On Friday, the appetite for safe-haven assets intensified as investors looked to shield themselves from repercussions of a potential military conflict between the U.S. and Iran. Gold, bonds and the Japanese yen all saw an increase in demand as it was revealed that the deployment of 750 U.S. troops to combat Iran-backed militias in Iraq resulted in the death of Iranian general Qasem Soleimani.

The military action came after two days of sieges on the U.S. embassy in Baghdad, which forced the personnel on site to evacuate. The Department of Defense issued a statement after the strike, revealing that Soleimani was responsible for this and many other recent attacks in the region, which claimed the lives of hundreds of American and Iraqi personnel. Iran’s foreign minister posted an ominous tweet just hours after the statement, and the Fars News Agency reported that Iran’s top officials will soon meet to discuss their response.

Speaking about the developments, Chris Rupkey, chief financial economist at MUFG, said that the markets have been hit with a high degree of uncertainty, as an escalation of the conflict could quickly disrupt the global economy.

Not long after the news, the stock market came under a sell-off that brought the Dow Jones Industrial Average index down by 300 points within a day. Aside from the yen, which appreciated against the dollar, investors also sought out government bonds despite the 10-year Treasury recently posting its worst month on record. Gold has stood out the most among the havens as it has climbed above $1,570, the highest levels since 2013.

After a spectacular 2019, here are some of the drivers that will keep pushing gold up

Gold closed 2019 with an overall 18% gain, making it one of the best-performing assets of the year and bringing prices to levels last seen in 2013. The metal has since shown that the price action was far from a one-off, as gold has managed to climb above $1,570 just days into the new year.

With plenty of tailwinds to power its unparalleled momentum, CNBC TV’s Amit Pabari went over some of the major drivers to look out for this year. The global growth contraction is bound to continue playing a major role in gold’s movement, as economies around the world post increasingly concerning showings. Pabari notes that Germany, one of Europe’s top economies, narrowly avoided a recession with a 0.1% growth rate in the third quarter. According to various analysts, the U.S. faces its own recessionary concerns over the next twelve months.

Pabari also notes that elections in the U.S. have been very favorable for gold, pointing out that three of the last four elections saw the metal climb an average of 23% during the Presidential race. Diversification by both private investors and the official sector is likewise expected to play an important part in the gold market. Central bank purchases in the first six months of 2019 pushed gold demand to a three-year high, with China buying as much as 100 tons of gold and several other countries re-entering the market and showing a renewed interest in bolstering their stockpile. As pundits wait for data to see if last year’s official sector purchases will surpass 2018’s all-time-high figure, Pabari says that investors will follow cue in order to hedge their bets in a potentially overblown stock market.

The metal’s technical chart is another source of optimism, as Pabari thinks gold could follow the same pattern from last year. In 2019, gold jumped from $1,290 to $1,550, traced back to the $1,450 level, and then started climbing again towards the end of the year. Should similar action occur this year, a gain of roughly 15% would translate to gold reaching $1,720. Pabari lists $1,570 as an important resistance level that, if breached, could send gold flying to the aforementioned heights.

On the fourth day of Hanukkah, archeologists from the Israel Antiquities Authority uncovered a stash of 1,200-year-old gold coins while excavating a site that is being prepared for housing renovation. The hoard, discovered by veteran archeologist Marc Molkondov, is believed to date to the Early Islamic period and was found near a site that the team believes was an industrial area that was active for hundreds of years.

The coins themselves are believed to be a personal stash hidden by an unknown party, as they were found inside a clay jug. Robert Kool, the coin expert responsible for dating the hoard, said that the coins are a remarkable discovery for numerous reasons.

Kool said that some of the coins found in the stash are of mintages rarely found in the region, such as the gold dinars issued by the Aghlabid dynasty that ruled over what is now modern Tunisia. Making the discovery even more exciting, the team noted that one of the coins features the image of Caliph Haround A-Rashid, whose reign formed the basis of the renowned Arabian Nights story.