Home » Blog » The Eternal Relationship Between Gold and Global Crisis

The Eternal Relationship Between Gold and Global Crisis 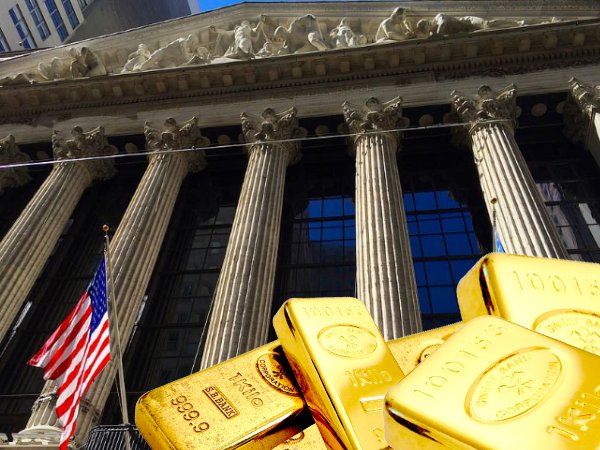 Though it is often referred to by critics and elitist central bankers as a “barbaric relic”, there is no denying that gold is usually the go-to asset during times of crisis and uncertainty. And as much as they pretend to hate it, even the elites secretly stock the precious metal whenever the economy goes awry. In fact, you can almost predict when things will go bad simply by watching how much gold that central banks around the globe stockpile in a particular year.

As noted in my last article, the banking establishment is often privy to impending disasters, usually because they directly participate in creating them. This is why they always seem to know when to prepare and hedge their assets to weather the storm. Gold is the hedge of choice because it is tangible, naturally rare, and cannot be artificially recreated or cloned. Governments and banks always seek to hoard gold when instability erupts because it not only shields there assets from decline, but it also shields their position of power.

In a world where the majority of the population is on the verge of poverty, those with an unbreakable economic position backed by hard assets tend to accumulate even more assets for pennies on the dollar, not to mention more political and social control. As the wealth gap grows wider, so does the power gap. It’s not that the elites have a personal use for all of these assets, they just don’t want YOU to have them.

Why? Because as hard assets and personal wealth are vacuumed up by the banks, they remove the concept of private property from the public consciousness, and thus, they destroy your independence. Pretty soon, the next generation has no idea what it means to own land, a home, commodities or precious metals. Eventually, they are living in a “shared economy” where they feel lucky just to have a pod apartment, Wi-Fi and close access to public transit. The idea of building a home of their own for their children and grandchildren is lost. They may not ever start a family because of this. They are beholden to the state for everything.

As mentioned, the central bank pattern of wealth protection and then wealth usurpation is evident in their moves to scoop up gold at the perfect time just before crisis. We can also see that in most cases, after the gold standard was slowly removed and regardless of the crisis, gold prices tend to spike. In other words, most crisis events show central bank gold reserves jumping just before they happen, and prices on gold rally dramatically in response.

Because of the gold standard and the peg to the dollar, the price did not fluctuate much at this time, but central bank holdings did. The economic crisis was so bad that the New York stock exchange closed for four months straight from July to November 1914. No event before or since has caused such a shutdown of markets. Gold was the primary investment hedge to protect wealth, and gold exports were curbed.

The same thing happened again as the world entered into the Great Depression of the 1930s. The Federal Reserve and the Treasury added around 2,700 tons of to the reserves from 1930 to 1935, and then DOUBLED their reserves from 9,000 tons to 19,000 tons from 1935 to the start of World War II in 1939. The price of gold jumped from $20 an ounce to $35 an ounce from 1932 to 1934, though, at this time Franklin Roosevelt restricted the private ownership of gold through Executive Order 6102. This “ban” was not to be lifted officially for four decades. However, this did not stop gold from being widely traded on the black market.

The next dramatic event in the world of gold versus international crisis was in 1962, when the Cuban Missile Crisis triggered record demand for gold on the London market. Central banks utilized price suppression through selling of reserves in a policy called “The Gold Pool”. You will find that this kind of price manipulation through selling is common when a price spike is not necessarily the idea of central banks. Such manipulation only works today, though, as long as paper ETF markets and the physical markets remain coupled together. A large enough crisis has the power to break the paper to physical relationship, and physical markets then determine price as the rush to safety accelerates.

Free market pricing of precious metals tends to have a short life span as central banks reassert their control of the market. Collecting profits during these windows is essential, and having a sense of timing is key.

In 1968, The Gold Pool was ended just as the Vietnam War was becoming an international breaking point and the Hong Kong Flu pandemic swept through multiple countries, killing over 1 million people.  The Hong Kong Flu had a death rate of only 0.5%; compare that to the “official” death rate of the coronavirus at 2.2% (which is likely much higher than China is admitting to). At this time, gold saw a jump in price of around 22% and a high volume of central bank gold trading. That said, from this point moving forward, central bank reserves began to slowly decline. This trend has suddenly reversed in the past decade.

Another gold rally struck from 2002 to 2003, just after the collapse of the Dot Com bubble, as it rose over 40% as the U.S. went to war with both Afghanistan and Iraq. It was also around this time that central banks began amassing gold reserves once again, but primarily among eastern nations like China and Russia. This gold buying spree has only expanded in recent years, with banks buying more gold in 2018 than they have in over five decades.

The next major gold market rally, triggered from 2009 to 2012, is well remembered by most of us. Prices jumped around 70% total during the onset of the credit crash. This rally was thought to be thoroughly stifled by bank manipulation and many mainstream “experts” declared that gold would be dropping back well below $1,000 an ounce. In fact, these same experts have been predicting that gold would plunge below $1,000 every year for the past 7 years, and yet it has not.

Why? Again, because central banks are buying exponentially, and because the global economic system has been in a constant state of distress since the crash of 2008. Gold prices are not going to drop back to pre-crisis levels when our economy is perpetually unstable and none of the problems from 2008 have been fixed.

As the Federal Reserve began raising interest rates and cutting its balance sheet over the past couple of years, the mainstream economic media was certain that gold would plummet, but what they did not understand was the nature of gold during crisis. As the Fed tightened liquidity into economic weakness, volatility returned with a vengeance to markets, fundamentals like manufacturing and real GDP began to plummet, and like clockwork, gold began to rocket upwards again.

Gold has rallied from $1,200 in September of 2018 to nearly $1,600 in the span of a year, and central banks are continuing to buy regardless of the price increases. They seem to know something that most of us only suspect…

With the historic trends displayed plainly here, it is easy to predict what will happen next. The coronavirus outbreak is about to be labeled an official pandemic. The Fed’s repo market stimulus has failed to quell liquidity issues within the U.S. banking system, U.S. corporate debt and consumer debt is at all-time highs, the UK has just left the European Union with a No Deal Brexit (as I predicted they would in March of last year), and the U.S. is initiating a troop buildup in the Middle East to surround Iran. Not since World War I have we seen so many crisis events happening simultaneously.

It only makes sense that gold will once again become the premier asset for defending your savings. Remember, central banks are stockpiling the precious metal for a reason.