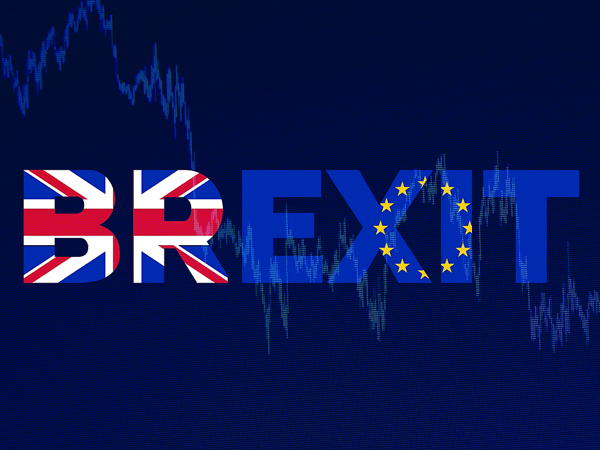 When you’re on a ship that you know is going to take a hit from the equivalent of an “air-to-sea” missile, you don’t wait to try and protect yourself.

The EU may be that ship, and could it take a big economic hit come March 2019 to the tune of $38 trillion in uncleared derivatives contracts.

Derivatives allow trading of assets that derive their value from elsewhere. For example, credit swaps and options are two common derivatives.

Business Insider reported on this explosive development (emphasis ours):

The Bank of England has warned of a possible financial crunch in the derivatives markets in the event of a hard Brexit.

The central bank believes that up to £29 trillion ($38 trillion) of uncleared over-the-counter (OTC) derivative contracts could effectively cease to function.

That’s because the UK has committed to a post-Brexit implementation period, but the EU has not yet done so.

You might think the EU would be preparing for this market calamity. Especially since it’s tied to the political “ball-of-yarn” known as Brexit (British Exit from the EU).

The same Business Insider article reveals that since the EU derivatives market is interlinked with the rest of the continent, a hard Brexit would mean trillions of dollars of these contracts go POOF!

The result could be dire for the EU, and send shockwaves of panic throughout the global economy because of the enormous scale of loss.

And from page 9 of the Bank of England “Financial Stability Report” (see image below) we can see the EU is unprepared for this. They stated that after a hard Brexit they “have not announced an intention to enable UK counterparties to continue servicing contracts.”

So even with the $38 trillion warning from the Bank of England, it seems like the Government is sticking its head in the sand.

But as Ron Popeil used to say, “But wait, there’s more…”

If the threat of trillions of dollars worth of derivatives going up in smoke weren’t enough, it appears a hard break with the UK would also “threaten financial stability” in other ways. According to Sam Woods:

In his most strident comments so far on Brexit, Mr Woods, head of the UK’s top banking regulator, the Prudential Regulation Authority, warned that leaving the EU without a transitional deal in 2019 would cause “significant issues” for the country’s banks and could threaten financial stability.

He pointed to a variety of risks to the wider economy and individual financial firms resulting from a sharp break with the EU.

Such a scenario could lead to, “higher loan impairments, increased risk of default and lower asset prices and collateral values”, Mr Woods said.

If the “financial stability” of the EU is already in question, then a hard Brexit scenario in March would most certainly lead to market chaos.

Especially when you couple EU financial instability with the advance warning of a trillion-dollar derivative contract conundrum.

If the past is an indicator of the future, there may be a good possibility gold will make a big price jump on a “hard” Brexit.

Back in 2016, when initial Brexit panic struck, it jumped 22% against the pound according to Adrian Ash (emphasis ours):

Adrian Ash, head of research at BullionVault.com, said the surge in the gold price was the fastest move against the pound in history.

“The surging gold price clearly shows the panic sweeping financial markets. Gold jumped 22% against the pound overnight, its fastest ever move, leaping to new third-year highs above £1,000 per ounce.

“This is just the kind of crisis which gold helps savers and investors insure against.”

The derivative market turmoil set for March provides a golden opportunity to get in front of what could be a significant boost in gold’s price.

Plus, in addition to this trillion-dollar derivatives time bomb, we know that a “Brexit” will likely harm the U.S. economy.

If you’re thinking of hedging your bets, now would be the time, while there’s still time on the clock.