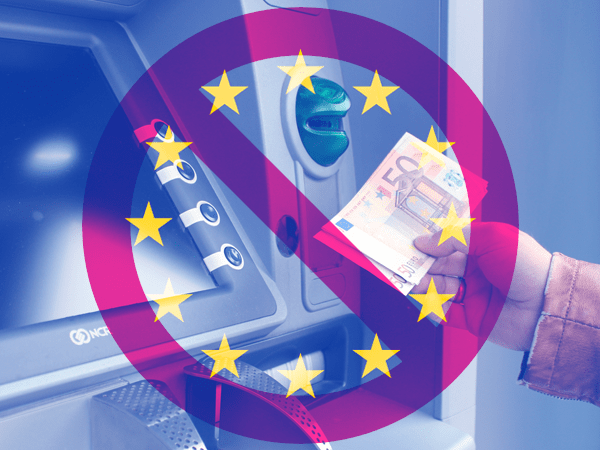 European Union officials want to prevent bank runs with a new law that allows cash accounts to be temporarily frozen. Could it set a new precedent for regulation in the U.S. and around the globe?

Here’s what you need to know about the proposed measures, and how to keep your wealth from being frozen to protect collapsing banks…

Banks across the European Union are hopelessly under-capitalized and grossly overleveraged, propped up with excessive quantitative easing and shouldering over €1 trillion in nonperforming loans.

Now officials are rushing to stop the bleeding… pushing for helicopter regulation to keep account holders from running out on these failing banks.

Giving supervisors the power to temporarily block bank accounts at ailing lenders is “a feasible option,” a paper prepared by the Estonian presidency of the EU said, acknowledging that member states were divided on the issue.

EU countries which already allow a moratorium on bank payouts in insolvency procedures at national level, like Germany, support the measure, officials said.

“The desire is to prevent a bank run, so that when a bank is in a critical situation it is not pushed over the edge,” a person familiar with German government’s thinking said.

To cover for savers’ immediate financial needs, the Estonian paper, dated July 10, recommended the introduction of a mechanism that could allow depositors to withdraw “at least a limited amount of funds.”

The proposal was first discussed on July 13, and further debate will continue in September. If there’s sufficient support, it could become law by the end of 2017.

These potential new measures are fundamentally counterproductive, simply because of the troubling message they send to account holders.

Threatening to freeze accounts in the event of a run on banks creates a self-fulfilling prophecy: account holders lose faith and become more likely to withdraw funds en masse. As a result, many believe the measures would discourage saving, and make matters worse overall.

Not everyone supports the new regulatory push. Some national governments and lenders fear the legislation will have the opposite of the desired effect, hastening frantic withdrawals at the slightest rumor of a bank being in trouble. “We strongly believe that this would incentivize depositors to run from a bank at an early stage,” said Charlie Bannister of the Association for Financial Markets in Europe (AFME).

How to Make Your Wealth Impossible to Freeze

It’s clear that you can’t trust governments to protect your financial freedom. Instead they present a significant threat to it — legislating away your ability to move your wealth as you see fit.

This proves once again just how important it is to keep at least a small portion of your savings far outside the system, in a place governments and banks can never touch it.

Physical precious metals are one of the last remaining assets that allow that type of freedom.