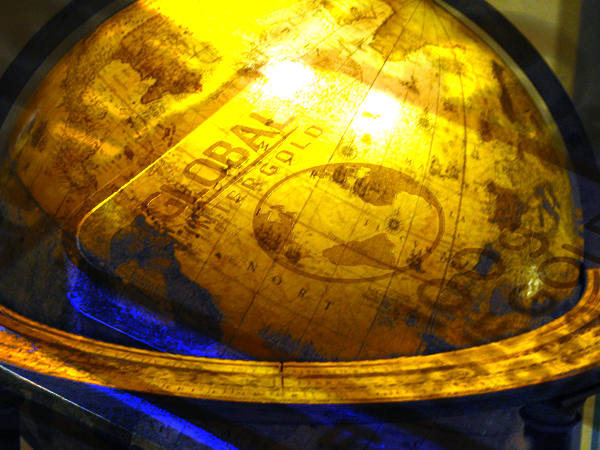 This week, Your News to Know rounds up the latest news involving precious metals and the overall economy. Stories include: Gold is the best investment for the global market, Wall Street and Main Street see gold maintaining upwards momentum, and gold is the only safe haven in the coming currency war.

Gold is the Best Investment For the Global Market

Over the past few years, as investors and money managers employed one risk strategy after another, Ray Dalio held onto his advice that most portfolios could do with a bit more gold to them. Besides heeding the advice in his personal finance, Dalio has made gold a prominent part of his $150 billion hedge fund. Last year, Bridgewater Associates, which is both founded and run by Dalio, was named as the year’s top-performing hedge fund.

Given the recent happenings on the global stage, Dalio believes that investors and strategists are even more pressed to listen to his words of warning, according to the IBTimes. As the billionaire noted, the global market appears to be undergoing a paradigm shift after a decade of risk investment.

Following the 2008 crisis, governments around the world turned to quantitative easing in order to prop their economies. While this achieved the desired effect of stabilizing the markets in the short-term, it also incurred a massive amount of corporate and government debt.

According to IBTimes, the long-term effects of the post-2008 global banking strategy could soon come into full force as the Federal Reserve, and several other central banks, once again turn dovish. More than just focusing on the end of the bull market in stocks, investors should pay special attention to the state of government bonds and their currencies as the global economy runs loose. Questioning how long creditors are going to tolerate zero or negative-yielding government bonds, Dalio again urged investors to make the leap towards gold, as the metal will not only provide safety and preserve wealth but also offer returns in an environment where they can scarcely be found.

Gold has firmly kept its momentum as the Federal Reserve doubled down on its dovishness, climbing as high as $1443 an ounce during Friday’s trading session. According to a recent survey on Kitco, both Wall Street and Main Street traders see the metal continuing on its upwards path.

The Wall Street survey included twelve professionals, of whom 67% said that gold will keep moving up as it has over the past month. Out of the 643 participants in the Main Street poll, 74% agreed that gold’s uptrend will persist. The previous Wall Street survey on gold’s outlook had a neutral-to-bearish consensus, which suggests that professionals are changing their views on what will make for a good investment in the near future.

Charlie Nedoss, senior market strategist with LaSalle Futures Group, is among the many who feel that the Fed’s policy shift played a key role in gold’s recent upswing and will continue to propel gold even higher, as the markets renewed their expectations of a 50-basis point rate cut following comments by New York Fed President John Williams on Thursday. Kitco’s senior technical analyst Jim Wyckoff pointed out that chart movement affirms that gold will break out even further in the near-term. Daniel Pavilonis, senior commodities broker with RJO Futures, noted that there may not be much room for a pullback, as any kind of price downtrend would result in buyers pouring into the gold market.

Adrian Day, chairman and chief executive officer of Adrian Day Asset Management, believes that the Fed’s actions have placed gold in the perfect spot and therefore expects the market to remain mostly unchanged regardless of what happens during the Fed’s next meeting. Nonetheless, Day and his firm are also highly bullish on gold and forecast more price gains for the metal due to unstable currencies and worrying stock valuations.

Gold Is the Only Safe haven in the coming currency war

In a note published on Monday, Deutsche Bank AG’s analysts said that gold will be the only safe haven to turn to in what is shaping up to be a full-blown currency war, reports Newsmax. What started as a disagreement over tariffs regarding imports into the U.S. soon turned into a fiat dispute, with President Trump accusing both China and Europe of manipulating the yuan and euro, respectively, in order to gain a trade advantage.

The President has since hinted that the U.S. should act in accordance and purposefully weaken the greenback, a move that hasn’t been made since 2000. Should Trump follow through with this strategy, Deutsche Bank’s Alan Ruskin believes that other countries will be quick to retaliate in kind, sparking a true currency war.

“With a currency war most likely to be fought on USD/CNY and EUR/USD terrain, one approach would be to steer clear of the direct conflict,” said Ruskin. “By far the most direct and simple way to trade the complexities of a currency war is by going long gold.”

The possibility of a U.S. FX intervention is just the latest in a long line of tailwinds that have allowed gold prices to rise more than 10% since the start of the year and hold above six-year highs. Trump’s latest comments fall in line with his push for a more dovish Fed, as the President has stated on numerous occasions that a strong greenback is exerting a heavy toll on U.S. exports.