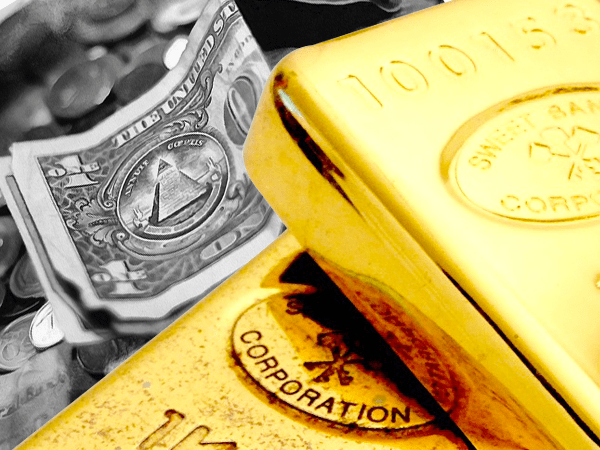 This week, Your News to Know rounds up the latest stories involving gold and the overall economy. Stories include: Gold to outperform all other currencies, Germans quietly become the world’s biggest buyers of gold, and is gold really a good hedge?

Gold to outperform all other currencies

According to investor and gold expert Dennis Gartman, gold is ready to outperform all other currencies, starting with the dollar. Despite gold’s recent dip, Gartman reminded us that the last rally took the metal from $1,200 to $1,370 and insists that a move under $1,300 is inconsequential.

“One currency that will probably do best of all is gold,” Gartman told CNBC. “Gold has been rallying in dollar terms. It has been a bull market since December. And it is still a bull market.”

He also pointed out that, on average, gold has outperformed the S&P 500, urging investors to take advantage of current prices in order to stock up on the yellow metal. “If you are not long, you should use this weakness we have had in the past two weeks to be a buyer, no question,” he said.

And while Gartman doesn’t label himself a gold bug, he predicts that the metal will surpass the most recent high within the span of just one year. “Gold will be demonstrably higher than where it is right now. $1,400 is a reasonable expectation.”

Lastly, Gartman downplayed the importance of the rate hike in December, noting that the tightening of the Fed’s policy “is going to take five or six years. This is not something that will occur overnight.”

Germans have quietly become the world’s biggest buyers of gold

While most associate India and China with peak gold investment, Forbes contributor Frank Holmes explained how Germans have quietly assumed the role of the world’s biggest gold buyers. In a recent article, Holmes notes that it wasn’t always like this – before 2008, the average annual gold consumption in Germany was a meager-by-comparison 17 tons.

With the global financial crisis came a renewed interest in the yellow metal. A recent World Gold Council report states that, during the crisis, Germans faced the prospect of losing their savings, and the state of German banks that were partnered with corporations instilled little faith. Furthermore, banks began charging customers to store cash and German bund yields dropped into negative territory.

Holmes states that considering the historic instability of fiat currencies in Germany, it should come as no surprise that its people turned to safer ways of storing wealth. In 2016, German gold demand rose to some 200 tons, most of which came in the form of gold coins and bars. The $8 billion poured into gold by individual German investors in 2016 go hand-in-hand with their government’s decision to repatriate 674 tons of Cold War-era gold from New York and Paris over the last four years.

Germany’s central bank now holds the second-largest gold reserve in the world, behind the Federal Reserve. The article points out that, with a recent survey showing that 59% of Germans agree that gold will never lose its value in the long-term, the WGC believes that there’s room for further growth in the country’s already-massive gold demand. To Holmes, this is good news for any gold investor going forward.

Is gold really a good hedge?

Gold’s utility as a hedge against risk is often cited as one of the best reasons to own it. Bloomberg’s macro strategist Cameron Crise, however, decided to put the adage to the test by using various data to assess whether gold really offers substantial protection against risk.

Crise admits that he started with a bias towards proving that gold’s protective properties were simply a myth. Yet as more data poured in, gold’s place in a portfolio became more and more established.

Using data from the CBOE Volatility Index compiled between 1990 and 2015, Crise concluded that equity volatility is a significant driver of changes in the gold price, giving weight to the metal’s hedge status. Going further, Crise identified 10 notable episodes of risk aversion over the past three decades and calculated the performance of U.S. stocks, Treasuries and gold during those episodes.

Once again, gold proved to be worth investing in as it outperformed both stocks and Treasuries and posted gains in 8 of the 10 episodes. In contrast with the equity market, which saw an average loss of almost 20% per episode, gold rose by almost 7% per each.

Crise then compared the performance of two different types of portfolios: a 60/40 allocation against a 55/35/10 one, where 5% of assets from stocks and 5% from bonds were moved into gold. The portfolio with gold outperformed the stocks/bonds mix by about 55 basis points per year, amounting to a sizeable profit over the span of 30 years.

Given gold’s performance in each of the tests, it would appear that billionaire hedge fund manager Ray Dalio’s long-held view that investors should hold up to 10% of their portfolio in gold has once again been validated.