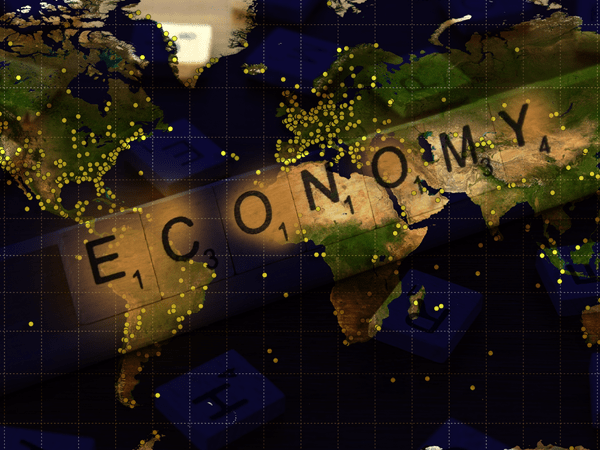 Experts are predicting economic turmoil for 2018, saying sluggish economic growth and high unemployment, combined with an increase in inflation and interest rates could result in global stagflation.

And with government debt spiraling out of control, along with uncertain economic policies, stagnant oil reserves, and global tensions mounting with North Korea, everyone needs to pay close attention to what may unfold.

Lured by low interest rates, both developed and developing countries have been piling on cheap debt. Governments worldwide are at a total of $63 trillion in the red.

Global debt-to-GDP ratios are mounting. And with economic output lagging behind the excessive borrowing, something’s got to give.

Unfortunately, other major economies have followed suit. A prime example of this is China, where an IMF report from August this year warned China’s increasing debt could trigger the next global crisis.

As you can see in the graph below, credit to China’s non-financial sector is getting out of control. Its credit to GDP ratio rose to 230% last year, meaning it’s doubled in the last five years alone. 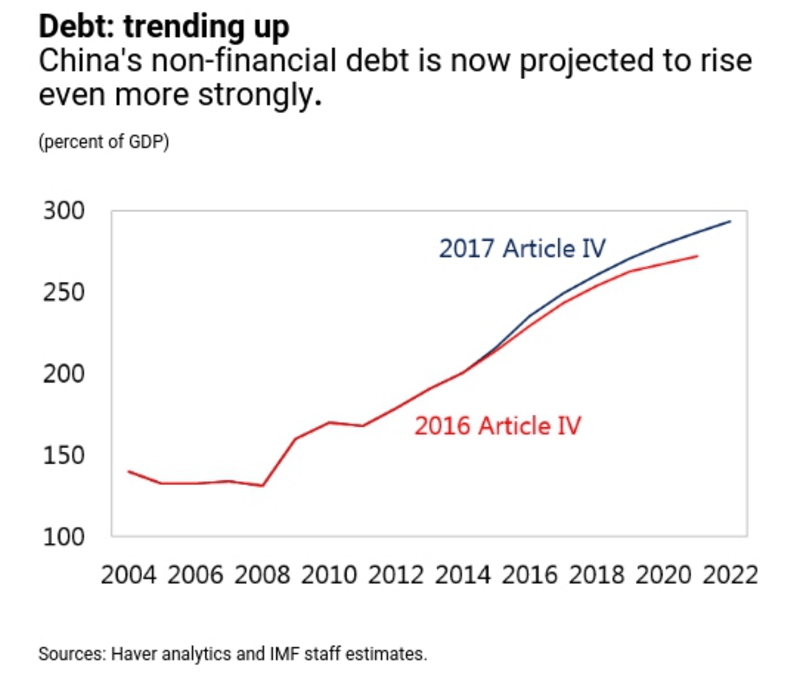 Comparing China to other countries who’ve borrowed aggressively to fuel growth, the IMF says the world’s second biggest economy is on a “dangerous” path.

Global Stagflation Around the Corner

This reckless borrowing by countries across the world, coupled with an over-indulgence in printing money means stagflation is imminent.

Major economies will be facing increased pressure to service their ever increasing debts, inevitably devaluing their currencies and impacting global markets.

We’ve already seen this in the U.S. as the increased deficit has been a prime contributor to the dollar’s 10% fall we’re seeing this year. And despite the tax cuts, this deficit is expected to increase, meaning the dollar will continue its decline.

As a result, the dollar will devalue further against resources like precious metals.

Economic growth in the U.S. as well as other countries like China, the UK, Germany, and Japan are expected to slow down, greatly impacting the global economy as a whole.

Following the Fed’s lead, the world’s leading central banks and financial institutions have already started bracing themselves for the impact of an economic downturn.

The Fed’s interest rate hike earlier this month was their third of the year and it sent ripples across the global economy. The People’s Bank of China duly raised their interest rates by 5 basis points on the very same day. And just 24 hours later, the Turks followed suit, with their central bank raising its lending rate by half a percentage point.

This vulnerability of the global economy to the Fed’s actions was summed up by Stratfor:

Although the Chinese hike was small and should be considered as such, the fact that it coincided with the U.S. move shows that a defining link still exists between the policies of the People’s Bank of China and the Fed. China is exposed to U.S. monetary policy by the need to match it to prevent outflows, and this link could become more notable if the U.S. rate increases.

And with the Fed planning three more hikes next year, we can expect more of the same.

A Price Correction in Resources

This slowdown in economic growth is likely to lead to a price correction in resources. As a result, it could inject more life into mining and refining which have suffered from sharp cuts in capital expenditure.

A drop in resource prices of 15 percent will rekindle interest among developing nations, which now dominate the world economy in boosting infrastructure projects, particularly along the New Silk Road or renewable energy-related developments.

These will snowball into slower mining output, depleted inventories, congesting refining or smelting utilisation, at a time of reviving world demand led by the developing world. This feedback mechanism underpinned a splendid resource recovery since late 2015, and it will continue.

However, despite this expected short-term drop in resource prices (which will ultimately lead to recovery), the price of oil is set to increase, adding further pressure on the global economy. Though demand has risen in recent years, reserves have been stagnant. And with the further devaluation of the dollar, we could see crude oil prices reaching $70 a barrel, or even higher, next year.

With such gloomy prospects for the year to come, now is the time for investors to prepare. For stability in chaotic times, gold has the impeccable track record as being one of the best investment option. And with the global economy predicted to enter stagnation, investment in the yellow metal could soar. Get in early to not only protect, but potentially grow your wealth.