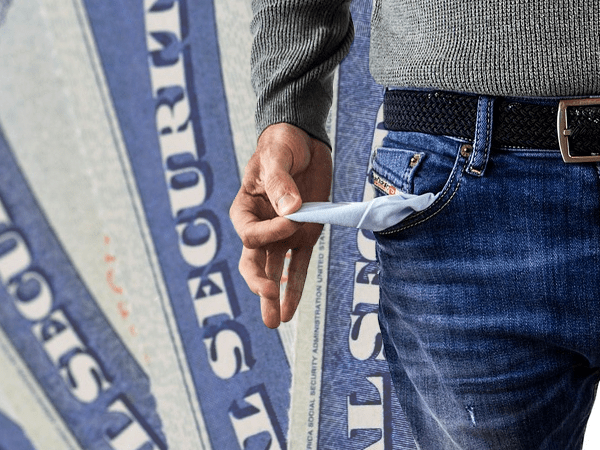 A lot can happen between now and 2034. If you were to listen to a consensus from experts, you’d hear Social Security could run out of money in about 15 years.

This idea was recently addressed in a MarketWatch article, which included this potential result:

As most retirees and soon-to-retirees already know, Social Security is slated to run out of money in 2034 and, unless changes are made between now and then, beneficiaries beginning in that year will receive only 79% of what they otherwise would be owed.

But the article continues by highlighting the uncertainty behind this and other “consensus” predictions (emphasis ours):

To be sure, predicting what will come out of Congress in the next few months is an inexact science at best, much less the next 15 years.

The article features an interview with one (of many) experts on Social Security, Andy Landis, who worked at the Social Security Administration (SSA). In 1983, changes were enacted that, according to Landis, bring a certain perspective to expert predictions about Social Security.

He mentioned that those changes brought about the surplus that would postpone the SSA running out of money until the predicted 2034. So there “should be nothing surprising” about the idea that Social Security could run out of money at some point, Landis opined.

But other experts claim the system is broke now. Their idea is the surplus is already “spent,” and the money’s gone, according to the MarketWatch piece. Landis appears to have his own response for that too:

In 15 years, it’s the changes that may be required to keep the system going that could add even more uncertainty to the equation.

At CNBC, Mary Johnson from the SCL said, “At the rate we’re going, there might not be a cost-of-living adjustment for 2020 at all.” The organization is noted for the accuracy of its COLA predictions, but on much shorter timelines.

But these predictions change as circumstances do. The CNBC article confirms that, noting the consistent drop in predicted COLA since October (emphasis ours):

The Senior Citizens League’s estimate for COLA in 2020 using the CPI-W, meanwhile, is currently at 0.1 percent using the December data.

That’s a dramatic drop from October’s numbers, which pegged the COLA for next year at 2.5 percent, and the November data, which brought it to 1.5 percent, according to Johnson’s calculations.

The article finished by confirming the vast amounts of uncertainty that lie in any expert’s prediction:

“We could go even lower, or it could come back up,” Johnson said. “What catches my attention is how much we have lost for it to be so close to zero. We have sort of started back to where we were at the beginning of 2018, as far as the rate of inflation goes. We’ve really almost lost a whole year’s worth.”

Energy and food prices, along with other factors (like real inflation), could be playing a role in the COLA “loss” that Johnson is concerned with.

But one problem that is left unsolved by these expert predictions is the fact that Social Security makes up 66% of retirees’ incomes, according to Transamerica. With that being the case, any uncertainty can be worrisome.

What You Can Count On When It Comes to Social Security

Whether Social Security runs out of money in 2034 or not, one thing is certain: Social Security’s future is uncertain. The experts each have their idea of what may happen, but there isn’t a way to conclusively prove if any of it will come to pass.

What you can do in the meantime is consider adding protection from instability to your retirement portfolio through diversification into a variety of asset classes. Precious metals such as gold and silver fit well in a comprehensive retirement plan.

Whatever you decide to do, don’t wait for the experts to outline your future. Take back control, and prepare your portfolio for the worst.