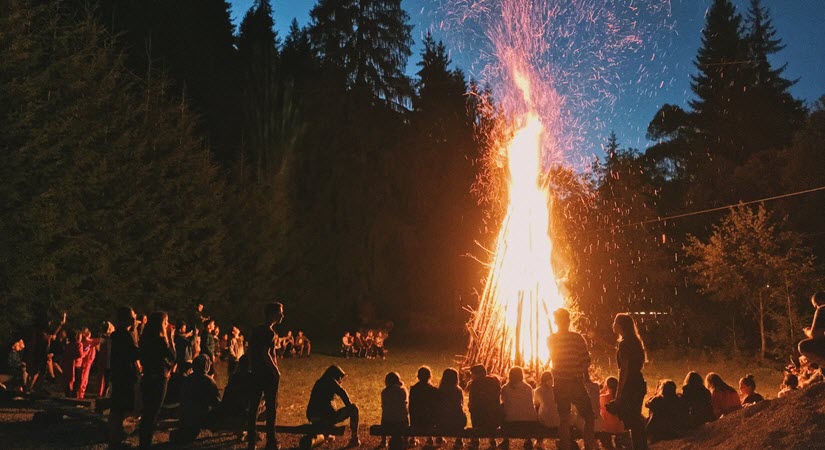 This week, Your News to Know rounds up the latest top stories involving gold and the overall economy. Stories include: The Fed needs a 9% interest rate, gold posts biggest gain since March, and Venezuela’s gold isn’t getting home just yet.

Economist: Fed has to keep rising rates, will look for 9% benchmark

We’ve covered plenty of analyses over how interest rate hikes spell doom, especially in this economy. We’ve mentioned how the Federal Reserve will have to reverse course, which seems to be the consensus nowadays. But what would it look like if the Fed had its way with the benchmark rate?

Economists agree this is the only way for rate hikes to have the desired effect:

That means, right now with 9 percent inflation, economists are talking about 10, 11, or 12 percent interest rates to bring [prices] down. I think the Fed and markets are counting on a lot of inflation going away on its own without interest rates having to go quite that high.

What’s the likelihood “of inflation going away on its own,” as he put it? Cochrane said that would require a complete absence of negative economic surprises and black swan events. Just how likely is that? I’d say it’s a long shot, and Cochrane agrees.

We know that gold performs well during periods of rate hikes, so a benchmark rate rise to 9% would benefit gold’s price.

Yet merely pondering on what this would do to the economy, as we assess the damage of existing rate hikes, is uncomfortable. Curiously, despite its deflationary track record, Cochrane also isn’t a proponent of using the gold standard to rein in monetary policy. Instead, he views the financial system of just a few years ago as sound-enough money.

“Sound-enough money” isn’t exactly praise, but it isn’t exactly criticism either. If Cochrane’s right about this, how did we end up with 40-year high inflation?

I’ll tell you: “sound-enough money” isn’t the same as “sound money.” There’s no gold standard without gold, and no “sound money” without an uninflatable, unhackable store of value that can’t be created or destroyed on a whim by the Federal Reserve.

It might take the rest of the world a while to catch on. In the meantime, we’ll do our best to spread the news about real safe-haven, store-of-value assets like physical gold and silver as an alternative to watching inflation and market volatility erode the savings of everyday American families.

We’ve now passed the second quarterly report by the Commerce Department which tells us that we’re in a recession. For some definition of “recession,” at least.

The reluctance of some to concede that this is the reality has almost become a prominent theme on its own. While so many analysts have no issue with affirming it, others make it out as if we “aren’t quite there yet.” – including Fed chair Jerome Powell. During his July 27th press conference, he said:

So, I do not think the U.S. is currently in a recession. And the reason is there are just too many areas of the economy that are performing too well… The unemployment rate at near 50-year low at 3.6 percent. All of the wage measures that we track are running very strong. So this is a very strong labor market, and it’s just not consistent with – 2.7 million people hired in the first half of the year? It doesn’t make sense that the economy would be in recession with this kind of thing happening. So, I don’t think the U.S. economy’s in recession right now.

Just to be clear, anyone can say the economy’s in recession at any time. However, only the National Bureau of Economic Research (NBER) can officially make this determination. And that determination isn’t exactly clear-cut. The NBER says a recession is defined as “a significant decline in economic activity that is spread across the economy and that lasts more than a few months.”

Back to the Commerce Department’s report, which more or less confirmed every negative speculation. U.S. GDP fell by 0.9% in Q2, building on the 1.6% drop in Q1. With back-to-back quarterly drops in growth, it begets the question: what exactly is needed to convince everyone that we are in a recession? Well, the NBER’s definition isn’t helpful, and Powell’s focused exclusively on employment, it seems. I suppose making the recession official is too much of a political hot-potato for D.C. insiders to handle.

While economists and bureaucrats debate the technical elements of a recession, gold buyers don’t seem to be hesitating… Gold’s price jumped 1.8% following the news, its biggest gain since March, and remained generally elevated throughout the rest of the week.

Edward Moya, an analyst at OANDA, is bullish on gold:

Gold’s biggest risk was that the economy was remaining robust and that the Fed might need to be more aggressive with rate hikes.

Moya believes that the threat of a full-percentage hike is “long gone,” which should prove tremendously supportive for gold along with peaked Treasury yields. Whether the Fed hikes slowly or abandons course altogether isn’t even that important for gold, as the stagflationary environment is enough to support prices.

Our readers will be familiar with the importance of Venezuela’s gold stash and the importance of sovereign gold stockpiles, independently. But it’s coming to seem as if the gold stash could prove key in determining whether there is any stability to be restored to the country.

It’s certainly a far cry, as it has been a cautionary tale for many years. Venezuela’s woes are complicated, yet can be boiled down to two opposing regimes that refuse to recognize each other: the seemingly perpetually incumbent Maduro and the opposing Guaido.

Maduro has long battled to repatriate Venezuela’s gold stockpile, more specifically to himself, as that could make or break his standing against the opposition. The stockpile of the economically-troubled country, valued over $1 billion, is held in the Bank of England’s vaults.

The latest U.K. court ruling goes along with the international trend of not recognizing Maduro as Venezuela’s president and refusing to hand over the gold to him. In doing so, they’ve also dismissed the ruling of Venezuela’s top constitutional court. In what might be considered a negative portrayal of modern finance, Venezuela’s central bank now has two opposing boards of directors, one backing Maduro and the other Guaido. (And you though the bureaucracy we have in the U.S. was bad!)

With Guaido and his faction claiming that Maduro’s 2018 election was rigged and nations around the world supporting this claim, it was difficult to envision Maduro having an easy time getting that stockpile back. And although he remains seated as the nation’s head, it’s becoming increasingly clear that he needs resources as the country remains cut off by sanctions from the rest of the world.

It’s certainly not within our realm to analyze who or what should act as Venezuela’s head of state. But one thing that’s been prominent over the past few years is the trend of nations repatriating their gold from their allies’ vaults. Venezuela has indeed been a cautionary tale for quite a few things. Has it told sovereign heads of state that a nation’s gold bullion is best kept inside its borders?

You’ll note that Birch Gold Group exclusively works with U.S.-based precious metals depositories, many of whom allow customers to visit and verify their investment is safe and secure.