Home » Blog » The Only Thing Rising Faster Than Inflation

The Only Thing Rising Faster Than Inflation 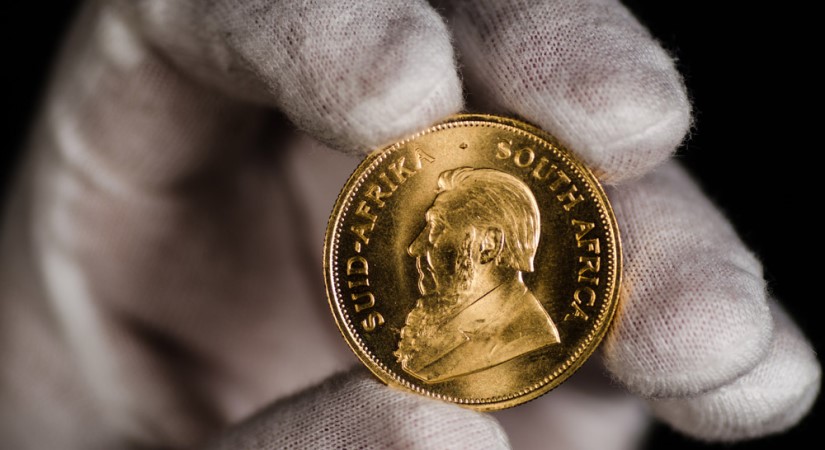 This week, Your News to Know rounds up the latest top stories involving gold and the overall economy. Stories include: Gold bounces as investors brace for a big CPI report, this one weird trick Russia is using to revitalize its economy, and today’s good portfolio is full of commodities and half of them are gold.

Gold is showing some technical strength, as well as decent recovery after a week of being hammered by a strong U.S. dollar. Friday’s trading session saw a high of $1,949. A technical analysis of prices for gold contracts suggests a breakout in the near future.

But a deep technical analysis isn’t necessary to understand why gold has been inching higher as we approach the big inflation update scheduled for Tuesday, April 12. Last month’s report had the infamous 30-year-high red flag. Even the dry, committee-drafted summary of the February report had a rather breathless tone:

So what’s ahead? Once we factor in the effects of the Russia/Ukraine conflict on energy and food prices, the last Producer Price Index report of 10% (considered a leading indicator of consumer-level prices) and China’s new wave of Covid lockdowns closing down manufacturing hubs… It won’t be pretty.

Even the most hawkish Federal Reserve estimates that inflation for March could come in as high as 8.41%, with forecasts of a quarter-over-quarter rise to 9.1%. That’s not quite double-digit inflation, not yet, but it’s plenty alarming. It’s interesting to hear this coming from the Fed, which some are saying is reaching peak hawkishness. Officials now claim that the federal funds rate could rise by as many as 300 basis points this year. [Update 4/12/2021: 12-month inflation numbers came in at 8.5%, well above the Federal Reserve’s worst prediction.]

That gold is faring as well as it is amid such statements is remarkable. Yet virtually every expert is cautioning against a hiking cycle of any size in this environment. The Fed’s rate hikes are supposed to slow down an overheated economy, to rein in speculation. Raising rates when the economy is already slowing down, well, that runs the risk of grinding the economy to a halt. We described the Fed’s rate hike plans as Not Enough, and Still Too Much.

As hard as it is to accept, we may actually be in a situation where a short, brutal recession is our best hope. We may be well past the point where a “soft landing” is possible. Even the Bank for International Settlements thinks the world is “on the cusp of a new inflationary era.”

All too soon, there maybe two kinds of people in the world: those who bought gold, and those who wished they had.

Everyone has been focused on the ethical and humanitarian aspects of the Russia-Ukraine war, and with good reason. But past that, economists have been equal parts interested and concerned over what Russia’s invasion will mean for global trade and economy. A very peculiar point has been the soft gold standard Russia introduced, undoubtedly surprising to many.

After announcing that it will buy gold at a fixed price of 5,000 rubles a gram on March 25, the ruble appreciated sharply. 5,000 rubles were worth $52 at the time of the announcement, and less than a week later, the same amount traded for $63. A deep analysis highlights how this, more than just a way to stabilize the economy, could be a way to undermine paper gold trading. A “floor price” means that aggressive traders can’t sell gold down, and it generally eliminates a need for exchanges on Russia’s part as they could renege on contracts due to sanctions.

From here, the story deepens even further. Russia is betting that the rest of the world will continue buying its gas and oil. As one of the top three producers of these commodities, and with the eurozone all but reliant on this chain, it’s a safe bet. And when it sells the gas and oil, it will demand either rubles or physical gold in return. This will essentially force de-dollarization on behalf of other nations, which will need either gold or rubles to facilitate transactions for necessary imports.

Both the de-dollarization and a return of a view of gold as currency could have tremendous impact on gold’s price. There are indications that this move has been long in the making, not the least of which is Russia’s massive stockpiling of gold over the years. It could end up forcing the world on a gold standard, or a gold-ruble standard. After all, the U.S. dollar is the reserve currency primarily because it was once synonymous with gold.

Although the fixed-purchases were initially scheduled until June 30, the bank recently announced that it will start buying gold from commercial banks at a “negotiated price” from April 8 onwards. We can only guess as to what this means, but it’s pretty clear plans are being set into motion.

Societe Generale: Buy commodities, half of them gold

Many are getting what can be referred to as an introduction to commodities these days. A lengthy period of undervaluation and more and more supply issues are giving that commodity supercycle we keep hearing about a few extra jets. JPMorgan’s analysts, for example, believe commodities could surge by 40% in the relative near-term. And they have been doing nothing but surging as of late.

In their latest report, Societe Generale expanded upon why commodities are coming to prominence, along with why gold might be the one you want to own most. Gold accounts for 5% of the bank’s Multi-Asset Portfolio and half of its overall commodity exposure. One thing the bank’s analysts warn against is an excessive focus on the energy sector when investing in commodities.

To protect portfolios, buying oil is no longer the panacea, as if central banks react too strongly to inflation pressures building up in the economy, they could push the economy into recession leading to a $60/b oil price.

Now, here’s why this is sensible: both gold and oil are commodities, meaning their value is intrinsic. You don’t buy gold or oil based on discounted future cash flow rates or other types of financial hocus-pocus. Generally speaking, commodities are inflation-resistant investments for this very reason. However, oil is extremely economically sensitive. Oil prices rise during boom times of rapid economic growth and huge demand. Oil prices tend to plummet during recessions and during times of economic uncertainty. Over the last 10 years, oil price and U.S. stocks have had a positive correlation of 0.46 – in other words, they moved in the same direction about half the time.

Over the same period, gold’s price and U.S. stocks was negative, meaning the two tend to move in opposite directions. That’s the characteristic that makes gold a safe haven investment.

The bank said that it’s reducing its exposure to stocks as the global economy enters a new cycle, one marked by heightened risk: “We are now moving into a third, riskier phase, as inflation starts to look permanent and the inflation-to-wage spiral continues to whirl. The western central banks would like to fill the gaps, but rightly argue that they are too far behind the curve.”

Aside from liking silver’s prospects thanks to electric vehicle and green-energy initiatives, the bank’s analysts very much expect gold to continue to impress investors over the next three months. It would be the second quarter in a row where gold outperforms, and this time, the upside is even greater. “High inflation and lower rates suggest that gold will hit record highs. Indeed, we expect gold to reach $2,200/oz in2Q,” said the analysts.