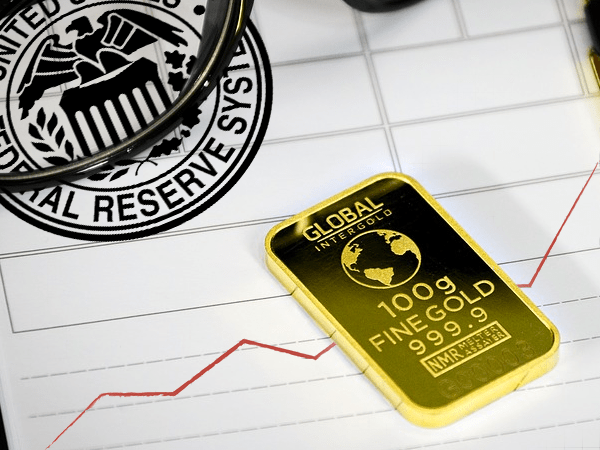 This week, Your News to Know brings you the latest stories involving gold and the overall economy. Stories include: Gold moves ahead as ECB brings bond buying to a close, the top 10 gold producing countries, and scientists identify plants containing gold particles.

As the European Central Bank announced an end to its quantitative easing, gold moved up to score its best finish in a month. According to an article on Kitco, after purchasing around $2 trillion in bonds since 2015, the ECB will gradually usher in a tighter monetary policy and cease all bond buying by 2019. Gold also benefited from the central bank’s promise that interest rates will be kept low throughout the following year.

The ECB’s decision coincided with another basis point increase by the Federal Reserve on Wednesday, as well as an update to its rate hike expectations. Currently, the bank expects to raise rates a total of four times this year.

Although the Fed’s discourse promptly boosted the dollar index, gold was still able to perform well and rise alongside the greenback. Brien Lundin, editor of Gold Newsletter, sees this as an overwhelmingly positive development. Lundin expects the dollar to soon abandon this relationship and return to its downtrend.

According to Mark O’Byrne, a research director at GoldCore in Dublin, gold prices have followed a pattern of dipping and then reversing course after Fed interest rate announcements, and Wednesday’s meeting could result in higher bullion prices in the near future.

“Now that the Fed and the ECB announcements are out of the way and with no real surprises, participants may look at the positive fundamentals again,” he said, pointing to geopolitical risks as a key driver. “This should support gold and indeed lead to price gains.”

The U.S.’ decision to place a 25% tariff on Chinese imports on Friday and China’s mirror response are another positive for gold, as the metal is ready to reap the rewards from escalating trade tensions.

In his recent analysis on Forbes, publisher Frank Holmes explores where the bulk of the world’s gold comes from. As he points out, the list of the top 10 gold producers has remained virtually unchanged from 2016 to 2017, with a few notable shake-ups to the status quo.

Besides being a top gold consumer, China also leads the way in ore production with 426 tons mined in 2017. Although Australia occupies a distant second place with 295 tons of ore extracted, mining is a cornerstone of the country’s economy, contributing to more than half of its total exports and generating around 8% of its GDP.

With its annual mining output of 270 tons, Russia firmly occupies the third place. Besides supplying  83% of European gold, the biggest buyer of Russia’s ore is its own central bank, which ranks among the top net buyers in the world. Despite a sharp fall in the ruble, the nation has notably increased production compared to 2016, and some reports state that Russia could double its mining output by 2030.

The U.S. trails just behind Russia with an annual 230 tons mined and an increase of 8 tons compared to 2016, marking the fourth consecutive year of rising mine production. Canada also saw a 7-ton increase in production year-on-year, placing it on the fifth spot with 175.8 tons of gold mined in 2017.

The remaining top miners are Peru with 162.3 tons, Indonesia with 154.3 tons, South Africa with 139.9 tons, Mexico with 130.5 tons and Ghana with 101.7 tons. Besides Ghana, each of these countries experienced a decrease in output between 2016 and 2017, leading Holmes to wonder whether peak gold has been reached.

He notes that many of the world’s top producers have fallen off, with South Africa being a prominent example. The country’s 139.9 tons mined in 2017 stand in contrast to figures from 1970, when over 1,000 tons were extracted from the region. With global mine production seeing its first annual decline since 2008, Holmes thinks the world could experience a supply glut down the line as gold deposits become harder and more expensive to locate.

According to an article on ScienceDaily, a recent discovery made by scientists at the Sun Yat-sen University in China could revitalize our idea of gold extraction. The study, conducted by a team from the university led by Xiaoen Luo, found the presence of gold nanoparticles in two plant species, each growing in its natural environment.

The researchers said that particles of pure gold were fused with other elements, such as oxygen or copper, and absorbed through the plant’s pores. Although the source of the particles hasn’t been determined, the team believes that an electroplating plant could have been the catalyst.

“The abundance of gold in the crust is very low and there was no metal deposit in the sampling area so we speculate that the source of these gold nanoparticles is a nearby electroplating plant that uses gold in its operations,” said Jianjin Cao, the study’s co-author.

Xiaoen’s team went on to say that plants could accumulate gold-bearing particles from soil, water or air. Although the potential for absorption, storage locations and migration patterns are all factors that warrant further study, the team said that the new research shows promise in various fields, one of which is the enrichment of gold nanoparticles.