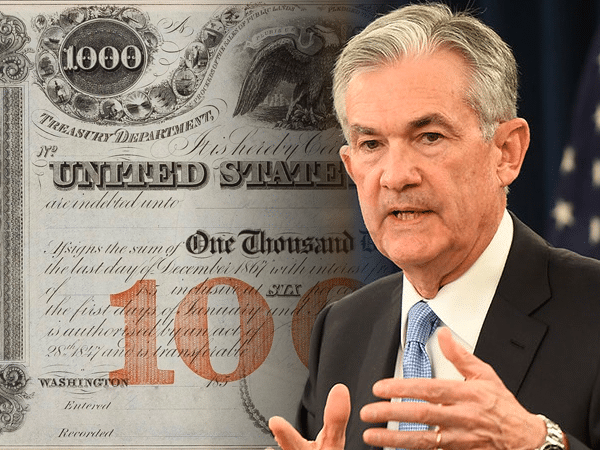 “There is no way the Fed pulls this off without blowing price inflation through the roof.” – Robert Wenzel

In a speech on Thursday titled New Economic Challenges and the Fed’s Monetary Policy Review, Federal Reserve Chair Jerome Powell laid out a new long-term plan for the central bank on monetary policy.

This plan included a dramatic shift in direction for inflation. The Federal Open Market Committee (FOMC) explained the change in the following terms:

On price stability, the FOMC adjusted its strategy for achieving its longer-run inflation goal of 2 percent by noting that it “seeks to achieve inflation that averages 2 percent over time.” To this end, the revised statement states that “following periods when inflation has been running persistently below 2 percent, appropriate monetary policy will likely aim to achieve inflation moderately above 2 percent for some time.”

In layman’s terms, the Fed now wants to maintain an average rate of 2%, where it previously maintained a symmetric inflation “target” of the same percentage.

A CNBC article in advance of the speech noted the Fed’s approach “will be the reverse of former Fed Chairman Paul Volcker’s rate hikes instituted to quash inflation in the 1980s.”

The same article also highlighted one possible reason why Powell would want to let inflation run hot for periods of time:

[Low inflation] often reflects a slow-moving economy with a low standard of living. On top of that, the accompanying low interest rates give policymakers little wiggle room when crises happen and there’s a need to loosen policy.

But it’s a particular part of Powell’s speech that doesn’t inspire much confidence that the Fed knows where it’s steering the ship:

In seeking to achieve inflation that averages 2 percent over time, we are not tying ourselves to a particular mathematical formula that defines the average. Thus, our approach could be viewed as a flexible form of average inflation targeting. Our decisions about appropriate monetary policy will continue to reflect a broad array of considerations and will not be dictated by any formula.

So it appears the Fed wants to average 2% inflation over time, but without following specific math that achieves that result and adjusting to try and achieve that result.

It’s also odd that Powell and the Fed would not want to follow some sort of formula, being that a specific average target of 2% is what he intends on reaching.

A “flexible” approach, as Powell put it, doesn’t seem like a focused plan for long-term policy. We will have to wait and see how that plays out.

Robert Wenzel presented sharp criticism of the Fed’s new approach saying, “They are working with models that project a steady rise in inflation. They have no idea, apparently, that price inflation can get way out of control.”

We already know that “real” inflation, which factors in maintenance of a basic lifestyle, is getting pretty close to “way out of control” now. Wenzel thinks official price inflation could run higher than 5% at some point. (It’s rising past 1% now.)

But some economists disagree…

In a CNBC piece published before the speech, Rick Rieder, BlackRock global chief investment officer of fixed income, said, “The Fed is not looking for spiking inflation, but some inflation in the economy provides pricing power and drives both profits and wage gains.”

Just because the Fed might not be looking for “spiking” inflation doesn’t mean it won’t happen. By Powell’s own admission, it seems like a real possibility.

Don’t let “inflation without a plan” make your savings unstable

Despite the potential for much higher price inflation (no matter how high it actually goes), gold and silver are looking good as potential hedges against the future of “Inflation Nation.”

So examine your savings, and see if it’s a good time to take advantage of the opportunity to diversify some of your retirement into precious metals.