Home » Blog » When Wall Street Fights the Fed, We All Lose

When Wall Street Fights the Fed, We All Lose 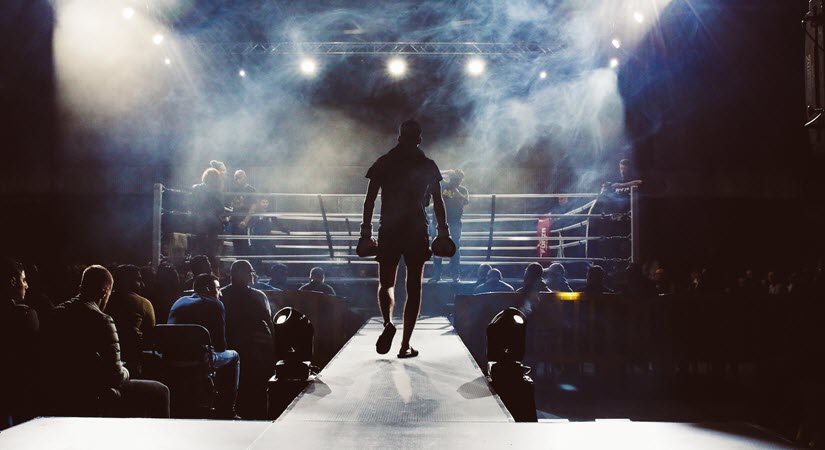 The Federal Reserve has been all over the news for months now, and today’s no different.

One market pundit – dubbed Wall Street’s most accurate analyst – predicts the Fed will reverse course on hiking rates unless there’s a market meltdown by mid-September.

Wall Street would naturally welcome a return to lower interest rates, since easy money fuels bull markets and higher stock prices. Easy money makes borrowing cheaper for businesses and families, fuels spending and consumption and has more or less been the status quo ante for over two decades.

But is this predicted pivot even remotely plausible? Let’s take a look…

Why is everyone obsessed with the Fed funds rate?

Time out for a quick explainer: the rate we mean when we talk about “Fed rate hikes” is technically known as the Effective Federal Funds Rate (EFFR). It’s the rate banks charge one another when they borrow or lend (also known as the “overnight rate”).

The EFFR is the fundamental basis for every interest rate in the U.S. Everything from Treasury bond yields to credit card interest rates are either directly linked to or influenced by the EFFR.

Even so, it’s just one number – why is this such a big deal?

The best explanation I ever saw (can’t remember where, might’ve been in Ray Dalio’s new book or one of Ben Graham’s old ones) went like this:

The EFFR is, essentially, the “price” of money.

When the Fed lowers rates, borrowing becomes cheaper. Inflation outpaces conservative investments, pushing investors into increasingly-risky assets. Speculative bubbles form. Unprofitable businesses sustain themselves on cheap loans and infusions of capital from institutional speculators. Prudent investors watch in horror as people much dumber than they are get rich, and some are seduced by the fear of missing out on “line go up.”

That’s why everyone in the finance industry seems obsessed with the Fed’s decisions on interest rates. And why Wall Street wants the Fed to backtrack, away from fiscal prudence, toward speculative mania…

Federal Reserve Chair Jerome Powell on Monday delivered his most muscular message to date on his battle with too-high inflation, saying the central bank must move “expeditiously” to raise rates and possibly “more aggressively” to keep an upward price spiral from getting entrenched.

So just five months ago, Powell was committed to curbing inflation rather than appeasing Wall Street traders addicted to cheap money.

Has Powell’s goal been achieved? Well, since the July inflation report came in 325% over the Fed’s target, I’d say absolutely not.

Since the Fed is firmly committed to returning inflation to Earth, it follows that any wished-for “pivot” wouldn’t happen anytime soon, and certainly not as soon as early 2023. After all, inflation generally takes much longer to “cool off” than it does to “heat up” — and it’s still running hot.

(An interesting sidenote, some pundits thought inflation would start cooling in September of last year. They claimed it was time to “un-mash the panic button” because a return to 1970s inflation was unlikely. Clearly, they were wrong.)

Bizaarely, Wall Street took the comments from the July FOMC as “dovish,” or pro-easy-money, according to a recent Reuters report.

That’s a major concern for the Fed. Why? Bill Dudley, former head of the New York Fed, explained in a Bloomberg op-ed earlier this month:

Wishful thinking in markets only makes the job harder, by loosening financial conditions and requiring more monetary tightening to compensate.

A recent 5-Minute Forecast on Agora called any thought of a “pivot” nothing more than a Wall Street delusion. According to Jim Rickards, here’s why:

…there’s a serious roadblock in the way of the pivot, the ‘hot’ July jobs numbers. That will give the Fed further justification to continue with aggressive tightening… But the Fed figures that if the economy is still adding plenty of jobs even after its recent moves, it can continue to aggressively tighten in order to clamp down on inflation. And just because Wall Street wants a rate cut early next year doesn’t mean they’ll get one. The Fed is more concerned about inflation than the stock market right now. The reality is that the recession is already here. That will drive stock prices steeply lower from current levels. Jay Powell will pivot, but not until it’s way too late to save stocks.

Inflation could certainly pull back between now and next year – say to 6%. But if it doesn’t cool down to the Fed’s inflation target of 2% by March of next year, then Powell will be forced to keep raising rates.

Lacking a proper crystal ball, we’ll just have to wait and see how it all plays out. Until then, it’s fairly obvious Wall Street and the Fed have significantly different ideas about where things are headed.

And that’s a problem, because when Wall Street and the Fed are fighting for control of the economy, nobody wins.

Be sure your retirement savings are ready for anything

No matter what you think about whether the Fed will “pivot” in March of next year, one thing is certain…

We are living in interesting, perhaps even historic, economic times. So now is a good time to take a quick look at your retirement plan to ensure it’s positioned to grow in the good times and endure the bad.

During times of instability (like now), physical precious metals like gold and silver have been relied on for centuries as a safe haven. Security, protection, inflation hedging and diversification, all in a single asset class.

Please take the steps you need to ensure your priorities are in line with your current phase of saving for retirement. And if you’re interested in diversifying with physical precious metals, the team at Birch Gold Group are standing by to help. But call soon – we fully expect to be much, much busier in the months ahead…