Fed Chair Just Made This Inadvertent Case for Gold 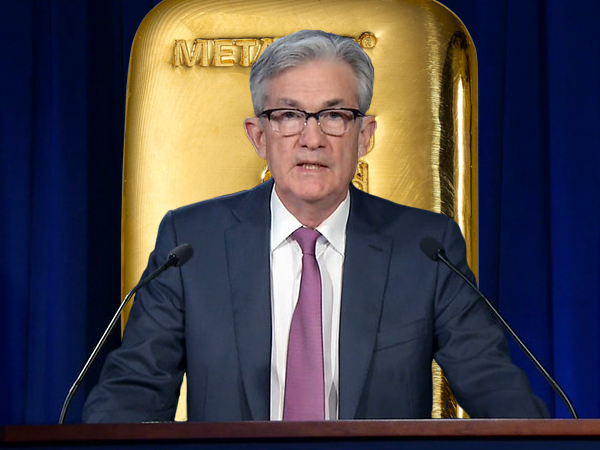 This week, Your News to Know rounds up the latest top stories involving gold and the overall economy. Stories include: Powell boosts gold in Fed speech, why gold is the best bet to make now, and gold remains undervalued as an asset.

Fed Chair Powell gives a nudge to gold during speech

A much-awaited speech by Federal Reserve Chair Jerome Powell last week, held at the Peterson Institute for International Economics, dispelled any notion that the central bank is optimistic in regards to an economic recovery. In fact, Powell was very clear in his belief that many could be disappointed by the sluggishness of the recovery and the various uncertainties that might be scattered across its path.

Powell commented on the state of U.S. employment, noting that more than 20 million people have lost their jobs in just two months. The chair added that existing growth problems have been exacerbated and that any job gains posted over the previous decade have been erased.

Looking forward, Powell said that the Fed isn’t open to negative interest rates right now, but did not completely discount the possibility should the need arise. Although it remains historically low-performing, this now makes U.S. Treasuries one of the few sovereign bonds that haven’t dipped into negative territory.

Having just printed trillions of dollars in short order to stimulate the economy, Powell appeared to not be fully content with the extent of the stimulus that the state has issued. Although Congress has already spent $2.9 trillion on coronavirus mitigation, Powell’s words could be interpreted that a bigger debt bubble is on the way, keeping in mind that the federal budget alone went from being $160 billion in the green as of April 2019 to a deficit of $737.9 billion a year later.

Gold is the safest, most clear-cut bet to make right now

While it might be difficult to get any insight with certainty during turbulent times such as these, Rogue Economics’ Tom Dyson believes there is much to be inferred when observing the stock market from a longer-term perspective. To Dyson, for the past century, the stock market has been following a fairly rigid cyclical pattern where equities range from a decade of being overbought to a decade of being oversold.

Regardless of which cycle the stock market is in, after around a decade, it will begin steeply correcting itself in the opposite direction. While Dyson presents examples dating back to the early 1900s, the new millennium is gauge enough: the massive stock bubble that was forming between 1990 and 2000 burst, only to be followed by what should have been a decade of consistently lower valuations. While this goes in line with the cautions of many analysts that we are nearing a stock correction, Dyson thinks the technical picture for gold is even more optimistic, as he believes that the normal decade-long cyclical correction was delayed by various forms of monetary stimulus.

Taking into account all of the booster shots along the way, Dyson states that 2018 marked the year where the stock market finally resumed its bearish correction after being propped up in the decade leading up to 2000. Since then, gold has outperformed the Dow by a 5-to-1 ratio, lending credence to the notion that the stock market is returning to the beaten path.

Furthermore, Dyson notes that the ratio of gold to stocks will also serve as the best indicator of when the latter have finished their bear cycle. The ratio pits 30 Dow stocks against ounces of gold to tell investors when either market is overblown. A ratio of 30-to-5, for example, shows that stocks have gotten cheap and now might be a good time to buy, whereas a ratio closer to 30-to-15 signals the opposite. While far from the 30-to-41 contrast of the 90s, the Dow-to-gold ratio still sits at a steep 13.9, as stocks have been falling from their October 2018 high of 22 ever since. To Dyson, this is a clear statement that the gold market has 5 to 10 more years of being a generally attractive investment, venue while stocks continue with their revaluation.

Elliot Management: Gold is one of the most undervalued assets on the market

New York-based asset management firm Elliott Management, which handles roughly $40 billion, issued a note to clients after closing the first quarter with a 2% gain. In the note, the team helmed by veteran investor Paul Singer lavished praise upon the yellow metal, calling it not only undervalued but also citing Singer’s earlier quote where the money manager shared his view that gold’s real value is multiple times its current price.

The team listed many reasons for both their outlook on the metal and their gold-inclusive investment strategy. These include overwhelming debasement of fiat money, a new norm of global interest rates and mining disruptions that have placed further strain on a supply picture that has been far from ideal for years.

As per a Financial Times analysis, Elliott Management is just one of several funds to reap the benefits of timely gold investment over the past months. Two other funds with significant gold exposure, Singapore-based Dymon Asia and London-based Caixin, reported gains of 36% and 15%, respectively, with Dymon’s founding partner Danny Young also highlighting gold’s importance as a hedge against money printing.

According to analysts like Sean Lusk, co-director of commercial hedging with Walsh Trading, gold has been stuck in a narrow trading pattern of around $1,700 since April, which usually means a major move is coming either to the upside or to the downside. Given the sheer number of price drivers that gold is currently riding on, the metal’s near term is poised to be an interesting one.