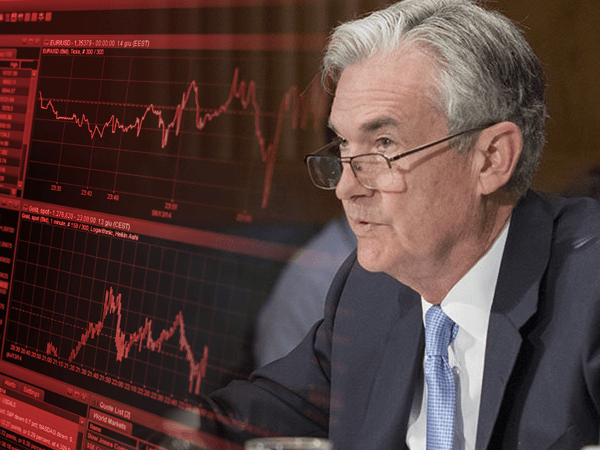 Ever since the credit and equities crash of 2008, Americans have been bombarded relentlessly with the narrative that our economy is “in recovery”. For some people, simply hearing this ad nauseam is enough to stave off any concerns they may have for the economy. For some of us, however, it’s just not enough. We need concrete data that actually supports the notion, and for years, we have seen none.

In fact, we have heard from officials at the Federal Reserve that the exact opposite is true. They have admitted that the so-called recovery has been fiat driven, and that there is a danger that when the Fed finally stops artificially propping up the economy with constant stimulus and near zero interest rates, the whole farce might come tumbling down.

For example, Richard Fisher, former head of the Dallas Federal Reserve, admitted a few years ago that the U.S. central bank has made its business the manipulation of the stock market to the upside:

What the Fed did — and I was part of that group — is we front-loaded a tremendous market rally, starting in 2009.

It’s sort of what I call the “reverse Whimpy factor” — give me two hamburgers today for one tomorrow.

I’m not surprised that almost every index you can look at … was down significantly.

Fisher went on to hint at the impending danger (though his predicted drop is overly conservative in my view), saying, “I was warning my colleagues, don’t go wobbly if we have a 10-20% correction at some point…. Everybody you talk to … has been warning that these markets are heavily priced.”

One might claim that this is simply one Fed member’s point of view. But it was recently revealed that in 2012, Jerome Powell made the same point in a Fed meeting, the minutes of which have only just now been released (emphasis ours).

I have concerns about more purchases. As others have pointed out, the dealer community is now assuming close to a $4 trillion balance sheet and purchases through the first quarter of 2014. I admit that is a much stronger reaction than I anticipated, and I am uncomfortable with it for a couple of reasons.

First, the question, why stop at $4 trillion? The market in most cases will cheer us for doing more. It will never be enough for the market. Our models will always tell us that we are helping the economy, and I will probably always feel that those benefits are overestimated. And we will be able to tell ourselves that market function is not impaired and that inflation expectations are under control. What is to stop us, other than much faster economic growth, which it is probably not in our power to produce?

When it is time for us to sell, or even to stop buying, the response could be quite strong; there is every reason to expect a strong response. So there are a couple of ways to look at it. It is about $1.2 trillion in sales; you take 60 months, you get about $20 billion a month. That is a very doable thing, it sounds like, in a market where the norm by the middle of next year is $80 billion a month. Another way to look at it, though, is that it’s not so much the sale, the duration; it’s also unloading our short volatility position.

Keep in mind, that Jerome Powell is now the CHAIRMAN of the Federal Reserve. In 2012, he was well aware of the exact effects that the removal of stimulus (which includes low interest rates) would have on the false recovery in stock markets. He continues…

My third concern — and others have touched on it as well — is the problems of exiting from a near $4 trillion balance sheet. We’ve got a set of principles from June 2011 and have done some work since then, but it just seems to me that we seem to be way too confident that exit can be managed smoothly. Markets can be much more dynamic than we appear to think.

When you turn and say to the market, “I’ve got $1.2 trillion of these things,” it’s not just $20 billion a month — it’s the sight of the whole thing coming. And I think there is a pretty good chance that you could have quite a dynamic response in the market.

I think we are actually at a point of encouraging risk-taking, and that should give us pause.

Investors really do understand now that we will be there to prevent serious losses. It is not that it is easy for them to make money but that they have every incentive to take more risk, and they are doing so. Meanwhile, we look like we are blowing a fixed-income duration bubble right across the credit spectrum that will result in big losses when rates come up down the road. You can almost say that that is our strategy.

If Powell was fully conscious in 2012 of what would happen in markets due to the Fed’s balance sheet reductions, the question is, will he be honest about it now? My suspicion is that he will not, given that his very first interaction with the American public after becoming head of the Fed was to regurgitate the same nonsensical talking points that we heard from Janet Yellen for years. The mainstream media is desperately attempting to suggest that Powell may “surprise investors” with a change in rate hike policies and the reduction of balance sheet, but so far the markets are not buying this.

So, the question now is, will Powell continue this trend of rate hikes and balance sheet reductions, being that he is recorded as knowing what the results will be? I believe that this is exactly what he will do. Why? Because the Fed’s goal is the deliberate controlled demolition not only of U.S. markets but also U.S. debt instruments and the dollar.

If I am wrong, then Powell, knowing the threat, will reverse rate hike policies and stop dumping the balance sheet in an effort to prop up the system. If I am right, then we will see Powell continue these policies over the course of 2018 and allow the system to implode.

How will this influence the price of gold? Well, in the near term we could see a measured decline or a stagnant metals market as we have seen so far this month. That said, when the real equities crisis kicks in, expect metals to skyrocket as investors rush to safety. The psychology of the markets will come into play far more than fundamentals for a time. One must account for willful ignorance and how long it can be maintained before facts take over.

There are a few major factors that come into play in terms of interest rate hikes and the balance sheet, including the fact that corporate debt is now at levels far beyond that held just before the crash of 2008. We are also witnessing the highest consumer debt levels in history, while personal savings have plunged.

Treasury yields are also spiking to 10 year highs, decoupling from stocks and suggesting that balance sheet reductions might be contributing to a flight from equities.

Stock buybacks, fueled by low interest rates, have helped pump up stocks for years. However, most companies are prohibited from buybacks right before they report their earnings. Without buybacks this past week, we have seen what happens – complete market mayhem. If this is what takes place in a month of reduced buybacks, what will happen when interest rates are raised high enough to make borrowing capital from the Fed prohibitive (ie, too expensive)?

What does all this translate into? The reality that there is NO MECHANISM within our economy that is buoyant enough to keep markets afloat when the Fed backs away. Nearly everyone is in massive debt, there is no one left to buy at the level needed except the Fed.

We are only standing at the beginning of this apparent new trend in equities, but it will be interesting to see what the reaction will be within the system as the Fed continues hiking rates and reducing the balance sheet. Will the beginning of every month in 2018 be met with a brand new storm of selling and panic? It’s hard to say. However, the math certainly does not support a bull market through the rest of this year.

In the meantime, it is likely that blind faith in positive returns will spark intermittent buying events in the short term, and unaware investors (and algorithms) will see this as vindication that buying will always be the answer. But, these buying events so far seem to be met with even more severe downturns. It will not take very many Fed meetings to discern whether or not the central bank will continue to back up stocks. To me, it appears that the decision to pull the plug has already been made.