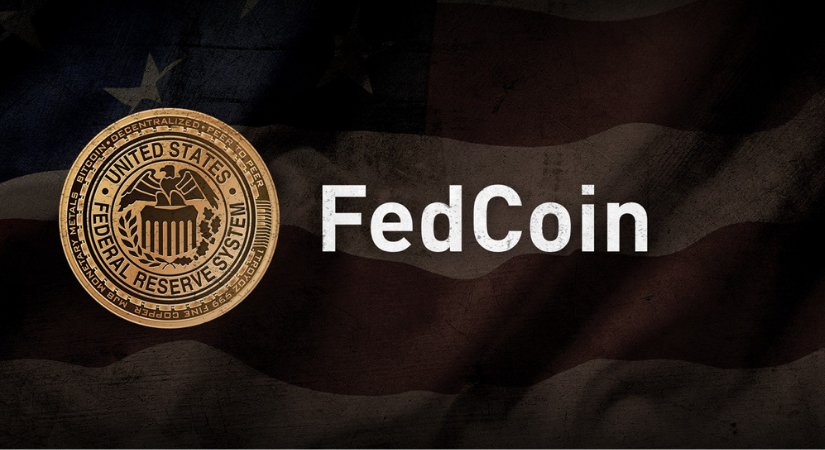 Since the beginning of the pandemic, we’ve seen major increase of paper dollars in circulation. Analyst Wolf Richter explains why:

During a crisis, people load up and hoard cash, much of it overseas, and to meet this demand, banks have to buy more currency from the Fed, usually paying with Treasury securities for this paper.

You can clearly see the rapid increase in the yellow shaded area of the official “Currency in Circulation” chart below:

This hoarding of cash revealed by Wolf signals a decline in the use of paper currency. Remember, any economist will tell you it’s much better for the economy when cash is spent, not saved. If you empty your bank accounts and put your cash in your floor safe, all that money has effectively left the economy. It’s off the books. It no longer exists.

While this might be great for your peace of mind, this is a nightmare scenario for economists. The Fed monitors a metric called the velocity of money, which measures how many times each dollar in circulation gets spent. Here’s how the Fed describes it:

The velocity of money is the frequency at which one unit of currency is used to purchase domestically – produced goods and services within a given time period. In other words, it is the number of times one dollar is spent to buy goods and services per unit of time. If the velocity of money is increasing, then more transactions are occurring between individuals in an economy.

Over the last 60 years, the average velocity of money was 1.9. In the second half of 2020, that number plunged to 1.104 — the lowest in recorded history. The most recent measurement, 1.146, hardly looks better.

In order to get the economy moving again the Fed has to do more than “print money” — people have to spend that money.

This Yale Law Center paper addresses the benefits of a central-bank-backed cryptocurrency:

Our digital money, locked up in private ledgers and exchanged through dozens of heterogenous databases en route from creditor to debtor, lacks the speed, stability, scalability, and security of a good cryptocurrency. A successful Fedcoin would make bank notes, credit card companies, and Bitcoin obsolete, while transforming the nation’s medium for money.

A Fedcoin would integrate bank deposits, savings accounts, retirement funds, credit cards, even Paypal and Bitcoin into a single unit of digital currency, universally accepted, and easier than ever to spend. That’s why there’s a renewed interest an a “Fedcoin,” a digital alternative to paper currency — an idea that has been on the Fed’s back burner until recently…

Since the pandemic began, Fed officials like Lael Brainard have pushed the idea of a centralized digital currency (like China’s). In August of this year, the Fed moved that idea even closer to fruition. Just imagine the benefits from the government’s point of view: greatly reduced costs of printing and distributing cash; no worries about old bills getting shredded and properly disposed of; an end to the expensive anti-counterfeiting arms race.

Of course a digital dollar (also referred to as Fedcoin) could turn your private life into a battlefield.

Facebook and the Fed Compete to Spy On Your Spending

As soon as January 2021, Facebook could enter the digital cash business in the form of a digital basket of currencies and a blockchain-based composite called Libra.

But like almost everything digital, the opportunity to monitor parts of your private life is inherent in Libra. In this case, Libra would give Facebook the ability to directly monitor your spending.

And if that sounds creepy to you, that’s because it is. In fact, Libra vice-chairman Dante Disparte seems to be salivating at the opportunity to snoop on people.

There are certain things you could do with a blockchain payment system that you cannot with alternatives, such as geofencing politically sanctioned countries, blocking suspicious addresses, identifying suspicious activity in real time.

Clearly, such power would provide opportunity to target just about anybody. Robert Wenzel points out why this won’t likely stop at monitoring “bad guys” in a recent blog post:

This means that perhaps down the road, it will have the potential and may block anti-“social justice” spending or politically incorrect spending.

Imagine you’re using Libra, and you want to donate funds to a political candidate whose campaign says Facebook is a monopoly that should be broken up. You might discover your donation blocked by Libra itself.

Even worse, this is Facebook we’re talking about — a company with a notorious history of privacy violations. Libra might decide one day they no longer want a certain type of person using their services. Can you imagine having money and not being able to spend it, because no one will accept it?

The Fed is far from off the hook, though…

In fact, according to Wolf’s article, the Fed might even try to “sell” their version of digital cash as a way to guard against corporate data collection:

So which would be better: the Libra or Fedcoin? You can see why choosing either as the lesser of two evils could still lead to a bad outcome.

For example, the Federal Reserve could decide, “Americans don’t need this product or service.” Then, if you tried to buy it, your purchase could be blocked at the cash register — because the Fed knows what you’re buying in real-time.

Bottom line: neither Libra nor Fedcoin sound enticing, no matter how they sell it to you. You’d essentially be selling your privacy and receiving less than nothing in return. And if the dollar loses its grip as the global reserve currency, or even worse — the Fed were to outlaw cash altogether — you’ll need a solid back up plan.

A “plan B” for your money is a good idea whether the Federal Reserve moves closer to issuing digital cash, Libra comes to fruition, or inflation skyrockets.

That back-up plan should include a physical asset that protects your savings while protecting your privacy.

Precious metals like gold and silver have a 5,000-year history of holding value. Hackers can’t crack your password and steal them. They persist even when the lights go out. And you can make your transactions without worrying whether an anonymous government bureaucrat approves of your politics, your diet, or your spending habits.