Federal Reserve Enters Uncharted Territory as It Prepares for Next Recession 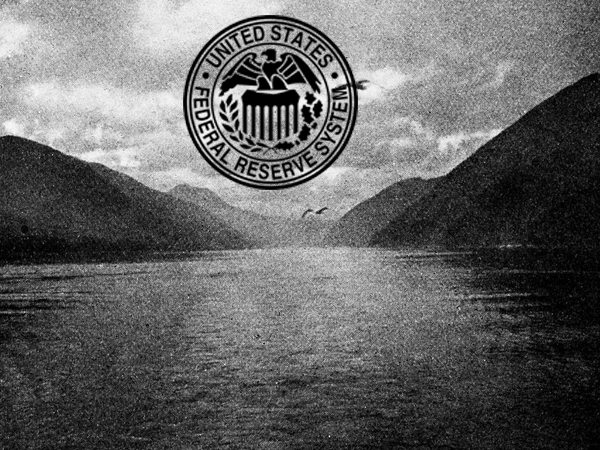 The Fed has openly recognized we’re headed towards the next severe downturn. With their backs against the wall, they’re preparing for this eventuality by looking at ways to lessen the impact.

Since we’re still in what amounts to a 0% interest rate environment, they can’t rely on cutting rates as they’ve done in the past. So now searching for a different “tool” in their toolbox.

What is that tool? Price-level targeting.

CNBC recently reported on the matter (emphasis ours):

Chicago Federal Reserve Bank President Charles Evans on Tuesday became the second Fed policymaker in recent days to call for a new approach to rate-setting that would allow the central bank to respond to shocks when interest-rate cuts alone are not enough.

One option is so-called price-level targeting, Evans said in remarks prepared for a European Central Bank conference in Frankfurt.

Under such a strategy, a central bank combats bouts of too-low inflation by allowing inflation to run too high for a time. Evans championed this policy in 2010 to deal with sagging inflation, but ultimately the Fed rejected such an “extreme” idea as too difficult to undertake during an economic crisis, Evans said on Tuesday.

Though they’re now contemplating adopting such a strategy again, they’re also expressing doubts about it. Even Evans himself has voiced reservations, telling CNBC: “That may be a good way to go, but at this point, I just don’t know.”

And despite San Francisco Fed President John Williams also expressing interest in the strategy, he’s also showed his doubts about it, telling CNBC, “such a shift would require plenty of study and debate.”

How Does Price-Level Targeting Work?

Instead of targeting a specific rate of inflation (the Fed’s normal target is 2%), with price-level targeting they target a specific price level instead. The Fed is hoping this will get the economy going again when it slows down and bouts of zero interest rates occur.

The idea of price-level targeting was summed up by Voxeu:

Consider, for instance, a situation where the economy has been hit by a large negative shock to aggregate demand, and nominal interest rates have been cut to zero in an attempt to stimulate the economy back to full capacity. Because inflation expectations remain anchored at 2% under inflation targeting, the only route by which monetary policy could stimulate the economy is further cuts in nominal interest rates – an option which has been exhausted at this point.

If households and firms understand the impotence of monetary policy in this situation, they might even expect lower future inflation. This would raise real interest rates, thus pushing down demand even further. With real interest rates either constant or rising, a lengthy recession is likely to ensue.

Targeting the price level leads to a different dynamic for inflation expectations. After the demand shock has hit and inflation falls below 2%, a credible price-level target would create the expectation of future inflation of more than 2%. In turn, this expectation will lower real interest rates today and provide necessary stimulus to aggregate demand and upward pressure on prices.

No Central Bank Has Dared Adopt This Strategy in 85 Years

The last time price-level targeting was used by a central bank was in Sweden in the early 1930s. Which means the Fed is actually thinking about resorting to a strategy that hasn’t been used by any central bank in roughly 85 years.

As explained by Voxeu (emphasis ours):

This question of targets – inflation or the aggregate price level – has excited economists for decades. Knut Wicksell first presented the view that Swedish monetary policy should stabilise the price level in 1898. A little over three decades later, Sweden experimented with price-level targeting for the first time (see Berg and Jonung 1999). But price-level targeting did not take-off; it has not been adopted by a major central bank since.

It’s odd the Fed would even consider using a relatively untested strategy to goose the economy. And the fact that it’s actively contemplating it is worrisome for two reasons.

Do you really want to be invested in stocks when the Federal Reserve decides to go “mad scientist” and begins treating the economy like a grand experiment?

By going into uncharted territory like this, the Fed would be putting your wealth at risk.

Don’t let the Fed gamble with your money. Instead, consider moving your wealth into something that’s been proven, time and time again, to protect your hard-earned money in times of economic uncertainty.