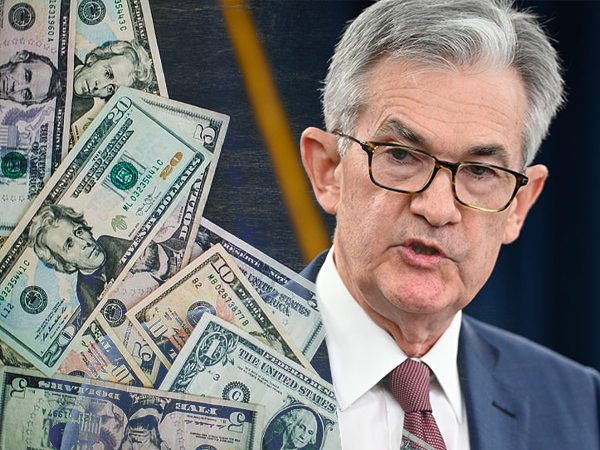 Do you remember the 2-year / 10-year yield curve? You know, the one the Fed swept under the rug in 2018? The one that officially inverted last year?

Well, that same yield curve inversion preceded every major recession for the last 50 years. Last year’s inversion appears to be right on target for preceding another recession, barring a near-term turnaround.

For the last 3 weeks, the Dow has been whipsawing severely. On March 15, Federal Reserve Chair Jerome Powell decided to intervene. Reporting on the Fed intervention, CNBC explained:

The Federal Reserve, saying “the coronavirus outbreak has harmed communities and disrupted economic activity in many countries, including the United States,” cut interest rates to essentially zero on Sunday and launched a massive $700 billion quantitative easing program to shelter the economy from the effects of the virus.

So it appears that Powell has changed his tune, moving the Fed’s language from “organic balance sheet growth” back to what a number of people said it really was, Quantitative Easing.

You can see the sharp uptick in the Fed’s balance sheet growth on the official chart below:

Bottom line, the Fed has started up the “money printing press” again, and in an attempt to curb market panic, has essentially cut rates to zero.

But that hasn’t worked out well so far, because the market is still in panic mode. Which leaves the obvious question…

What Else Can the Fed Do?

The Fed has already made most of the “rate moves” it can make, short of taking unprecedented action.

You can see this reflected in the chart from CNBC below: 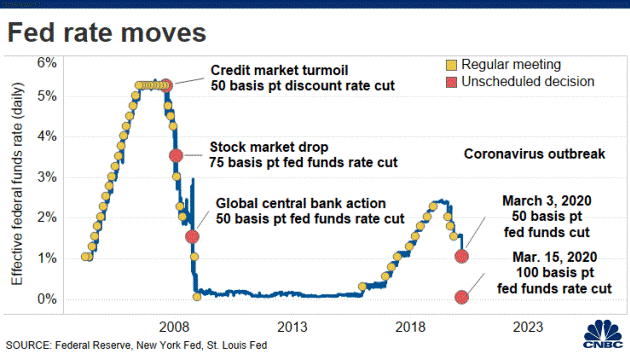 The Fed has also stated, “The Committee expects to maintain this target range until it is confident that the economy has weathered recent events and is on track to achieve its maximum employment and price stability goals.”

We have yet to see if this will instill any investor confidence, or if things will keep sliding. Of course, the Fed can also keep its “QE printer” alive, but who knows how much longer that can keep the markets afloat.

So that begs the question: If the Fed is running out of bullets, can it do anything to save the U.S. markets?

Buckle Up: Uncertainty is Likely for the Near-Term

You don’t have to let the extremely volatile market hit your retirement the way it did to so many people in our last recession. You can start taking action now to protect your savings.

During uncertain times, having a diverse range of assets known for their protection, such as physical gold and silver, is a strategic way to protect what you’ve worked so hard to earn.