Fed Gold Buying May Soon Be the “Policy Option of Choice” 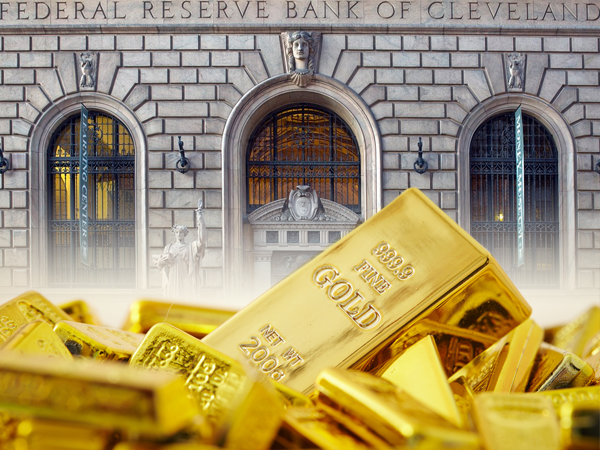 This week, Your News to Know rounds up the latest top stories involving gold and the overall economy. Stories include: Guggenheim CIO thinks the greenback is facing multiple risks, private investors aren’t the only ones buying gold in fear of a crisis, and the bond market and U.S. dollar could be creating a perfect storm for gold.

The U.S. dollar is under the most pressure it has been in a while

However tight of a grip the U.S. dollar has on the global economy, there are only so many accommodative measures that the Federal Reserve can turn to before speculators begin to ask questions. Addressing the state of the domestic economy in a recent note, chief investment officer of Guggenheim Investments Scott Minerd remarked that the Fed has opted to do whatever it takes to keep the economy afloat and avoid a downturn.

With a budget deficit set to exceed $3 trillion this year, Fed Chair Jerome Powell’s team certainly has their hands full. Despite the massive amount of money printed over the past few months, Minerd sees a formal quantitative easing (QE) program on the horizon, one that will have the Fed purchasing assets in spades to keep up with bond issuance.

Minerd also expects this to be paired with a prolonged environment of zero interest rates, which could rightly raise inflation expectations. And while a spike in inflation and low (or negative) interest rates are both major boons for gold – the latter exemplified by the yellow metal peaking in denominations whose nations adopted such policies – the real driver could be the Fed’s necessity to maintain its position on the global stage by purchasing massive amounts of bullion to guard against a potential weakening of its currency.

“The accumulation of gold as a reserve asset historically has been seen as a responsible policy response in periods of crisis,” explained Minerd. “This may very well become the policy option of choice in the future.”

Central banks are turning to gold to offset a potential crisis

Over the past two years, central banks around the world stunned pundits by purchasing roughly 650 tons of bullion in both 2018 and 2019. Purchases such as these show that the official sector clearly has had worries over something, and the consensus appears to be that various central banks are shielding themselves from another crisis.

These purchases, however, came before the pandemic struck a massive blow to the global economy, one whose effects are yet to be fully determined. While there were already expectations that central banks would continue to increase their holdings exponentially prior to the pandemic, a recent study by the World Gold Council showed that central banks are keener on bullion than ever.

Last year, the WGC conducted a similar survey among the official sector, with 8% of central banks stating that they plan to increase their holdings. This year, 20% of the respondents said that their central bank is likely to bolster its bullion reserves, with three quarters of all respondents expecting that global central bank holdings will increase. Besides the greatly heightened risk of a financial crisis, 6 out of 10 respondents also listed low and negative bond yields in economies with massive debt as a key reason to purchase gold.

Another interesting take is that central banks appear to favor buying gold during times of comparatively lower prices due to the strength of their purchases, as seen by their easing off this year when gold passed the $1,700 level. This means that any dip below this level will likely signal an entry point for central bankers, providing major support for gold.

Pepperstone: Gold bulls could soon get what they’ve been waiting for

In a note published by Pepperstone head of research Chris Weston, the analyst went over two main drivers that could help gold push out of its $1,650-$1,750 range, one that nonetheless represents a roughly 20% increase year-to-date.

Both of these have to do with the Federal Reserve’s policies moving forward, which have already pushed gold above $1,750 for the first time in seven years. Last Wednesday’s announcement that the Fed’s primary interest rate will stay between zero and 0.25% possibly until 2022 and beyond, along with a forecast that the U.S. GDP will contract by 6.5% this year, pummeled the equity market and sent gold flying.

From here, Weston views bonds and the U.S. dollar as the key ingredients that will inch gold towards $1,800. Weston said his firm expects an ongoing move lower in nominal yields and increasingly higher inflation expectations. These expectations have already somewhat materialized, with the 5-year real Treasury yields plunging from 11bp to -70bp.

Pepperstone also expects the Fed’s policies to weigh heavily on the dollar and forecasts losses in the greenback down the way as the central bank moves towards more easing. “The U.S. is no longer the standout and almost isolated destination for global savings that it has been in recent years, and investors now have a choice and have redistributed capital accordingly,” said Weston.