Home » Blog » The Fed Just Got the Perfect Cover for the Collapse of the U.S. Economy

The Fed Just Got the Perfect Cover for the Collapse of the U.S. Economy 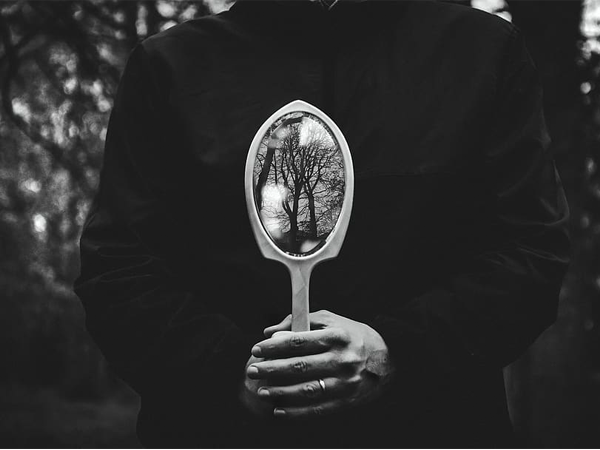 The scapegoating has already started. In almost every sector of the economy that is collapsing, the claim is that “everything was fine until the pandemic happened”. From tumbling web news platforms to small businesses to major corporations, the coronavirus outbreak and the subsequent national riots will become the excuse for failure. The establishment will try to rewrite history and many people will go along with it because the truth makes them look bad.

And what is the truth? The truth is that the U.S. economy – and in some ways, the global economy – was already collapsing. The system’s dependency on ultra-low interest rates and central bank stimulus created perhaps the largest debt bubble in history – the Everything Bubble. And that bubble began imploding at the end of 2018, triggered primarily by the Federal Reserve raising rates and dumping its balance sheet into economic weakness, just like it did at the start of the Great Depression. Fed Chair Jerome Powell knew what would happen if this policy was initiated; he even warned about it in the minutes of the October 2012 Federal Open Market Committee, and yet once he became the head of the central bank, he did it anyway.

For a year leading up to the pandemic, the Fed was struggling to maintain and suppress a repo market liquidity crisis. National debt, corporate debt and consumer debt were at all-time highs. Companies were desperate for new stimulus, and they were getting crumbs from the Fed, rather than the tens of trillions that they needed just to stay afloat. The central bank had sabotaged the economy, but they had to keep it in a state of living death until they had a perfect cover event for the collapse. The pandemic and inevitable civil unrest do the job nicely.

What many people do not understand is that the Fed does not care about the economy. In fact, every Fed action since its inception in 1913 has led to the downfall of the U.S. The Fed is not a maintenance man trying to stave off collapse; the Fed is a suicide bomber willing to destroy everything including itself in order to serve a greater ideology.

Total global centralization is the goal, and every new disaster is exploited to this end by the establishment. “Order out of chaos” is the motto of the global elites; in other words, in every crisis there is “opportunity”. This crisis has been no different. Suggested solutions have ranged from the creation of a cashless society operating on a digital currency system, to permanent lockdowns in the name of stopping “global warming”, to a surveillance state and medical tyranny utilizing 24/7 tracking of citizens in order to “stop the spread of the virus”. But how does the establishment plan to get people to go along with such freedom-crushing policies?

The pandemic by itself is not enough. The George Floyd riots may be a motivator, but they might fizzle out over time. The real catalyst, as I have said for many years now, will be an ongoing economic crash. This crash, engineered in 2008, has been a long time coming. Everything that is happening today is an extension of what happened over a decade ago. That said, the current phase was set in motion in 2018, as noted above.

The virus and the lockdowns solidified the crash, and for those people that were calling for a V-shaped recovery, I think it’s time they admit that this is not going to happen.

The latest Fed models predict a GDP plunge of 52.8%, and the manner in which the Fed calculates GDP is actually rigged to the upside. It is difficult to predict the REAL fall in data, but we know it will likely be larger than 52%. Keep in mind that this crash is in the 2nd quarter, while the Fed pumped trillions into the system. What exactly did this money printing buy? Well, stock markets stabilized, but the rest of the economy didn’t, and stock market optimism isn’t going to last much longer either.

The primary reason we now face a second Great Depression is because the small business sector has been destroyed. Small businesses are vital to the U.S. economy, representing around 50% of the job market. The closures have already resulted in around 40 million job losses in the past two months. Add that to the 95 million Americans that have been out of work but not counted by the BLS as unemployed – as well as the 11 million people that are counted – and you are looking at nearly 150 million working age people not generating an income.

And it’s only going to get worse from here on…

The public doesn’t realize it yet, but many of the businesses that shut down over the past couple months are not coming back. Sure, a lot of them will try to reopen, and there will be a last gasp of activity during the next month or two, but the levels of debt attached to these ventures was already high before the pandemic hit. The recent small business bailouts seemed as if they were designed to give people false hope. According to figures out of JP Morgan, of the 300,000 clients that applied for the small business aid, only 18,000 actually received any. And, of that 18,000, many were larger corporation, not small businesses.

Business sectors most affected include retail and service, which crashed a record 16.4% overall in April. Food service lost approximately 30% of sales. Electronics and appliances lost 60%. Clothing plunged 78%. Auto sales fell 33% in May, and the expected rebound after the reopening has been disappointing.

The businesses most likely to die first are those that had large debt obligations before the lockdowns, as well as those that received no bailout money. Even though companies like General Electric, Verizon, IBM and Tesla all have massive debt issues, they may be kept alive by government bailouts, at least for a time. Small businesses, on the other hand, appear to be slated for destruction.

In particular, I suspect most restaurants besides major chains will go into bankruptcy. Boutique stores and clothing outlets will run out of money fast. Movie theater chains will collapse. Car rental outlets will collapse. Tourism businesses will close en masse and tourism towns will suffer profit losses despite the “reopening” in some states. Larger companies, like airlines, will continue to decline, and they will have to diversify into other areas, such as shipping, in order to survive. The auto industry is not coming back any time soon.

There are a number of reasons why this will happen. In the case of restaurants, the social distancing requirements reduce the number of customers that they can seat at any given time. Restaurants were already suffering major declines before the pandemic, and while take-out venues might have seen an uptick because of the lockdowns, this will not last as people begin to run out of cash and start cooking at home.

The same goes for small boutique stores, which rely on consumers with expendable cash flows. Such consumers no longer exist, and notions of “extra cash” will disappear along with waning government checks. As for tourism, I think there will be some travel, as lockdown restrictions are partially lifted. Many people in the cities will try to get away for a week or two just to escape and feel normal for a little while. However, I also think mainstream economists are underestimating the number of people who will refuse to travel because of concerns about coming in contact with the coronavirus. Just as retail refuses to rebound, so will tourism profits.

Air travel is unlikely to improve for the same reasons. Social distancing makes airplane flights a losing investment as passenger capacity is reduced. New car sales will remain stagnant because people are traveling less, and the used car market is being stocked with product as average people sell off vehicles to get extra cash to make ends meet.

All of these factors result in long-term job losses and debt defaults for small businesses as well as some larger companies. Which means much higher poverty rates and further dependency on government welfare programs.

The real test for the public will come when lockdowns return. I realize that there is a bit of denial in the population when it comes to this idea. I see many people operating on the assumption that the “reopening” is a long-term situation. I assure you, it is not. As I have noted in many previous articles, the establishment intends to use what I call “wave theory”, or a cycle of shutdowns and openings over the span of a year or longer. There WILL be new lockdowns, if not in the name of a resurgence in COVID infections, it will be in the name of stopping the national riots.

The response from the American people will be critical here. Will we support further lockdowns or martial law, even though the measures would harm us economically? Or will the public resist? Will the political left embrace a second lockdown in the face of further infection spikes? Will conservatives embrace lockdowns in the face of leftist protests and riots? Both sides of the political spectrum are being tempted with the use of a totalitarian government response in order to ensure their personal “safety”.

People must be made to understand the reality of our situation: the economy has already been undermined and this threat is far greater than either the virus or the riots. This is the danger that is being hidden by the pandemic and civil unrest distractions, and it is a threat that the government has no means or intention of saving us from. We must save ourselves, and doing that requires preparation and acceptance that the world is changed.