The Fed Hasn’t Done This in 80 Years 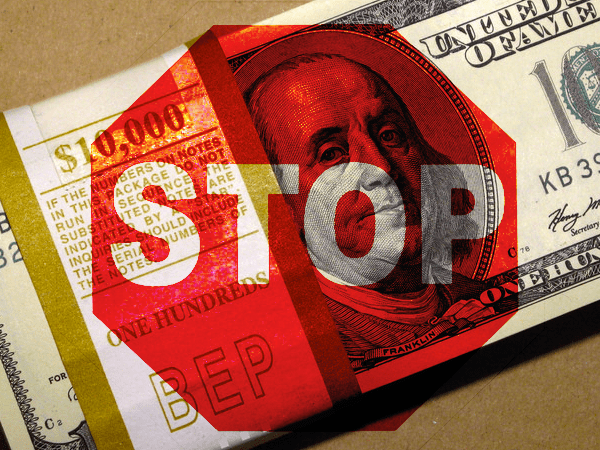 Next Wednesday, the Fed will likely press forward on its mission to raise rates and cut its balance sheet. But, assuming it makes this move (as widely expected), it will be the first time in 80 years it has pursued this kind of policy amidst such tumultuous economic conditions.

Let’s examine what makes the Fed’s current policy plan so historic, how it could impact markets in coming months, and what Americans can do in response…

The Fed’s Toolbox: QE vs. QT

We have to understand the Fed’s primary policy tools before we can truly grasp what’s about to happen: Quantitative Easing (QE) and Quantitative Tightening (QT).

QE and QT operate using the same mechanisms — interest rates and the monetary supply — but they have completely opposite results. QE is intended to speed the economy up, while QT is supposed to slow it down.

But let’s stop for a second and talk about how rate policy and the monetary supply actually work in the context of QE and QT.

Under QE, rates are lowered to boost market liquidity and make money more accessible. The converse is true for QT.

But the monetary supply is a little more complex…

The reason comes down to supply and demand.

Credit seekers are on the demand side, and banks looking to lend are on the supply side.

When the Fed boosts the monetary supply, banks end up with more money on-hand, increasing the supply of lendable money in comparison to the demand from credit seekers. This persuades banks to extend more lending opportunities, and at lower rates.

On the flip side, when the Fed reduces the monetary supply, there’s simply less lendable money to go around, causing banks to favor more reliable credit seekers at higher rates.

In both instances, the monetary supply passively affects overall interest rates in the market.

But how exactly does the Fed change the monetary supply to enact QE and QT?

When pursuing QE, the Fed essentially “prints” new money and uses it to buy bonds and other securities, thus adding to its balance sheet and increasing the total monetary supply.

QT is the inevitable rollback of that process, when the Fed reduces its balance sheet by selling securities and allowing bonds to mature without buying new ones — making the new “printed” money the Fed used to buy those securities and bonds in the first place disappear from the system.

All of that said, what the Fed will almost certainly announce next Wednesday is a strong move toward QT — both in regard to interest rates and monetary supply. But it’s the current economic context of the decision that makes it so important.

Why This 2017 Fed Move Will Make History

Historically, aggressive QT measures like these were used only in times of strength — to suppress inflation and slow down runaway growth.

But the most recent numbers don’t paint a picture where QT makes much sense: Jobs growth is petering out, labor participation is falling off, official inflation is dropping, wage growth is stagnant, and home and auto sales are tumbling too.

However, Fed officials know they have no other choice. They must use this risky QT to start unraveling the web of QE that they spun 8 years ago.

The Fed balance sheet now sits at a whopping $4.5 trillion and rates have stayed near zero for almost a decade. If Fed officials don’t start pulling back now, they’ll have no means to intervene in the next crisis. And after 93 months of economic expansion, nearly the longest streak on record, they know the party has to end soon.

That’s why the Fed is instituting QT in the face of economic weakness for the first time in 80 years.

How Americans Can Respond

Under normal circumstances, QT could be bad news for gold. But these are far from “normal circumstances.” The White House is having trouble making good on its economic promises from the campaign trail, and the economy is already floundering.

1937 was the first and last time the Fed pursued heavy QT under a climate like today’s, and Jim Rickards believes the Fed’s anticipated move could put us on track for a major recession or crash by the end of the summer. In an economic climate as dire as that, precious metals prices would likely move higher.

If Rickards is right, you may want to move into gold soon – it could be your last chance at today’s prices.