Home » Blog » The Fed Holds Back. Interest Rates Remain Unchanged. But Why?

The Fed Holds Back. Interest Rates Remain Unchanged. But Why?

This week, the Fed announced it won’t change interest rates, contradicting its original plans for 2016. Does the deviation indicate a recovering economy? 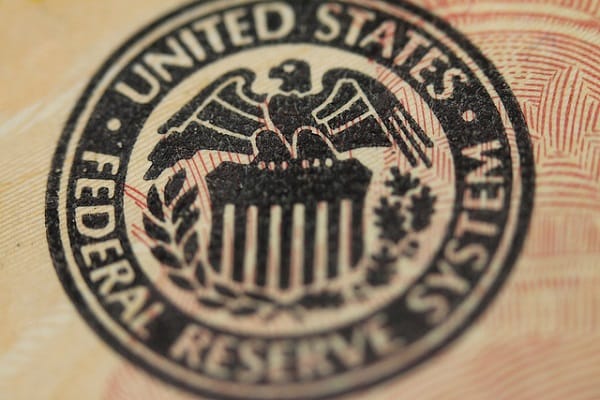 The Federal Reserve has announced that it will keep rates as is for the time being, at 0.5%.

Previously, the Fed said it would carry out four increases in 2016, each by 25 basis points. However, as the months pass, the Fed seems to be stalling. (And this sounds a bit too familiar.)

Here’s what Janet Yellen had to say on this latest decision:

Basically, the Fed is preempting any market downside in the future by deflecting the blame away from their failed policies, and instead towards external factors.

This latest decision by the Fed to leave rates on hold is a major vote of no confidence in the U.S. economy, which is currently signalling multiple signs of trouble ahead, including governments around the world dumping U.S. debt.

Now add to that the fact that the global economy is slowing down, as seen in the Baltic Dry Index, among other leading factors.

As the Fed continues to send mixed messages into the market (thus making it difficult to plan for the future) Americans are losing confidence in the central bank. More and more people are starting to wonder if the Fed is just putting on a show to keep the market happy. And, if that’s the case, how much longer can this charade go on?

Despite the Fed telling the market that it will raise rates, in reality they are planning to run tests on the economy to see how it would handle negative interest rates. Those results will be interesting, to say the least.

To further fuel speculation that the Fed may soon join this club, Yellen previously stated that negative interest rates could be an option, should the economy shrink substantially.

When the Fed says something is an option, it usually translates to “this is the first thing we are going to do if the given scenario plays out.”

However, all this said, the Fed is still trying to maintain its illusion that it may raise rates to 3% by 2018. Of course, the critical problem with this is that rate rises that high could cause the United States economy to topple, and thus trigger another global financial crisis.

Either way the Fed is stuck between a rock and a hard place, and will need a miracle to get out of this one.

So, if you haven’t already protected your savings, this may be your best chance to take matters into your own hands.

Precious metals like gold and silver can provide security when you need it most. Don’t wait any longer; give us a call today to get started.

Why has the Fed been ignoring their congressional mandate? Find out here.

If Everyone Were to Place 2% of Their Money Into G...
Can You Trust the Fed’s Latest Statement? He...
Will Economic Disaster Follow After the Fed Raises...
Fund Managers Haven’t Done This In 15 Years ...
bloomberg, cnbc, cnn money, filip karinja, hang the bankers, jeff cox, negative interest rates, seeking alpha, the federal reserve