Home » Blog » Inflation Is Winning, and Here’s Why the Fed Seems Content To Let It Happen

Inflation Is Winning, and Here’s Why the Fed Seems Content To Let It Happen 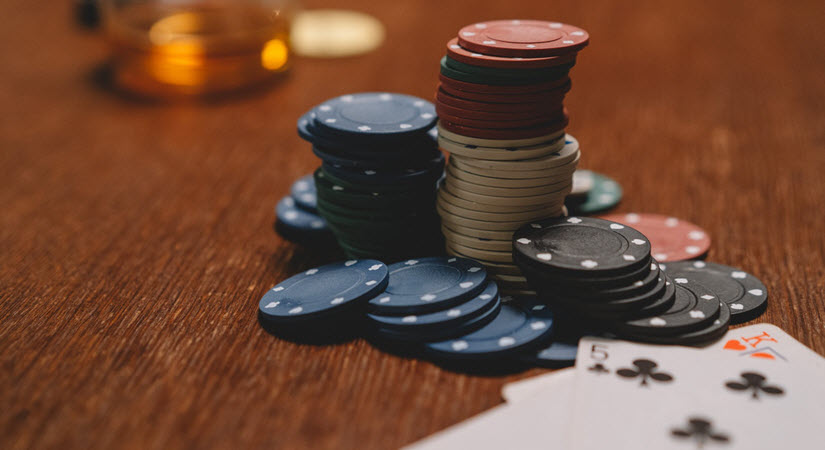 The U.S. Treasury publishes its balance sheet annually. The most recent, for fiscal year 2020, is so egregiously out of whack it might be hard to wrap your head around:

All figures above have been rounded to the nearest billions. The net position also factors in -$3.1 billion in “unmatched transactions and balances,” which is odd. (Looks like everybody has a little trouble balancing the checkbook…)

But the obvious focus? Liabilities outweigh assets more than five to one.

How will the U.S. government try to correct this imbalance? It’s almost certain they will use one of the only tools they have: inflation.

In fact, the latest official inflation numbers have come in, which continue the trend of rising price inflation (see chart): 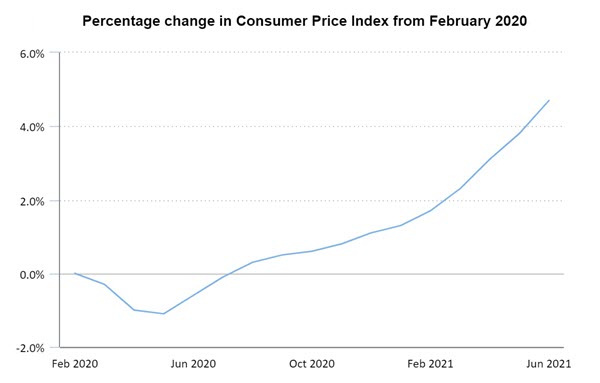 Graph courtesy of the U.S. Bureau of Labor Statistics

Unlike the Fed, which likes to focus your attention on what Wolf Richter calls its “lowest lowball inflation measure” that ignores important prices, the BLS chart includes food and energy.

That’s bad enough. If, however, we use the same measures the Federal Reserve employed in 1990 like John Williams of ShadowStats does, the picture gets a lot worse:

Don’t let the name “ShadowStats” fool you. These numbers are based on the Federal Reserve’s own historic metrics that were retired in favor of the current, less-alarming measures.

Inflation is bad, and it doesn’t seem likely to get better any time soon…

The U.S. could be “Inflation Nation” for quite a while

Almost every important consumer item is still rising in price. According to the American Institute of Economic Research (AIER), this trend won’t be temporary:

We’ll see the next domino fall when it becomes clear that the recent spate of inflation is not temporary. People will clamor for the Fed to rein in inflation, but it will be unable to do so. Federal borrowing is now so great that the Federal Reserve’s monetary policy has become a servant to politicians’ fiscal policy. [emphasis added]

If the Fed being unable to stop the already rising inflation wasn’t bad enough, the same report went on to explain why that outcome appears inevitable:

The annual interest expense on the debt is over $0.5 trillion. If the Fed were to slow money growth in an attempt to combat inflation, interest rates would rise. And if interest rates rose merely to their historical average, the annual interest on the debt would exceed $1.3 trillion. Runaway government spending has put the Fed in the position of having to choose between sustained and significant inflation and government insolvency. And government insolvency is not a viable option. [emphasis added]

“The sequence of falling dominoes is too far along to stop,” wrote Antony Davies, the report’s author. It’s hard to disagree once you wrap your head around the economic “gluttony” that has taken place over the last 18 months or so.

Things have to “return to Earth” at some point. It’s a law of nature.

But in the end, the disparity between assets and liabilities combined with out-of-this-world costs just to service this debt could amount to a “last stand” for Powell’s Fed.

It’s becoming increasingly clear that to avoid the U.S. government going bankrupt, the Fed’s only recourse would be to inflate the money supply to pay off that debt with increasingly-worthless dollars.

And if that’s how this plays out, it might leave the U.S. debt-free. But it would also put most of the citizenry in the poor house.

If that’s the case, make sure you’re in the best position possible to make your own rules.

It isn’t likely the spending will stop any time soon, as evidenced by the recent infrastructure bill and resulting $3.5 trillion budget proposal. Even if a long-term economic disaster doesn’t happen, inflation isn’t likely to return to Earth any time soon, because it seems no one wants to pay the bills.

That means you need to brace yourself for a long and bumpy ride. As Dr. Denis Waitley said:

Expect the best, plan for the worst, and prepare to be surprised.

So this is your opportunity to take stock of your financial plans. Examine your retirement savings, and analyze your exposure to risk. Create a strategy that’s diversified and resilient enough to endure the worst-case scenario, just in case. Physical precious metals like gold and silver have long been the “gold standard” in safe haven assets.

Do this now, because once those dominoes start toppling, there are going to be an awful lot of desperate people scrambling for the exits. Make sure you and your family are in the best possible position to thrive even after the dollar becomes a fancy piece of worthless green paper.