Fed’s Anticipated Reaction to Next Recession Could Seriously Hurt Savers 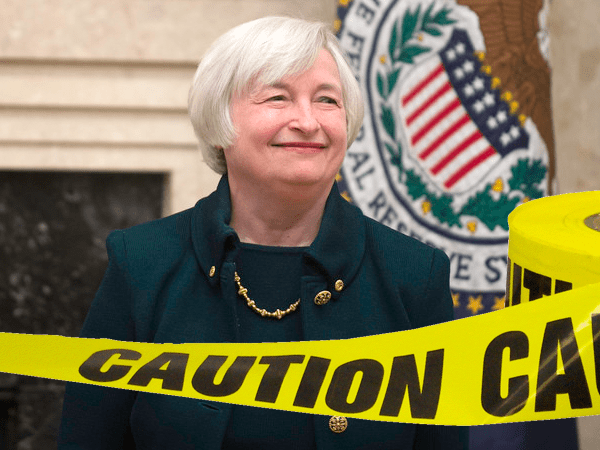 As markets continue their third largest period of expansion since the 19th century, concern is mounting as to when America’s next downturn will happen. But what may be even more concerning is how the Fed will respond to it.

Since officials have struggled to normalize their policies from 2008, many believe the Fed will be forced to employ negative interest rate policy (NIRP) when the next recession hits. And that could have serious consequences for savers.

Here’s what you should know, and how to prepare your savings…

Running Out of Bullets

When the economy enters troubled waters, the Fed only has a couple tools it can use to keep us afloat:

But using these tools comes with consequences. That’s why central bankers should only use them in emergency situations, and even then, with the utmost conservatism.

For example, if the Fed relies on these tools too heavily, it runs the risk of giving our economy too much artificial support. As a result, markets become dependent on that support, and taking it away (i.e. “normalizing” policy) grows harder and harder.

Consequently, when the Fed does start taking away that support through normalization, one of three things can happen…

1) The economy stays resilient, and the Fed can keep normalizing.

2) The economy pulls back, which causes the Fed to stop normalizing.

3) The economy falls into recession, forcing the Fed to resort back to more rate cuts and QE.

Here’s the catch: When the Fed slashes interest rates and uses QE, it has to normalize those policies before another economic crisis. And if that doesn’t happen, the Fed finds itself in a dangerous position where it has to use additional, increasingly extreme policy just to keep our heads above water.

We’ve seen four rate hikes from the Fed since 2008, but rates are still at historical lows. Plus, thanks to years of QE, the Fed balance sheet is larger than ever before.

Policy is nowhere near being normalized, central bankers are not ready to respond to another recession.

This leaves us with a very important question: What will the Fed do when our next recession finally hits?

Why Negative Rates Are Inevitable

Fed officials have already pushed the envelope on “responsible” monetary policy. Their reaction to our last crisis — years of near-zero interest rates and QE — was completely unprecedented. No central bank has taken such significant action in history.

Now, officials are trying to slowly roll back that extreme policy, because they’re essentially “out of bullets”.

However, America is overdue for a recession. We’re living in the third largest bull market in history, and as the saying goes, what goes up must go down. To expect the expansion we’re feeling today to keep going forever is foolish to say the least. Furthermore, many market watchers believe we should expect another recession in the next 1-3 years.

But the simple truth is that the Fed can’t “reload” its supply of policy bullets inside that brief window of time. It’s already struggling to get rates back above 1%, and it hasn’t even started to unwind its QE-inflated balance sheet.

This is why NIRP is all but inevitable.

Investors and analysts are redoubling their warnings that with global borrowing costs already so low, central banks will need to be prepared to cut interest rates deep into negative territory in the next economic downturn. The message is taking on urgency as anxiety builds that the U.S. is nearing the end of its current economic expansion cycle.

“I don’t think the central bankers would like to go back into negative rates once they get out of it, but the reality is they may well have to during the next recession,” Iain Stealey, the head of global aggregate strategies at JPMorgan Asset Management in London, said in a Bloomberg TV interview Monday.

The low interest rates this late in an economic cycle is without precedent… the Federal Reserve cut borrowing costs by an average of 5.5 percentage points in the nine recessions since the mid-1950s — an impossibility today without negative rates.

So why are negative rates so bad? How will they affect average savers?

When rates are near-zero, your cash savings is already losing spending power at an alarming rate due to inflation. The rate of return inside most bank accounts in that environment just isn’t enough to outpace inflation — especially when central bankers are printing money like there’s no tomorrow.

NIRP will only rob your spending power faster.

That’s because under negative rates, banks will actually charge you to keep money in your account. Instead of keeping your money in the bank and making peanuts on interest, you’ll be paying interest just to maintain your account!

The only way to escape will be to store your wealth outside interest bearing (or interest charging, in this case) accounts. But where should you store it?

Piling your savings into the risky stock market is less than ideal. And under NIRP, traditional “safer” assets like bonds and treasuries will be no better than a savings account.

Thankfully, there is another option…

1 Asset That Benefits Handsomely Under NIRP

When the next recession hits, it seems very apparent that the Fed and other central banks will be forced to employ NIRP to stop the bleeding. And average savers are the ones who stand to lose the most.

In response, Americans will rush to relocate as much of their wealth as possible outside the banking system. They’ll be searching for shelter assets to protect from the painful and costly squeeze NIRP puts on their spending power.

There’s one shelter asset they’re practically guaranteed to buy in droves: physical precious metals. And what will all that buying activity do to metals prices? It will only drive them higher and higher.

That said, savers who own precious metals before NIRP takes effect may very likely be in store for a pleasant bump.