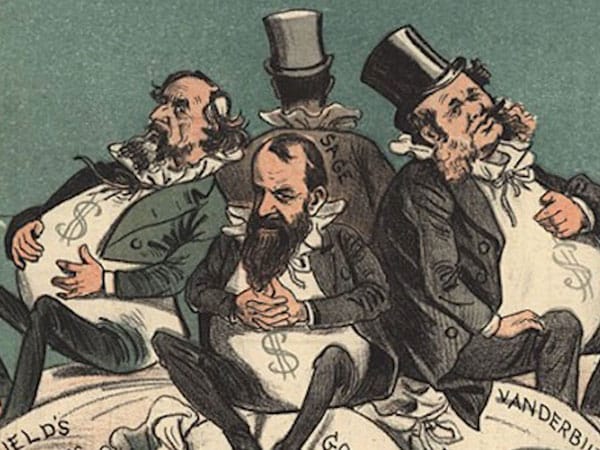 The Federal Reserve’s plan for three small and “gradual” rate hikes in 2017 is already worrying analysts, but newly released minutes from the central bank’s December meeting and insight from recent job data reveal that it might hike rates faster than expected. An uptick in labor markets and wages threatens to put big businesses at a disadvantage, and the Fed may use interest rates to protect them – all at the expense of American workers.

Why the Fed Favors Corporations Over Workers

The Fed has a vested interest in protecting the economy’s biggest drivers: big businesses and corporations. In the eyes of Fed officials, workers are a renewable commodity to be managed and manipulated, but corporations are finite assets to be nurtured and grown.

From the Fed’s perspective, America’s millions of underemployed and unemployed individuals can bounce back if/when the private sector starts generating sufficient demand in the labor market. But once a corporation dies, it’s gone for good.

That’s why workers take a back seat to big businesses in today’s economy.

But it’s this mindset that could severely hurt the American public.

The Fed keeps a close watch on the relationships between three core metrics to gauge the pressure being exerted on large businesses, and to subsequently guide the speed and frequency with which they increase interest rates. They are:

Put simply, the Fed favors corporations by working to keep market prices for their goods and services higher than their personnel costs, which rise with wage inflation and labor market tightness.

Corporate profits become threatened if the economy “overheats” from a rapid increase in wages and employment, but the Fed can use rate hikes to stall the economy and keep big business from getting squeezed.

Can We Expect Rate Hike Surprises in 2017?

The Fed is getting nervous.

Since 2014, wage inflation has been making significant strides compared to consumer price inflation. And as we move into 2017, the labor market is tightening more than expected.

…Several members noted that if the labor market appeared to be tightening significantly more than expected, it might become necessary to adjust the Committee’s communications about the expected path of the federal funds rate, consistent with the possibility that a less gradual pace of increases could become appropriate…

Even under ideal circumstances, Fed intervention would create a frustrating economic slowdown. And at worst, Fed officials could lose control and push the economy far further than intended.

In the event that the economy is pushed too far, buying protection from the Fed’s runaway train today – through real assets like gold – may prove be a prudent choice tomorrow.