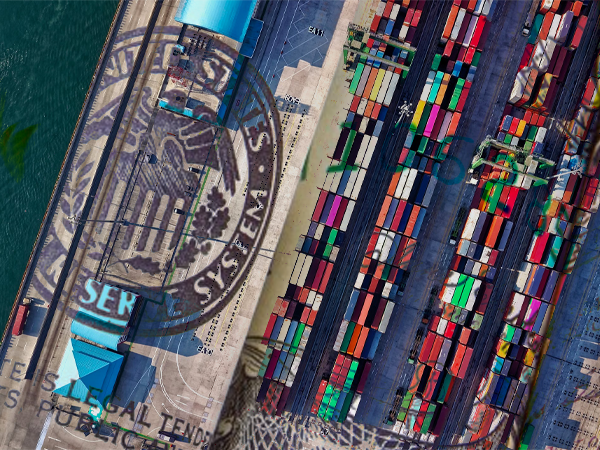 Only two and a half months ago, the Fed signaled two rate hikes for 2019. But the Powell-led Fed appears confused because they’ve just adjusted that forecast to zero.

They also forecasted the end of its “QT” (quantitative tightening) balance-sheet runoff by September 2019. According to a CNBC article, the Fed is giving the market what it wanted, suggesting even more confusion.

This is explained in another CNBC piece:

The Fed forecast no rate hikes in 2019, and that is down from two hikes forecast earlier. The central bank also indicated it intends to end the reduction of its massive $4.2 trillion balance sheet by September. However, the Fed also trimmed its economic growth forecast for 2019.

The same article then highlighted some consequences of making this seemingly confused decision:

The Fed’s announcement also dragged down yields, which in turn knocked bank stocks lower. The benchmark 10-year rate falling to its lowest level in a year to trade at 2.532 percent. The 2-year yield also dropped to 2.4 percent.

What this says is, as a result of the announcement, the yield curve dropped back to 14 basis points, almost a record low since 2008. It looks like Chairman Powell decided to pay less attention to this often-reliable signal for market recession last year.

The yield curve was close to inverting for most of 2018, and now again in 2019. With a market signal like that, you would think the Fed would be more cautious about “giving the market what it wants.”

According to Christian Fromherz, “we’re not out of the woods”. He says to CNBC:

“We’re not out of the woods by any means,” said Christian Fromhertz, CEO of The Tribeca Trade Group. “These are things that continue to be bumps in the road with the equity market.”

“The Fed needs to stay dovish and you need a trade deal to eventually get done. You’re seeing that through FedEx and BMW.”

What the Fed “needs” to do is pay closer attention to reliable market signals, and quit playing politics. But it doesn’t appear like this will happen. And as a result, market volatility could become an even bigger issue.

Trade War Tariffs to Continue for “Substantial Period of Time”

The Fed isn’t the market’s only worry, however. Continuing trade war talks and tariffs are also affecting market performance.

According to MarketWatch, the Dow Jones dropped more than 150 points on POTUS’ declaration that he would leave trade tariffs on China for a “substantial period of time.”

Another MarketWatch bit reported the direct consequences of this:

So the market already appears “touchy,” with any hint of trade war tension creating more uncertainty as Q1 comes to a close.

That, and the trade war already cost the economy $7.8 billion in 2018, according to Reuters. If something goes wrong, it could escalate yet again, and cost even more.

The trade wars have hit the economy hard, and may hit harder in 2019.

Better to Be Prepared than “Comfortable”

Market volatility still operates in the background (and almost always does). At some point in 2019, it could take over. After all, that’s what happened at the end of 2018, and in 2008.

Meanwhile, the Fed is turning a “blind eye” to the yield curve, and appearing to “buffer” what is really happening.

Then there’s China hashing out the trade war with the U.S. on the global stage, while the national stock market is on “pins and needles” awaiting the next announcement from the Fed, POTUS, and perhaps even the Treasury.

Being “comfortable” isn’t always an ideal stance. It can lead to complacency, and do damage to your retirement. It’s better to be prepared, because anything can happen at any time.

Having a diversified portfolio with assets known for their protection during uncertain times such as gold and silver is a strategic way to prepare. This way you can be comfortable with the knowledge that you’ve protected your retirement.