Home » Blog » The Confused Fed Surprises Investors With a 0.75% Rate Hike – So What’s Next?

The Confused Fed Surprises Investors With a 0.75% Rate Hike – So What’s Next? 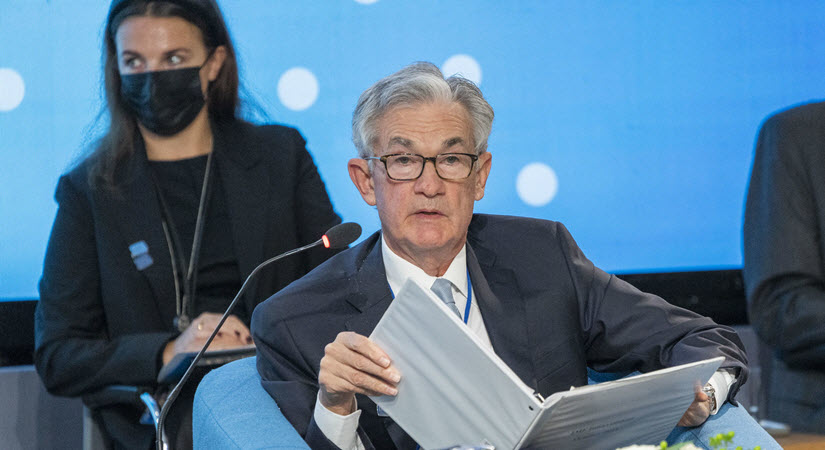 "We want to see progress. Inflation can’t go down until it flattens out. If we don’t see progress... What was the question?"
Image (CC BY-NC-ND 2.0) via IMF Photo/Cory Hancock

On May 4th, 2022, Federal Reserve Chairman Jerome Powell told us that a major rate hike “wasn’t being actively considered.” But just five weeks later, on June 15th, his Federal Reserve did exactly that.

Now, this isn’t the first time that the Fed has acted confused about its approach to monetary policy.

So when Chairman Powell’s Fed announced a rate hike of 0.75%, for some investors it came as a surprise. Some analysts called this decision “aggressive”:

The Federal Reserve raised its benchmark interest rates three-quarters of a percentage point in its most aggressive hike since 1994.

Following the announcement, stock markets seemed relieved, and bounced 2.5%. This was very confusing to me – I’d expect that sort of bullish response if the Fed had announced a lower interest rate hike, or another continuation of easy-money policies.

Before I could put together a plausible explanation, the very next day, on absolutely no news, stocks dropped over 3%. All three major indices are in confirmed bear-market territory, down 20%+ from their most recent highs. I have no explanation for this whatsoever.

Let’s turn our attention to the Fed’s recent decision and try to figure out what’s going on there.

Does this mean the Fed is finally taking inflation seriously?

The primary reason for Powell’s decision seems simple enough – inflation is the highest it has been since the early 1980s. People are really upset about it, too, as we discussed earlier this week. He tried to reassure Americans that he was really serious about it:

We want to see progress. Inflation can’t go down until it flattens out. If we don’t see progress … that could cause us to react. Soon enough, we will be seeing some progress.

Q: When, exactly, will inflation subside?

That’s not much of an answer.

That doesn’t inspire too much confidence.

Perhaps more surprising is the longer term outlook for the funds rate, which is projected to rise as high as 3.8% by year’s end. That’s the highest rate since late 2007 – just before the Great Financial Crisis led to massive Fed intervention, setting the stage for today’s “Everything Bubble.”

The Fed’s newly-hawkish stance implies another 0.75% hike in July. This led to a divided response. On one hand, many investors were relieved at the surprising move:

Powell leaving the door open to another big increase came as a positive surprise to markets as many investors urged the Fed chief to show his seriousness in combating surging prices. Major equity averages jumped to session highs after Powell’s remarks.

That relief would certainly explain the Wednesday rally we saw. But why would that same relief evaporate the very next day?

On the other hand, some analysts believe equity and credit markets aren’t as impressed as retail investors. After all, Powell missed the boat way back in 2021. Pershing Square’s Bill Ackman summed up this perspective. In his words, the Fed:

…has allowed inflation to get out of control. Equity and credit markets have therefore lost confidence in the Fed.

Analyst Wolf Richter’s impression is, the Fed wants us to know that “markets are on their own.” At least for now.

At the same time, Richter reminds us the Fed is “still pouring fuel on the fire.” He continues:

But CPI inflation is now 8.6%, and the “real” EFFR is now a negative 7%, which represents the amount by which the Fed has fallen behind inflation. Its slowness in reacting to inflation is unprecedented in modern times. 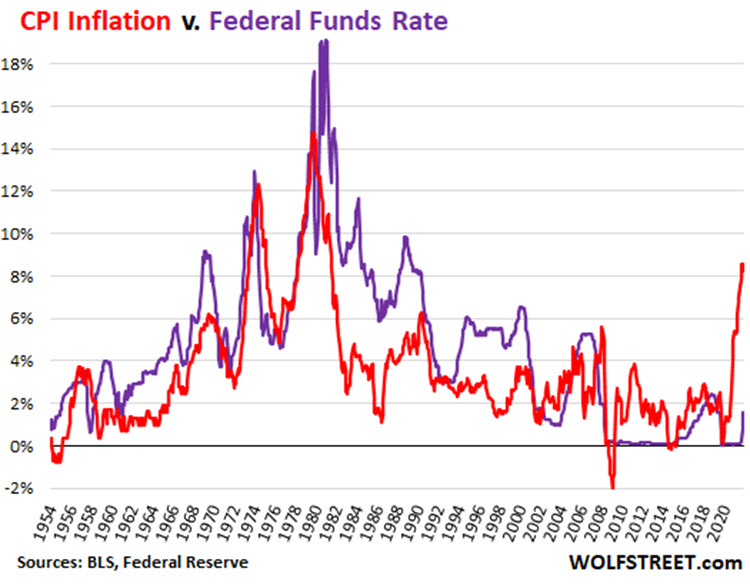 Richter concludes that rates must go much higher, and a “soft landing” for the economy simply isn’t likely.

The obvious next question is, just how hard a landing will we have?

When liquidity in the marketplace tightens, in response to the Fed’s actions, risk necessarily increases, according to Christian Hoffman, a portfolio manager for Thornburg Investment Management. He knows a thing or two about risk, considering he worked at Lehman Brothers in the dark days of 2008. He told Bloomberg:

Liquidity in the market is worse than it was leading up to Lehman.

In case you’ve forgotten, Lehman Brothers was America’s fourth-largest investment bank, which opened its doors in 1844 and grew into a 25,000-employee international enterprise worth north of $600 billion. Then, one autumn day:

Lehman Brothers filed for bankruptcy on September 15, 2008. Hundreds of employees, mostly dressed in business suits, left the bank’s offices one by one with boxes in their hands. It was a somber reminder that nothing is forever—even in the richness of the financial and investment world.

Lehman Brothers was just one of the 165 banks that failed in the interim (along with such names as Bear Stearns, IndyMac and Washington Mutual). The 2007-08 Financial Crisis went on to consume over $10 trillion in global wealth.

Honestly, I don’t know whether we’re looking at another “Lehman moment.” I can’t even explain why Wednesday’s relieved stock bulls changed their minds on Thursday.

I can tell you this: The less sense the financial markets make, the more concerned I become.

Bottom line, with this much turmoil in the markets, now is a perfect time to consider the benefits of diversifying with physical precious metals. For many everyday Americans in search of a safe haven from market volatility, owning real gold and silver gives them a great deal of confidence in their own financial security that no amount of “money on paper” can offer.

I can’t tell you what the Fed will decide during their next meeting. I can’t tell you how markets will react to it, either. After nearly two decades in this business, however, I can tell you with a great deal of certainty that gold and silver will continue to serve as safe haven investments.