No One’s Going to Save Us from What Comes Next 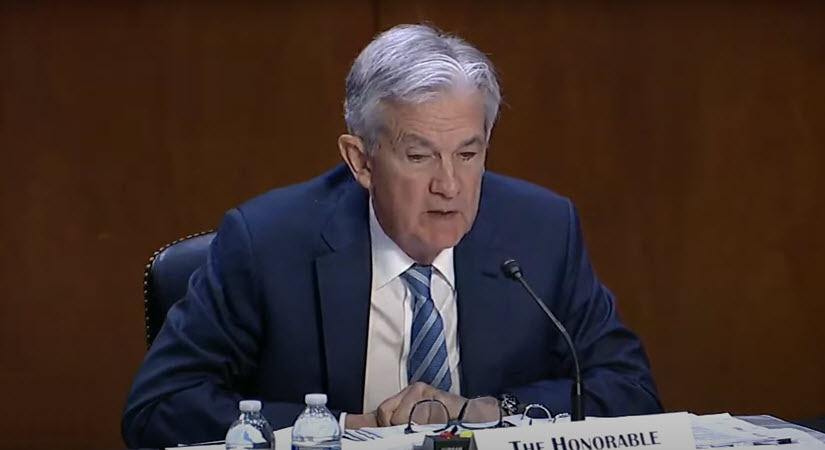 Federal Reserve Chair Powell explains to the Senate Banking Committee all the things the Federal Reserve cannot do on June 22, 2022. (Image from PBS livestream of Powell's testimony.)

After a tumultuous 2021 where Powell and Yellen both insisted for months that rising inflation was merely “transitory,” inflation got much worse in 2022.

Aside from being the “tax no one voted for and everyone pays,” historic inflation accelerating to levels not seen in over four decades has serious consequences. One of those consequences is the near-certain probability of a major recession, resulting from attempts to “cool off” inflation.

A recession is the next logical conclusion, after all. It has historic precedent stemming from the 1980s, when former Fed Chairman Volcker made history by raising rates through the roof (ending at over 20%).

The resulting “Volcker Rule” is reminiscent of the strategy Powell is applying now. One Barron’s op-ed called it an “impossible job” and described the before the Fed:

Did that mean the Fed was now planning on a recession?

Well, replied Powell, it still might be possible to bring down inflation without a recession. But, he added, “those pathways have become much more challenging due to factors that are not under our control … [like] the fallout from the war in Ukraine, which has brought a spike in prices of energy, food, fertilizer, and industrial chemicals, and also supply chains more broadly… That sentence says on its face that monetary policy alone can do this. And that just didn’t seem appropriate.”

The answers to these questions aren’t as important as the reality they reflect. Let’s take a quick look at that for a moment…

Economic impacts that are hard to overlook

The average American doesn’t have to look too hard to discover the scope of the economic despair on the way.

The economic challenges facing the U.S. are all pretty plain to see. Inflation is still on a tear — the consumer price index is up 8.6 percent over the last year, rising at its fastest pace since 1981 — and the Federal Reserve is scrambling to control it by aggressively hiking interest rates in order to cool down consumer demand. Many are worried that the central bank’s effort will end up pushing the country into a slump.

Together, these factors are setting off alarms on Wall Street and beyond. Bloomberg Economics, for instance, is now predicting a 3-in-4 chance of recession by 2024. [emphasis added]

Yes, it looks bad. Yes, it’s likely to get worse before it gets better. What’s more important is the now-apparent lack of meaningful solutions if Powell’s rate hikes fall flat.

Another snippet from Weissman’s reporting that’s probably correct: “The Fed isn’t aiming to create a recession, but it will probably tolerate one if that’s what it takes to get inflation in check.”

At times like these, it’s worth remembering the Federal Reserve is not looking out for your wellbeing. If I’m feeling generous, I’ll grant they’re trying their best to keep the entire economy healthy.

They’re looking at statistics, not individuals. They see surges in food and energy prices as “normal volatility.” Chairman Powell doesn’t care it cost you nearly $100 to fill your gas tank.

And if a recession’s what it takes to make the economy healthy again, the Fed will let it happen, regardless of the consequences for normal folks like you and me.

One final quote from Weissman’s article:

Things might not actually be that hopeless. But as of this week, one thing seems pretty clear: If the economy does tip over a cliff, nobody in Washington is going to swoop in to stop its fall.

If you were hoping for the White House, or Congress or Powell’s Fed to ride to the rescue, you’re out of luck.

That means it’s high time to take your financial security into your own hands. And unlike the Federal Reserve you’re not out of options.

It’s time to buckle down and do some serious financial planning, including looking forward into the next decade. Now is the time to shore up your savings, possibly with inflation-resistant investments to ensure you’ll be able to count on today’s money tomorrow. Now is a great time to learn how to diversify your savings with physical gold and silver to help you through rough times ahead.

The reason people hold gold is as a protection against what we call tail risk, really, really bad outcomes. And to the extent that the last few years have made people more worried about the potential of a major crisis, then they have gold as a protection.

Don’t wait, because (like car insurance), after the wreck, costs go up – and it will be much more difficult to recover financially.

Prudent folks know they need their protection, their insurance, all settled before they need it.

Now is the time. No one but you is responsible for your own, and your family’s, financial wellbeing.