Fed Repo Operations to Continue Along With Potential Return to QE 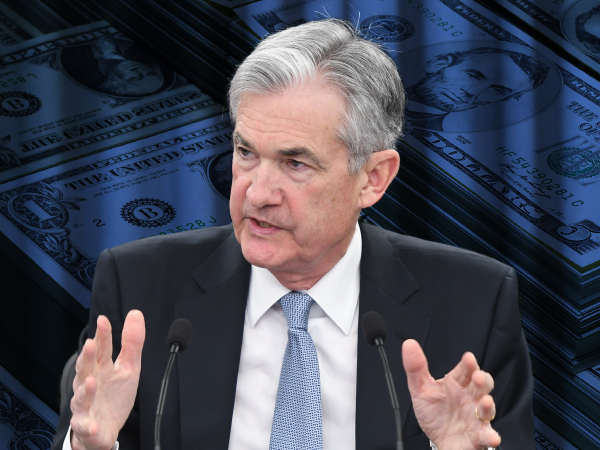 Photo by Flikr.com | CC BY | Photoshopped

In an attempt to calm a lending market rattled from liquidity issues last week, it appears the Fed is going to continue repo operations well into October.

According to CNBC, “The process will involve three 14-day operations involving $30 billion as well as continued overnight operations of at least $75 billion each.”

The repo market provides the U.S. intra-bank lending network with funding on a short-term basis. If that funding dries up, like it did twice last week, it can create an unsettling situation with the potential to turn into a full-blown financial catastrophe.

But this fiasco isn’t likely to end on October 10, when the Fed intends to cease this round of repo operations. MSN has revealed that policy makers are considering a rather “open-ended” approach going forward:

After that point, policymakers planned to “conduct operations as necessary to help maintain the federal funds rate in the target range, the amounts and timing of which have not yet been determined.”

An uncertain future for repo markets lies ahead. And to add fuel to the fire, it appears that last week’s liquidity operation by the Federal Reserve actually fell short.

An article on Zero Hedge explains the shortfall:

The NY Fed’s first term repo operation in over a decade… has just concluded, and it confirmed that banks are hunkering down ahead of quarter-end, by tendering some $62BN in securities for the $30BN operation, making it more than 2x oversubscribed.

Here’s what that means in layman’s terms. If “John” offers $500 to help with his friend “Jim’s” cash situation, and Jim said he needed $1,000 immediately or risks living on the streets, John’s offer of $500 is 2 times oversubscribed.

Just imagine if the Fed hadn’t tendered the oversubscribed $62 billion in securities, and instead tendered only the initial $30 billion. The consequences may have been disastrous for the lending markets.

And if the initial liquidity situation wasn’t bad enough, the second effort to add liquidity fell short again. According to Zero Hedge, “the $75BN operation was modestly oversubscribed, as $80.2BN in submissions were tendered.”

Also keep in mind that through August 2019, the Fed was working to reduce its balance sheet. Now it appears they may change direction on that policy too.

Currently, the Federal Reserve’s total assets (known as its balance sheet) officially sits at about $3.8 trillion (see chart below):

You can see from this chart that, starting in 2018, the Fed was shedding assets right up until their recent monetary intervention.

In addition to the current rounds of repo operations, CNBC reports, “The Fed will be looking to further expand its asset purchase programs and grow the balance sheet in what Chairman Jerome Powell described last week as an ‘organic’ process rather than QE4, or a fourth round of QE.”

The article goes on to explain the “difference” between the first round of QE initiated in 2008 and Powell’s “organic process” now:

… this time it will be looking to meet demand for cash as it tries to calibrate the proper level of reserves that banks need.

While there may be a minor difference in the details, if Powell elects to go this route at the next FOMC meeting, it could start growing the Fed’s balance sheet much like quantitative easing (QE) did.

Investors are getting nervous about the similarities. According to a different piece at CNBC, “Wall Street now is increasingly of the belief that the asset purchases that stopped two years ago will restart again soon.”

Morgan Stanley even claimed, “The Federal Reserve will have to maintain permanent operations” to keep things running smoothly.

Any way you look at it, the next FOMC meeting is likely to be watched carefully, and the Fed’s balance sheet is poised to grow again.

Do What You Can to Ensure Your Retirement Keeps Growing

This critical lending cog in the financial markets is a bit rusty right now. The Fed is trying to grease it, but their efforts may come up short.

Right now is the best time to make sure your retirement doesn’t “slide” if the Fed fails and things go haywire.

Start by examining the risk levels in your portfolio, then diversify your assets as you see fit. Consider adding precious metals like gold and silver, which have been performing well this year.

Investors tend to seek these “safe haven” assets in uncertain times like these because they can help protect and grow your wealth if the market begins to fall apart.