Fed to Continue Growing Its Balance Sheet With Organic “QE” 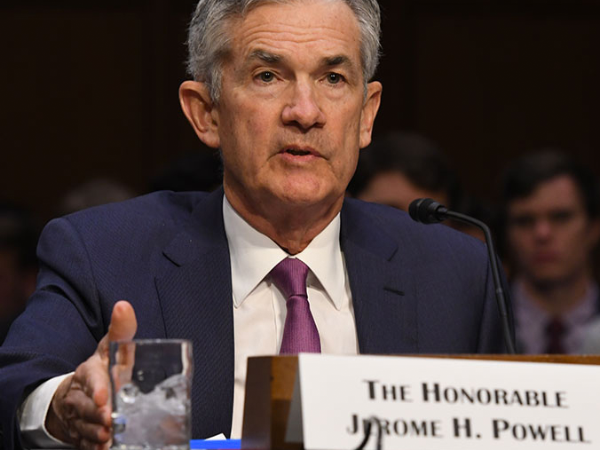 The Federal Reserve is in near-crisis mode. In the face of a recent “avalanche of debt issuance”, and with China and Japan unable (or unwilling) to keep up their pace of buying U.S. debt, our nation’s central bank has announced that it will resume “permanent open market operations”.

In short, this means the Fed will be purchasing securities (buying debt) and expanding its official balance sheet once again, after it stopped doing so about five years ago.

Beginning during the Great Recession, the Fed termed the process of buying securities (in order to add liquidity to the markets) quantitative easing (QE). It’s what the planners determined was necessary in order to right the U.S. economy.

Several rounds of QE, running through 2014, caused the Fed’s balance sheet to more than quadruple. After a not-so-long attempt over the past few years to reduce the balance sheet, the Fed is now letting it grow again, which you can see from the upward tick on the far right-hand side of this chart:

This most recent spike in total assets was due to emergency repurchase (repo) operations that started in late September, which were required to add liquidity to a seizing short-term lending market. Those specific repo operations are supposed to be ending.

But Fed Chair Jerome Powell has announced plans to grow the Reserve’s balance sheet even further, and said the Fed will do so “organically.” It sure seems like he phrased it this way to avoid calling this new operation what it closely mimics, which is the next wave of QE.

Language games aside, Powell will potentially “add $375 billion” to the Fed’s balance sheet each year for the next couple of years, according to a Goldman Sachs projection: 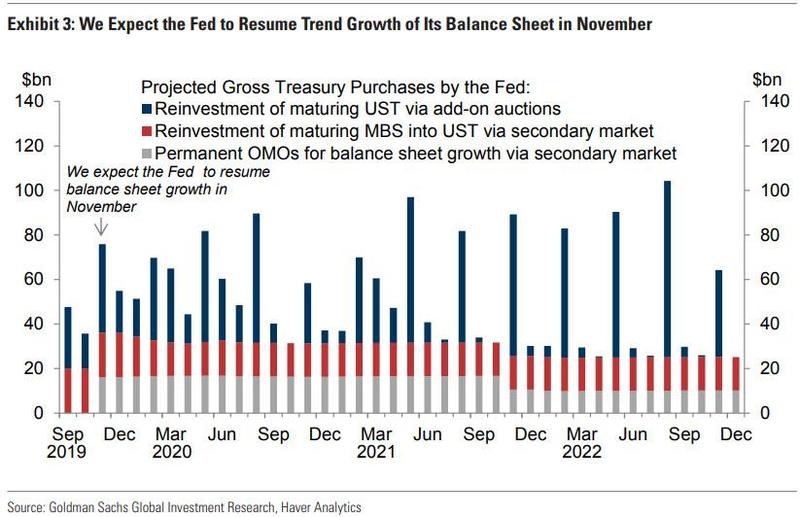 Federal Reserve Chairman Jerome Powell said the central bank will resume purchases of Treasury securities in an effort to avoid a repeat of the recent turmoil in money markets, while leaving his options open on interest rates weeks ahead of policy makers’ next meeting.

But even good intentions can go to waste. The central bank’s “central bank,” known as the Bank of International Settlements (BIS), was quoted in a Financial Times piece:

The unprecedented growth in central banks’ balance sheets since the financial crisis has had a negative impact on the way in which financial markets function.

So if the first few rounds of quantitative easing had such a negative impact on the markets, that begs the question…

Why would Chairman Powell want to initiate anything remotely similar to Quantitative Easing?

Powell tried to ease concerns about “organic QE” by saying, “I want to emphasize that growth of our balance sheet for reserve management purposes should in no way be confused with the large-scale asset purchase programs that we deployed after the financial crisis.”

And there is one even more disturbing possibility. These new “organic” balance sheet growth operations could end up becoming a permanent tool for the Fed to use as they see fit, according to Brian Maher over at Daily Reckoning (emphasis ours):

That is, quantitative easing would attain general status — not restricted to emergency use only.

The thought of giving the Fed that kind of discretion over an idea commonly associated with “printing money” to solve economic problems should give anyone pause.

Make Sure You Can Survive the Next Retirement “Roller Coaster”

There are a number of signals pointing at a near-term recession. If the U.S. economy has not healed from the last major recession from a decade ago, the next one could be catastrophic.

“Printing more money” may not pull the U.S. out of danger the next time, no matter what Powell calls balance sheet growth.

So now is the time to focus on improving your own “economy,” and take a few minutes to consider all of the ways you can hedge your bets.

Moving some of your funds into assets like physical gold and silver can be a wise move to protect your retirement against the decade-long “economic experiment” that appears to be on its last leg.