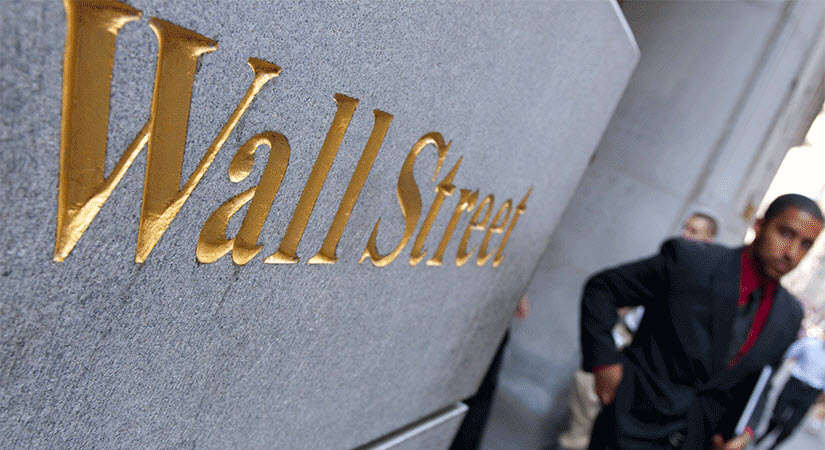 I have said it many times in the past but I’ll say it here again: Stock markets are a trailing indicator of economic health, not a leading indicator. Rising stock prices are not a signal of future economic stability. When stocks fall, it’s usually after years of declines in other sectors of the financial system.

Collapsing stocks are not the “cause” of an economic crisis, they are just the delayed symptom of a crisis that was already there.

Anyone who started investing after the crash of 2008 probably has no understanding of how markets are supposed to behave, and what they represent to the rest of the economy. They’ve never seen markets operating without interference and stock prices moving freely. Central bank meddling, which started as a “last ditch effort” to save the global financial system at any price has now become business-as-usual. Worldwide, stocks surge when investment banks anticipate Federal Reserve easing, the so-called and often-forecast “pivot” from its current monetary-tightening program back to the good old days of endless free money. And stocks plunge every time a member of the Federal Open Market Committee (FOMC) announces that inflation is still too high, and the Fed has to keep fighting it.

Most market participants no longer have any understanding of fundamentals. Robinhood day-traders and Redditors don’t see stocks as a fractional claim on the future profits of a business – they think they’re just buying poker chips in the great Stock Market Casino where everybody always wins.

So far this year, they’ve only witnessed brief glimpses of true price discovery. (That’s a task that only free markets can manage.)

The “line go up” generation of speculators (and all the innocent bystanders sucked into the speculative mania) is grappling with the fundamental law of financial gravity and they just don’t understand what’s happening.

With each new drop in markets one can now predict every couple of months or so with relative certainty that investor sentiment will turn to assumptions that the Federal Reserve is going to leap in with new stimulus measures.

This is not supposed to be normal, but they can’t really help it, they were trained over the past 14 years to expect billions if not trillions of dollars of quantitative easing (QE) immediately when stocks dipped 10% or more. The Fed was always there to make the “line go up.”

The problem is that conditions have changed dramatically in terms of the credit and price environment. All those trillions of QE dollars ultimately created this mess. When QE makes the “line go up,” it’s not just the markets that rise – it’s also sending debt levels surging across the real economy.

Many alternative economists, myself included, saw this threat coming miles away and years ahead of time. In my 2017 article The Economic End Game Continues, I outlined the inevitable outcome of the global QE bonanza:

The changing of the Fed chair is absolutely meaningless as far as policy is concerned. Jerome Powell will continue the same exact initiatives as Yellen; stimulus will be removed, rates will be hiked and the balance sheet will be reduced, leaving the massive market bubble the Fed originally created vulnerable to implosion.

An observant person…might have noticed that central banks around the world seem to be acting in a coordinated fashion to remove stimulus support from markets and raise interest rates, cutting off supply lines of easy money that have long been a crutch for our crippled economy.

Here’s how it works…

The Fed supports markets through easy money that feeds low-interest loans that corporations take out to fund stock buybacks. It’s primarily debt-funded share buybacks that have kept stocks alive for all these years.

Note that while the S&P 500 plunged 20% or more in in the first six months of 2022, stock buybacks also decreased by 21.8%. In other words, there seems to be a direct relationship between the level of stock buybacks and the number of companies participating and the decline of stocks overall.

And why did buybacks decline? Because the Fed is raising interest rates! Easy money is disappearing, and borrowing money for any reason is getting more expensive.

If buybacks are the primary determinant of stock market prices, then the participation of individual investors looks a lot less relevant. Stocks cannot sustain their inflated, speculative valuations out of the pockets of regular investors simply because regular investors don’t have enough capital to keep markets afloat.

Meanwhile, companies must continue to buy their own shares in order to prop up their stock price, and they need cheap Fed money to do that. Stock values are therefore an illusion built only on the whims of the Fed.

And the reason for the Fed’s dramatic shift away from stimulus and into tightening? One could argue that it’s merely the natural end result of inflationary manipulation; that central banks like the Fed were ignorant or arrogant and that they weren’t thinking ahead about the consequences. Except, this is false. The Fed knew EXACTLY what it was doing the whole time, and here’s the proof.

Way back in 2012 before Jerome Powell became Fed Chairman, he warned of a market crisis if the central bank was to hike rates into economic weakness after so many years of acclimating the system to easy money and QE. During the October 2012 Fed meeting Powell stated:

…I think we are actually at a point of encouraging risk-taking, and that should give us pause. Investors really do understand now that we will be there to prevent serious losses. It is not that it is easy for them to make money but that they have every incentive to take more risk, and they are doing so. Meanwhile, we look like we are blowing a fixed-income duration bubble right across the credit spectrum that will result in big losses when rates come up down the road. You can almost say that that is our strategy.

In other words, Powell and all other Fed officials knew ten years ago what was going to happen.

They knew that they were creating a massive financial bubble and that when they raised rates that bubble would collapse causing serious economic damage. Yet, they kept expanding the bubble, and now with Powell as chairman, they are popping the bubble.

No one honest can claim that the central bankers were “blind” or ignorant. This is an engineered crash, not an accidental crash.

If the crash is deliberate then it is a means to an end, and there is no reason for the Fed to intervene to save markets at this time. Some people will argue that this puts a target on the Fed as a saboteur of the economy, and they wonder why the central bankers would put themselves at risk? Because they have a rationale, a way out, and it’s called “stagflation.”

Price inflation coupled with negative GDP is the basis for a stagflationary environment. The only other factor that is missing in the U.S. today is rising unemployment, but this problem will arrive soon as numerous companies are slated to start layoffs in the winter. Stagflation is the Fed’s perfect excuse for continuing to raise interest rates despite plunging stocks. If they don’t hike rates then price inflation runs rampant and GDP declines anyway. If they return to QE then an inflationary calamity ensues.

In order to “save us,” they have to hurt us. That’s the excuse they will use.

It’s a Catch-22 event that they created, and I believe they created it with a purpose. But let’s imagine for a moment that the Fed has the best interests of the economy at heart; would a pivot back to QE change anything?

Not in the long run. Rising inflation is going to crush what’s left of the system anyway. Supply chain problems will only get worse as costs rise. To return to stimulus would indeed put a target on the central bankers. It’s better for them to pretend as if they are trying to fix the problem rather than continue with policies that everyone knows are draining bank accounts.

Stocks saw a rebound this past week for one reason and one reason only – rumors of a Fed pivot were spread and investors are hoping for a stop to rate hikes or a glorious return to stimulus measures.

It’s not going to happen.

Will the Fed stop rate hikes? Sure, probably when the Fed funds rate is at 4%. Will that mean a reversal is on the horizon? No, it won’t. And it won’t mean that the Fed is done with rate hikes. They could start hiking again a few months down the road as price inflation persists.

Will the Fed return to QE? I see no reason why they would. Again, they are fully aware of the damage they have done with the QE bubble and the popping of that bubble. They would not have hiked rates in the first place unless they wanted a crash.

Consider this: What if the goal of the Fed is the destruction of the middle class?

What if they are using the false hopes of retail investors in a return to QE?

What if this is a wealth destruction steam valve?

What if it’s a trap?

I present this idea because we have seen this before in the US, from 1929 through the 1930s during the Great Depression. The Fed used very similar tactics to systematically destroy middle class wealth and consolidate power for the international banking elites. I leave you with this 2002 admission by former Fed Chairman Ben Bernanke on the Fed’s role in the Great Depression…

In short, according to Friedman and Schwartz, because of institutional changes and misguided doctrines, the banking panics of the Great Contraction were much more severe and widespread than would have normally occurred during a downturn.

Let me end my talk by abusing slightly my status as an official representative of the Federal Reserve. I would like to say to Milton and Anna: Regarding the Great Depression. You’re right, we did it. We’re very sorry. But thanks to you, we won’t do it again.

Is the Fed really sorry? Or are they just repeating the same strategy they used 90 years ago while acting as if they are unaware of the eventual outcome?

Regardless of which answer you choose, I believe it’s more vital right now than ever before to ensure you’ve diversified your savings with a safe-haven store of value like physical gold and silver. These are assets whose value cannot be manipulated by the Fed, and aren’t subject to artificial scarcity at the hands of debt-drunk CEOs struggling to push up their quarter-end stock price.

Physical precious metals are real. Everything else in this economy, as you’re seeing right now, isn’t much more than an illusion.