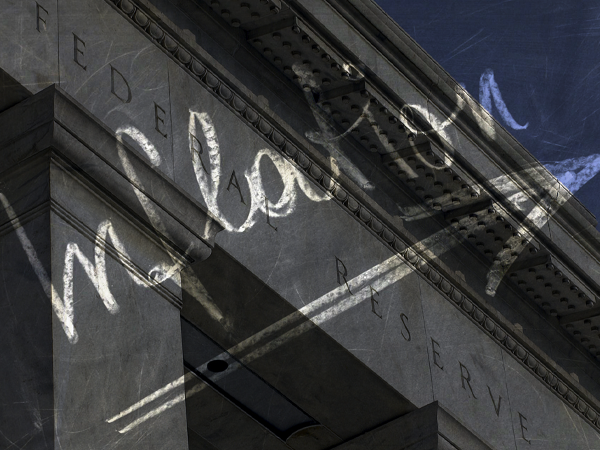 When the Federal Reserve announced in July its intent to let inflation “run hot”, there was fear that prices would rise rapidly.

According to Chair Jerome Powell, it hasn’t happened yet — or at least not to the degree that he would like. Here’s how a CNBC article summarizes the Fed’s latest policy stance, which demonstrates the central bank’s belief that inflation has not yet increased:

In addition to the expected move to hold the line, the Fed also provided specific language about its intent to hold rates low until inflation increases.

About that word – steady. The Fed likes to use the word “steady” to describe the recent increase in price inflation: “Controlling inflation in order to keep prices steady is one half of the Federal Reserve’s ‘dual mandate,'” according to a Forbes piece.

In the graph below, you can see the “steady” monthly rise in price inflation, from a recent low this May to 1.3% in August 2020: 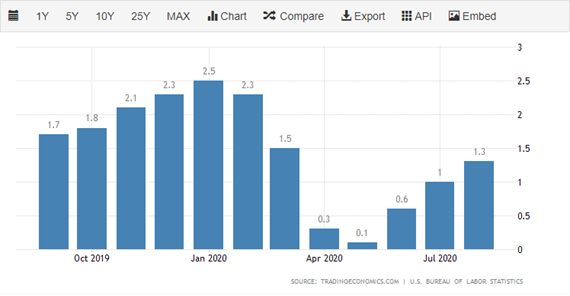 But this “steady rise” in inflation doesn’t tell the whole story – especially once you look a little deeper.

Keep in mind that the “official report” on consumer price inflation (CPI) reflects an average of food, energy, and “all items less food and energy.”

But when you look a little deeper, the picture gets much darker. Let’s start by digging in to the food price category:

So, as long as you don’t plan on eating much meat or eggs, you won’t get hit with the 7.1% price increase from that category. Cut back on the milk too, otherwise you’re footing the bill for a 5.7% increase in dairy.

It seems like a major source of price inflation that Powell and the Fed aren’t talking about is hiding right under the “food shell.” But that also begs the question…

What “shell” is the offset in prices hiding under so the 1.3% CPI holds true? All we have to do is dig into energy a bit:

Prices for fuel oil, gasoline, and other energy-related commodities are all way down.

This is to be expected. After all, airplanes, cars, and factories that rely on fuel have been used far less than normal during the government-imposed restrictions and lockdowns.

Robert Wenzel explains, “What is driving the general index down is declines in goods we are not using anymore, or are using a lot less. Airline fares are down 23.2% and energy is down 9.0%. But the goods people are actually buying are way up.”

So the bottom line is, food prices are skyrocketing and energy – which you’re likely using much less these days – is taking an expected price hit. Powell doesn’t seem to want to talk about it that much.

Finally, on the Fed’s decision to keep its main lending rate between 0% and 0.25%, which is likely to further impact price inflation down the road, Wenzel added:

It could be the case that Powell and the Federal Reserve are officially out of answers. That remains to be seen.

Don’t Fall for the Fed’s Misdirection

As inflation keeps rising at whatever rate the Fed wants to talk about, now is a good time to consider diversifying some of your savings into precious metals like gold and silver.

At least then you’ll be doing everything you can to ensure your nest egg is set up to weather the storm, even if the Fed wants you to believe it’s sunny outside.