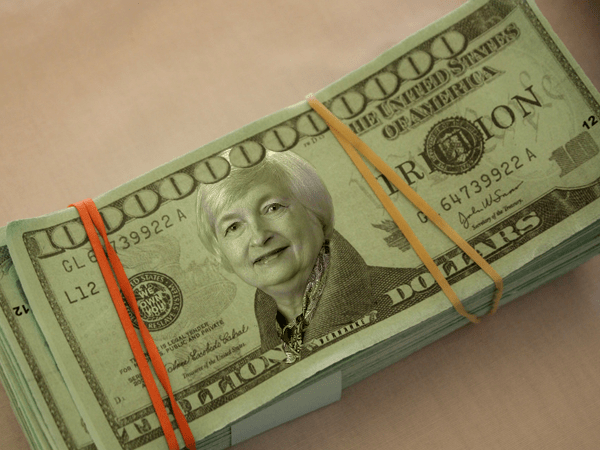 A Fed policy called quantitative easing, once thought highly risky and unconventional, could soon be making a comeback — possibly as soon as 18 months from now. Here’s what to expect if and when it happens.

Is the Fed Hooked on the Drug It Created?

In the midst of our last major financial crisis in 2008-09, the Federal Reserve essentially created money to buy up massive amounts of various assets, with the ultimate goal of increasing the money supply and boosting the economy.

The technical term for this activity is quantitative easing (QE), and its history is relatively short. The Fed used it for the first time after 2008, and some analysts worried about its long-term consequences — primarily because it was completely untested.

Put simply, quantitative easing is like a drug… It makes things feel better right now, but it’s easy to become dependent on it, and hard to get off of it.

QE’s primary intended effect is to inflate asset prices. But some argue that QE does more harm than good because it actually hurts employment and economic activity.

With all the negative side effects, you’d think that it would be better to avoid taking the drug at all. But apparently, for the Federal Reserve, that’s not an option anymore. They’ve already used QE, and now they’re hooked.

The next recession is likely to force the Federal Reserve to once again buy up large amounts of assets to boost the supply of money and stimulate the economy, a move that nearly a decade ago was considered drastic and unconventional, according to Boston Federal Reserve president Eric Rosengren.

“During a speech Wednesday at Bard College in New York, Rosengren said that such purchases — called quantitative easing — will probably become a go-to tool for the Federal Reserve in dealing with recessions. Low inflation, limited productivity growth, and an aging population “may necessitate more frequent use of large-scale asset purchases during recessions,” he said.

“A longstanding inflation-fighting method — lowering interest rates — may no longer be enough, he said. The Fed raised the key benchmark rate by a quarter percentage point last December and then again in March, but rates remain historically low and are likely to stay that way for a long time. That will give the Fed less room to lower interest rates enough to stimulate the economy in the event of another economic downturn, Rosengren said.

If Fed officials are already talking about more QE, how soon can we expect to see it? Well, some say as soon as 2019, or whenever the next round of problematic circumstances rolls around for the U.S. economy — which could be even sooner than that.

Some are speculating that the Fed is raising rates now so it can slash them and give the illusion of “doing something” later. Perhaps the Fed is doing the same with QE, priming us now so we’re prepared when it makes a reappearance.

The Good and Bad News About More QE

Let’s get the bad news over with first: More QE will likely inflate our currency, cause asset bubbles, and threaten the long-term safety of the economy — and all in the name of a quick and easy fix.

Whenever the Fed steps in with these overtly interventionist policies – especially when those policies may devalue the dollar – gold and silver usually rise.

When QE was introduced in 2008, precious metals thrived, and gold continued to power through its biggest bull run in years.

And if QE were to come back, it wouldn’t be surprising to see a repeat of that scenario. So if you haven’t secured your position in gold, this may be the perfect time to do so.