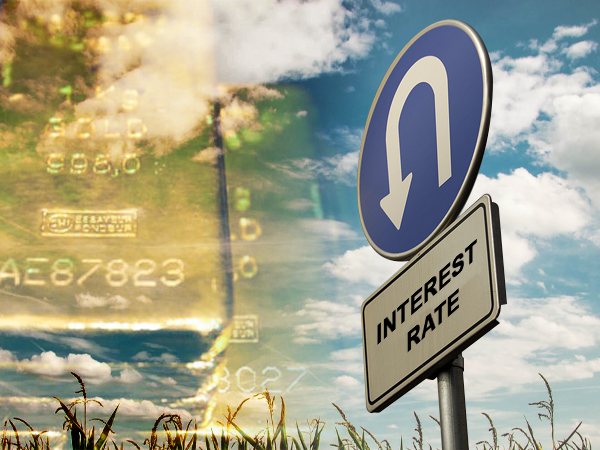 This week, Your News to Know rounds up the latest news involving precious metals and the overall economy. Stories include: Why the Fed’s policy shift is good for gold, Russia is dumping U.S. dollars in favor of gold, and how silver often takes first place for both collectors and investors.

The Fed’s Policy U-Turn is Decidedly Good for Gold

Last week, the Federal Reserve announced that it will probably not hike interest rates at all this year and downgraded its growth forecast for 2019. According to a recent article on Kitco, the announcement shot down market expectations that 2019 would see a minimum of two rate hikes. Perhaps more importantly, the dovish sentiment by Fed officials stood out in stark contrast to the hawkish rhetoric of 2018.

Gold prices fell immediately after the announcement and have lingered around the $1,300 level. But to John Reade, chief market strategist at the World Gold Council, there is no question that the Fed’s latest meeting was a highly bullish development for gold.

The general consensus is that tightening cycles place downwards pressure on gold prices, and the latest wrap-up will remove a major hurdle for the already well-performing metal. Furthermore, the previous two ends to hiking cycles resulted in significant long-term gains for gold. In the latter case, when the Fed stopped raising rates in 2007, gold prices wound up nearly 20% higher within 12 months of the policy change.

The dollar has held up so far, yet many of its supporting factors, such as economic weakness in Europe and emerging market volatility, also strongly support gold. After the Fed’s announcement, Reade is certain that the greenback’s persistent strength will soon begin to wane.

There are other historical precedents that point to good things in store for the yellow metal. As nearly every hiking cycle in the U.S. has triggered a recession, there is reason to believe that a crisis could be looming, especially given the now-confirmed growth slowdown. With equities teetering on the brink of a prolonged bearish cycle, Reade believes investors should seize the opportunity and bolster their portfolio with a significant gold allocation.

Russia’s quest to rid itself of U.S. currency in favor of gold has been well-documented. According to Newsmax, the country has continually led the way in central bank purchases by a wide margin, and the trend of voracious acquisitions appears to be intensifying.

Data from Russia’s central bank shows that the country’s holding of gold rose by one million ounces in February, the most since November. The country’s appetite for gold has led some to believe that Russia’s own mines could soon be depleted, and that the nation’s officials will proceed to import gold to meet their goals. Last year marked the first time that bullion demand exceeded mine supply.

Analysts have started to speculate on the potential impact of the so-called de-dollarization on the global economy. Although Russia’s purchases will be hard to beat, Newsmax reports several central banks have already shown a desire to diversify their reserves away from the dollar and into gold.

French President Emmanuel Macron recently told CNN that he feels as if European companies are too reliant on the greenback. The comments come after a record year in terms of central bank gold purchases, one that saw countries around the world buy more than 600 tons of bullion combined. Poland, Hungary and several other nations surprised market watchers with multi-ton gold purchases in 2018, supporting the notion that global central banks are moving away from the dollar.

What this will mean for the global reserve currency remains to be seen, although it’s clear that intense central bank buying has done much to support gold prices. Oleg Kouzmin, a former Bank of Russia official and chief economist at the Renaissance Capital in Moscow, said that Russia is also motivated to purchase bullion due to growing geopolitical risks.

How Silver Often Takes First Place for Both Collectors and Investors

While silver is sometimes treated as a runner-up to gold, a recent article by Greysheet revealed how the metal has frequently shed its second-place moniker to become a preferred investment. Among collectors, silver coins are frequently the most sought-after possession, whether it’s for standard mints or rare and valuable pieces.

This, like the metal’s myriad of industrial uses, serves to showcase silver’s versatility and oft-underestimated potential. Yet despite silver’s perpetual foothold in numismatics and manufacturing, it is most often talked about as an investment.

Over the past four decades, silver has enjoyed numerous bull markets that have seen the metal’s price shoot up multi-fold. These periods were generally brought about by economic hardship, and nowhere was this more apparent than in the 1979-1981 stretch, a time of high unemployment, high interest rates and double-digit inflation.

During that time, silver approached values of $50 an ounce, or $115 in today’s inflation-adjusted terms. While the dire three-year stretch may not be repeated to the same extent, there are reasons to believe that 2019 will be a year of hardship for many Americans. For some, the most prominent has been the U.S.-China trade standoff which could, somewhat ironically, result in heightened unemployment in the U.S. Besides numerous other threats to the domestic and global economy, there is also the issue of a dwindling silver mine supply with equally worrisome prospects.

All this is happening during a time when silver is, by most accounts, trading at bargain prices. Many analysts concur that the metal’s price is ripe for an increase of up to 25% based on historic data. To Greysheet, however, significant price gains are merely icing on the cake.

The Greysheet article says silver investment should be seen for what it is: a guard against inflation, a chance to obtain something of tangible value, and a guaranteed store of wealth even during times when all other asset classes and currencies betray the confidence of their holders.