Fidelity Sends Gold Investors into a Frenzy to Buy More 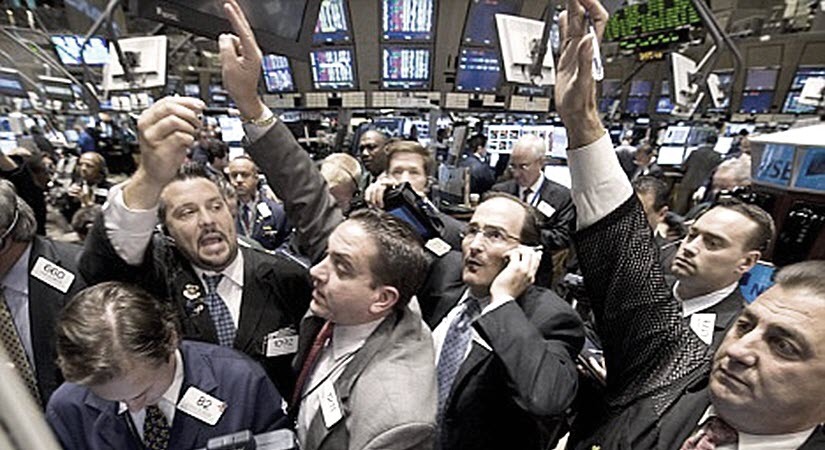 This week, Your News to Know rounds up the latest top stories involving gold and the overall economy. Stories include: Why gold isn’t above $2,000 yet, investment capital flowing into gold at a historic rate and physical gold demand rises by fastest pace since 2018.

Fidelity: Gold is merely taking a slow-but-steady approach to $2,000

Fidelity’s Graham Smith unveiled an analysis that hopes to answer a question on many minds: why isn’t gold above $2,000 yet? Smith noted that gold seems like the ideal asset to own right now, yet has been unable to find support above $2,000 on two separate occasions this year.

The main culprit for this is, according to Smith, sentiment over Federal Reserve rate hikes:

Gold has been hamstrung by expectations the U.S. Federal Reserve will now act quite aggressively to bring inflation under control. The prospect of further U.S. interest rate hikes adds to the relative attractions of the dollar over real assets like gold that have no yield. Fewer dollars are then required to buy an ounce of gold, reducing its dollar price.

If we know anything about the markets, it’s that they’re quick to react to whatever the Fed’s message-of-the-day proves to be. Even when a hiking cycle is ringing the recession bells, the market just can’t get past the seven-hikes-a-year plan. As is always the case, most if not all of these hikes have already been priced into gold.

Speculators seem to have forgotten that the only reason the Fed embarked on such ill-advised tightening was to rein in inflation. And while it’s dubious whether the Fed will be able to achieve this, it’s not not in doubt that inflation is one of the primary drivers of gold’s price.

Smith also believes that uncertainties over what Russia will do with its $140 billion gold stockpile might be keeping prices dormant. “Given that a substantial proportion of Russia’s assets have been frozen, there’s always the possibility some of the country’s gold – understood to be worth around $140 billion – could be sold to make payments.”

Smith noted that despite the lack of a major price surge, gold has been one of the few stable assets this year. It’s up 3.6% year-to-date, while both stocks and crypto have seen turbulence. The Russia-Ukraine war, China’s economic slowdown, soaring inflation and stock market volatility are all contributing factors. Any of these, along with a geopolitical escalation or a black swan event, could be the driver that ends up causing gold’s much-awaited breakout.

It may be all that gold needs is a bit more time. Poor returns from shares have unsettled investors recently, and any lack of improvement could spark moves into other asset classes. It’s also worth remembering that gold always has the potential to help shield investors when the world throws us a curveball.

In other words, gold’s role isn’t so much to make a quick buck as it is to help prevent savers from losing their purchasing power. That’s why you so often hear gold called a safe haven investment.

As Adam Hamilton reports on mining.com, one can feel disappointed by a lack of sentiment tracker in the gold market. Past the World Gold Council’s quarterly reports, broad gold demand trends can be difficult to gauge. The inflows and outflows from funds are perhaps an accurate representation of both sentiment and gold’s near-term trajectory.

Funds were known for their bearishness on gold even during times of positive price action. But many of the classic market staples are being reinvented. Gold abandoning its inverse correlation to stocks is a prime example of this. Large capital inflows into gold can be interpreted as outflows from stocks. Not only does this mean that funds can now tell us where gold might be headed, it also gives us an idea of when the stock market will finally correct.

After all, for as many feet as are tapping for gold’s breakout, there are even more waiting for the stock market bubble to burst. It’s clear to everyone that the market is running on stimulus, and that S&P 500 prices need to be normalized down. The average twelve-month price-to-earnings ratio of these stocks was 33.6, an astoundingly high figure that is considerably above the 28 bubble threshold.

As gold climbed nearly 10% on Russia’s invasion, the S&P 500 fell by 6.8% in an example of this stocks-to-gold correlation. While gold has a remarkable fundamentals backdrop, the stock market does not. Being stimulus-powered is just one issue. The highest inflation in 40 years will continue to erode stock fundamentals top-to-bottom, putting the market on even shakier legs. A minimum of a 20% selloff will most likely signal equities have entered bear market. As to how long, and how brutal that bear market will be, no one knows.

And it could become a trend! This behavior may persist for years as money managers look to rebalance their investments out of stocks, into gold. And this is gold’s worst-case scenario, one that assumes the Federal Reserve will somehow, as if by magic, avoid a severe recession, another “lost decade” of stagflation and economic depression – the so-called “soft landing.”

Considering this insatiable demand and possible change in institutional buyer habits, how much higher could gold go? Hamilton looks to history for an answer:

Gold’s current secular bull was born way back in mid-December 2015, when the Federal Reserve kicked off its previous rate-hike cycle. Over the 6.4 years since, gold’s best gains extended to 96.2% at early August 2020’s bull-to-date peak. That’s still quite small, dwarfed by gold’s previous secular bull that soared 638.2% higher between April 2001 to August 2011! Strong investment demand fuels these big bull runs.

Will we see a repeat of the last secular bull run? If we do, the prudent investors who own gold now will be much, much happier…

Demand for tangible, physical gold is unsurprisingly surging. The latest quarterly report from the World Gold Council informed us that, globally, gold demand rose by 34% in the first quarter of 2022 compared to last year. The jump to 1,234 tons marks the highest quarterly demand increase since 2018. Global gold demand during the quarter also exceeded the five-year average by 19%.

The WGC said that gold demand has been spurred in part by fund inflows (as we discussed above). Funds purchased 269 tons of gold in the first quarter, more than reversing last year’s 174-ton annual reduction.

Central banks added 84 tons of gold to their reserves in the first quarter, doubling their net buying compared to the previous quarter.

So what forces are driving this surge in demand? Kevin Rich, a global gold market adviser to the Perth Mint, has some thoughts on the subject:

There will be more demand for gold as a safe haven as long as the world is in disarray and as long as the war is raging in Ukraine. Until the Fed can really get their arms around inflation, gold demand as a hedge should be there.

As long as the world is in disarray?

Until the Fed can really get their arms around inflation?

The Federal Reserve’s policies appear to have caught up with it: the Fed now faces the Catch-22 of choosing between hyperinflation or another stagflationary decade. Due to the Fed’s recent hawkish rhetoric, numerous prominent Wall Street investors are already anticipating a severe and long-lasting downturn. Among them are Deutsche Bank’s economists, who worry that the Fed started the race far too late and is simply too far behind inflation to ever catch up.

So when we ask, Where is the demand for gold coming from? The answer is, just about everyone.