Fidelity Triggers Frenzy Among Gold Investors with This Announcement 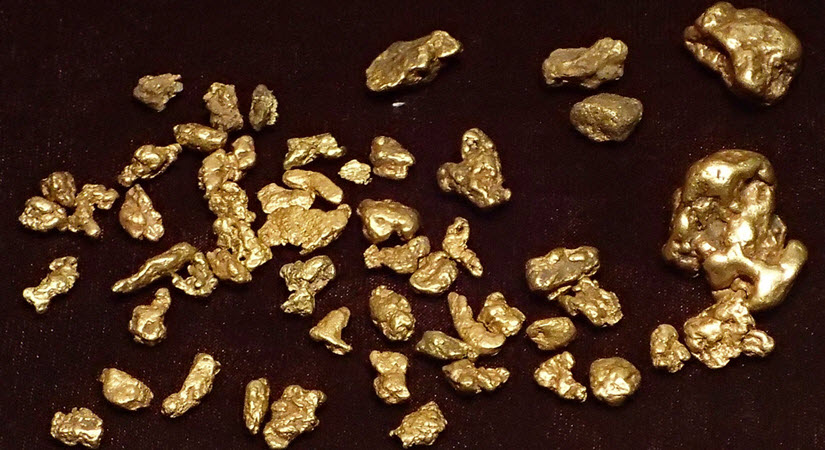 This week, Your News to Know rounds up the latest top stories involving gold and the overall economy. Stories include: Why Fidelity International thinks gold may be the “surprise asset of 2022,” how much will gold really be tested by rate hikes? and an update on the surge in contract demand for gold.

Fidelity International recently dove into an issue we’re grappling with every day: food, gas, rent, everything is getting more expensive. Though we’re most interested in how that affects us here in the U.S., nations around the world have been recording their highest inflation in decades.

Across the board, from kitchen staples to utilities and even leisure purchases, prices have spiked in a relatively brief span of time. The trend will probably continue.

One of Fidelity’s preferred ways of mitigating this, and one of the assets it likes most, is gold. As the report notes, having tangible assets in a portfolio is a key to riding out periods of high inflation. Tangible assets, also known as commodities, are assets whose value is in their intrinsic utility. They have value in and of themselves.

Examples include crude oil, livestock, industrial metals like iron and copper, corn, wool, coffee and so on (if you’re curious, here’s a full list). Precious metals including gold and silver are also commodities.

However, as Fidelity International points out, gold does more to diversify your savings than typical commodities. It has always been a risk-free way of preserving or accumulating purchasing power as cash becomes less valuable over time. That’s one of the big reasons gold is considered a safe haven asset.

In sum, the article calls gold “the surprise investment of 2022” and reminds us:

Gold performs well when other assets do badly, and it does best when people lose confidence in central banks’ abilities to contain a crisis.

Do 40-year record price surges count as a crisis?

If nothing else, Fidelity’s article reminds us that gold can play a star role in a well-diversified savings plan: holding its value against inflation and monetary debasement, and soaring when confidence falters.

How much will the hiking schedule really affect gold?

Investing.com‘s Geoffrey Smith purports that gold, and bitcoin too, are revealing their true colors as investments. After printing trillions of dollars over the last two years, the Federal Reserve wants to rein things in. It’s woken up to the threat of the U.S. dollar losing its status, or its value altogether, and aims to address it with a series of rate hikes.

Generally speaking, that’s bad for gold. As interest rates rise, investors who aren’t leery of paper assets prefer to buy bonds or other assets that pay interest on principal. So what can we expect this to do to gold’s price?

Smith points out that hawkish Fed policy (in other words, raising interest rates) requires a strong economy. The U.S. economy at the moment simply isn’t strong. One recently-observed symptom of weakness: The worst beginning-of-the-year stock market performance in six years. Wall Street seems increasingly concerned that stocks have been supported by printed money instead of company performance.

The air may be coming out of the bubble. So far it’s a slow leak, though, not a catastrophic pop.

Some are asking whether the Fed can raise rates at all. As Kathy Jones, Chief Fixed Income Strategist at Charles Schwab, said in a recent interview: “the market’s not sure that the Fed will actually be able to raise rates as much as they say over the next couple of years.”

Why not? Well, a few reasons.

With these considerations in mind, it’s doubtful we’ve seen the worst of inflation. The Fed’s already far behind the curve, and this late start will hamper the Fed’s efforts even more. Continued high (or even climbing) inflation tends to boost gold prices, which might be more than sufficient to counteract the effects of the Fed’s threatened rate hikes on gold’s prices.

It’s also worth noting that markets price in rate hikes even if they seem unlikely. And with that pricing in, gold closed Friday’s trading session at $1,818. The price action over the past weeks has been a repeating tale: any dip below $1,800 is soon met with strong buying.

Gold contracts for February climbed on Wednesday to their highest so far this year, marking the fourth consecutive rise. It’s the strongest string of gains since November, with silver contracts likewise notching consecutive gains. Last month’s rise in inflation exceeded forecasts by economists surveyed by Wall Street Journal, reaching a 40-year high of 7%. The lofty figure tells us that inflation will remain a theme for the rest of the year, and that the Federal Reserve has very much lost its grip from the targeted 2% rate.

Peter Spina, president and chief executive officer at GoldSeek, said that gold will almost necessarily perform well as inflation is its primary driver. Powell re-started his tenure as Fed Chair with no shortage of dovish looks.

For all the talks about hikes and balance sheet reduction, Powell admitted that the road to policy normalization would be a lengthy one not long after conceding that inflation will stick around. Peter Grant, vice president and senior metals strategist at Zaner Metals, said that the Fed’s hawkish inclination will be held back by a persistent threat of impacting the vulnerable labor market. Powell’s comments stating that it might be until June before the Fed has a balance sheet plan of action very much corroborate this.

“In my opinion, the Fed views full employment as the more important of its two mandates,” said Grant. “They’ll be more cautious this year than the minutes may have implied.”