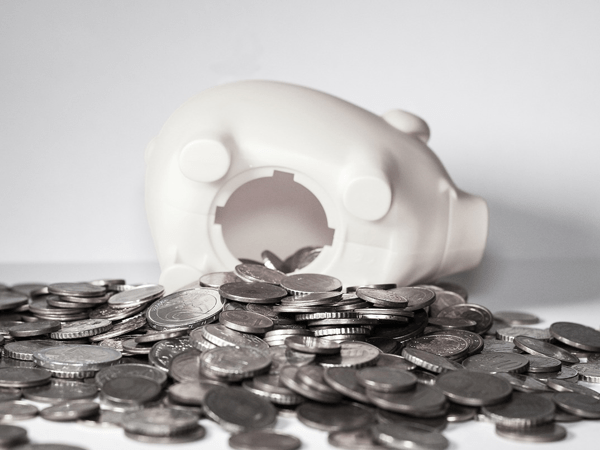 What was initially a slow breakdown in America’s pension system is now a speeding train wreck, one that has become a risk to more than just pension holders. New statistics on Americans’ saving habits are adding a new dimension to an already massive economic threat.

Traditionally, retirees have viewed pension programs as something they can count on 100%, no questions asked. For decades, pensions — both public and private — have always found a way to make good on their promises. But those days are long gone, and the conditions for pension programs in the U.S. are deteriorating quickly.

It looks as if America’s retirees and soon-to-be retirees are far less equipped to weather a future economic storm than we previously thought.

1 Mistake Most Current and Soon-to-Be Retirees are Making

Saving for retirement is crucial for security and comfort later in life. Pension programs make it easy by offering guaranteed benefits (well, supposedly…) and taking responsibility off individuals’ shoulders.

Employee retirement accounts (401ks and IRAs) have a similar story. Once an employee decides how much to contribute, the money goes in and they don’t have to worry about it ever again.

But there’s a negative side-effect that comes with that shift in responsibility: People start believing they don’t need to save for retirement outside their pension or employer-sponsored program.

After all, they’ve paid into the program for years. If it happens to be a pension, the benefits are supposed to be a sure thing. And if it’s a standard retirement account, the fund managers at whatever brokerage handling the account surely have everything under control, right?

With that mindset, why would they give up extra cash by putting it into some other retirement account and trying to manage it themselves? It would just mean extra stress and less spending money.

Well, there are several good reasons not to take that mindset, which we’ll get to in a second. But first, let’s talk about…

The Desperate Reality for Retirees

Not only is there a rampant misguided mentality regarding the safety of pensions and retirement plans, but the decline in Americans’ rate of retirement saving is reaching epidemic proportions.

A recent report from the Employee Benefit Research Institute peeked behind the curtain of Americans’ retirement savings habits, and what they found isn’t pretty. The report is called the Retirement Confidence Survey (RCS), and it’s been collecting annual retirement data longer than any other formal study.

Here are two particularly shocking findings from the most recent RCS:

That means if these individuals were forced to retire tomorrow, they’d be utterly destitute. On top of that, they’d be an immediate draw on the country’s already crumbling retirement welfare system, which is expected to become insolvent after 2034.

2) 47% of workers report a net worth of less than $25,000 (excluding the value of their home and primary retirement plan).

This proves one very important thing: the majority of Americans are putting all their trust into one employer-sanctioned retirement plan. Outside that plan, their savings are pretty much abysmal. And what happens if your pension goes bankrupt — as an increasing number are today — or your 401(k) or IRA goes up in smoke after the next market crash? You’ll be out of luck.

If you’re like the millions of Americans who are unfortunately putting all their eggs in one basket by relying solely on an employer sponsored retirement program or pension, the most important thing for you to do is start hedging your risk against what could soon be America’s next economic meltdown: the retirement system collapse.

As you seek that risk aversion, ask yourself:

As one of the nation’s leading dealers of physical precious metals – particularly for use in a self-directed Precious Metals IRA – we strong believe that physical gold can satisfy those demands.

Setting up an IRA backed by gold is just as simple – maybe even easier — than any form you filled out for your current retirement plan. In fact, the IRA Specialists at Birch Gold Group can assist you in the entire process. Plus, gold is one of the best ways to put a barrier between you and the financial chaos that may come from today’s looming retirement crisis.

If you’ve been waiting on the sidelines and are ready to act now, we’re ready to help.