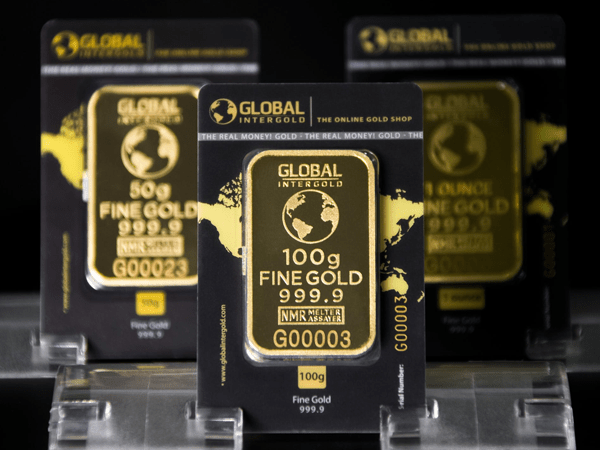 This week, Your News to Know rounds up the latest news involving precious metals and the overall economy. Stories include: Expert says all signs point to higher gold prices, the ingredients for silver’s breakout are here, and gold is still on track to hit $1,400 an ounce.

For Alain Corbani, head of commodities at Finance SA, the current monetary policies of central banks around the world look as if they’re tailor-made for a bullish gold market. Corbani sat down with Kitco while attending the Prospectors & Developers Association of Canada convention in Toronto and shared his views on why gold is bound to continue heading up.

Like many analysts, Corbani closely follows Fed rhetoric in order to gauge where the market is heading. Over the past few months, the Fed hinted towards a potential halt to their hiking cycle, which could leave real rates in negative territory for the foreseeable future. Combined with higher inflation, twin deficits and a high debt-to-GDP ratio, gold has all it needs to continue outperforming, reports Kitco.

Corbani was also very critical of the M&A (mergers and acquisitions) trend in the mining industry, which has become especially prominent in recent years. “I think it’s disruptive, and I think it’s destructive, I don’t think that it’s value-driven,” he said.

Gold’s supply picture has looked progressively worse since the metal’s 2011 highs, and sales and takeovers of mining companies are only some of the reasons behind this. Along with extensive cost-cutting by most major miners, the gradual assimilation of smaller mining companies could further inhibit new ore discovery and potentially lead to higher prices should demand outstrip supply.

The Ingredients for Silver’s Breakout are Here

After years of excessively low prices, 2019 could finally see silver climb to its full potential. At the miners’ conference in Toronto, Lobo Tiggre, principal analyst and editor of The Independent Speculator, spoke to Kitco about his forecast for the silver market heading into the second quarter and beyond.

Although Tiggre stressed that he maintains a neutral stance on precious metals, the analyst noted that it would be difficult not to get excited over silver’s prospects moving forward. Tiggre, like many other analysts, places special importance on the relationship between gold and silver, and he believes that the former’s breakout will heavily support the latter.

“2019 could be the year we finally break out of this range that we’ve been in … in gold terms, between $1,200-$1,400. We have both the fear trade and greed trade potential playing into precious metals this year,” he noted.

Because of silver’s volatility, Tiggre said that the metal has room to jump even higher in proportion to gold.

Interestingly enough, Tiggre pays little attention to the gold/silver ratio and doesn’t include it in his bullish prediction. His opinion stands in stark contrast to many experts who believe that the overblown ratio is perhaps the biggest indicator that a silver price breakout is imminent. Nonetheless, both Tiggre and his colleagues agree that silver’s current bargain premiums aren’t going to be around for much longer.

In a recent report on precious metals, Dutch Bank ABN Amro reiterated its stance that gold will hit $1,400 before the end of the year. According to Georgette Boele, ABN’s coordinator of foreign exchange and precious metals strategy, the metal’s recent hovering around the $1,300 mark is the result of a still-strong dollar and an unexpected spike in Treasury yields, reports Kitco.

Both of these factors should become less of an issue as the year progresses, said Boele, adding that investors shouldn’t be surprised to see gold hit $1,365-$1,375 in the short-term even in the face of these two tailwinds.

The dollar is bound to weaken as the Federal Reserve slowly puts an end to a tightening schedule that started in 2015. Boele said that the shift to a looser monetary policy will be mirrored by other central banks. Her report comes not long after the European Central Bank staved off its plan to hike rates until at least mid-2020 amid forecasts of stagnant growth.

The jump in Treasury yields is unlikely to affect gold significantly, as most agree that Treasuries are in a worrisome spot due to a sinking yield curve. Should the curve indeed turn flat, many analysts warn that an economic crisis will follow.

As gold moves towards $1,400 an ounce in H2 2019, its rise should provide support for silver prices and allow them to go higher. In the meantime, gold bugs can rest in knowing that the yellow metal has held above its 200-day moving average even during selling in a clear display of technical strength.