This “Financial Law of Gravity” Predicts an Inevitable Market Collapse 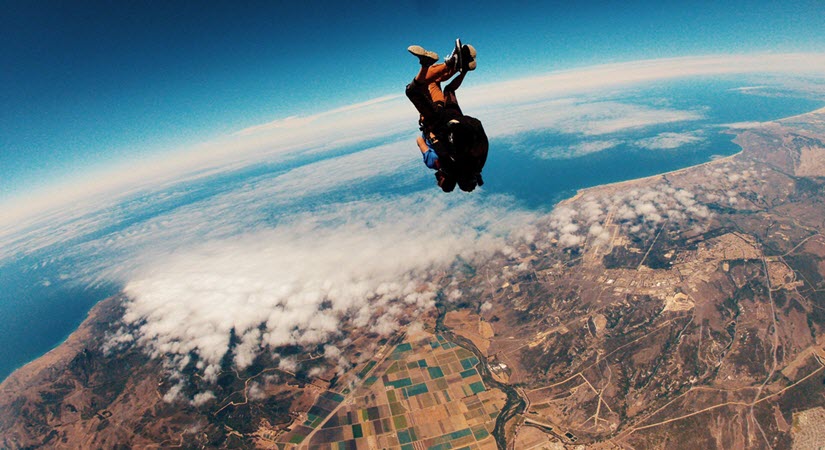 What goes up always comes down...
Photo by Muzammil Soorma

“Brace for a significant market correction,” said Mark Zandi earlier this week. He hinted that a 10 to 20% correction was already underway.

CNBC reported that a moment of clarity may have finally clicked with investors:

Investors are juggling several signs that the rapid economic growth from the depths of the pandemic could be peaking.

If that growth is peaking so soon, after a few short months, then it simply wasn’t sustainable based on market fundamentals. No matter how much free money the Fed handed out.

Moody Analytics’ recent analysis reinforces this idea that market fundamentals might be taking over with two recent examples.

Their first analysis points the spotlight on the historically overvalued market, bid to ridiculous heights by speculators:

The market has become meaningfully overvalued—price-to-earnings multiples are outside of most historical bounds—and bordering on speculative. The explosive popularity of GameStop and other meme stocks, the Archegos Capital kerfuffle, and the proliferation of SPACs or so-called blank-check companies are symptomatic of the froth in the market. We expect the stock market to more or less trade sideways for the foreseeable future as it digests the shift in monetary and fiscal policy, but given the overvaluation/speculation, odds are uncomfortably high it will suffer a more severe correction. [emphasis added]

The “correction” this bit of analysis refers to would come from the shift in fiscal policy. In other words, should the Fed do anything to make speculators fear the flood of free cash might have already peaked and will recede…

Moody’s second analysis focused on an overvalued housing market and the resulting correction as that market “normalizes”:

This means some markets, mostly in the South and West, are seriously overvalued—by over 20%. Such a market is vulnerable to a meaningful correction as mortgage rates normalize and work-from-anywhere at least partially unwinds.

What’s it worth? No matter how much you paid for it, it’s worth a nickel.

Now, there are many market forces at work here, but one in particular seems to stand out. We can call it “market gravity.”

The market’s version of gravity

While it isn’t the only force affecting the market right now, “reversion to the mean” does tend to act like gravity when excessive speculation and malinvestment run wild in the markets.

Here’s what reversion to the mean looks like in markets…

Sometimes valuations are high, sometimes they’re low. They bounce back and forth, up and down, around a middle value. The mean value.

In the real world, using the overvalued S&P 500 and housing markets as examples, if they were to “revert to the mean” then:

You don’t need even first-year college economics to understand what happens to the economy when stock prices plunge 50-60% across the board. But it’s actually even worse than that…

Remember our beach ball example? When you push the beach ball down, it doesn’t snap right up to the surface. It leaps out of the water for a moment. And when you throw the ball into the air, it doesn’t fall right back to the top of the pool. First, it goes just a bit below the surface…

Historically speaking, big market bubbles are followed by collapses well below the mean value. On Black Tuesday in 1929, the Shiller p/e ratio was about 30. A few months later, it fell to about 6…

Not everyone sees an event like this as a disaster. Legendary investors like Jeremy Grantham are counting on it. He told Bloomberg that he sees the current mania-fueled stock bubble “over extended” and called the last 12 months a “classic finale to an 11-year bull market.” When the bubble pops, smart money investors like Grantham swoop in and buy up stocks at a discount.

The Wall Street Journal is already calling the next bear market a “long and deep one.” You might want to consider how your savings would weather a 50% stock market collapse, followed by a long and deep bear market.

Risking your retirement security on speculation doesn’t seem like a good idea, whether it’s a gamble on flipping overvalued real estate or chasing quarters with the Reddit crowd.

The lure of a quick buck can plunder your retirement savings if you’re not cautious. That’s why basing your decisions on sound fundamentals (like diversification) is almost never bad advice.

If you’ve already diversified your savings and are certain you’re happy with your risk levels, then congratulations! The looming correction will give you a chance to go bargain shopping for stocks. Like William Bernstein said, young investors should pray for a bear market.

But if you’re not a young investor, aren’t well-diversified, or you’re uncertain of your risk profile, then you have a chance to get your strategy in line with your goals. Diversify your savings as you see fit, and consider giving your nest egg some ballast with intrinsically-valuable physical precious metals. You can get gold and silver on your side before the market suffers a major correction, when those without the foresight to plan prudently scramble for safety.